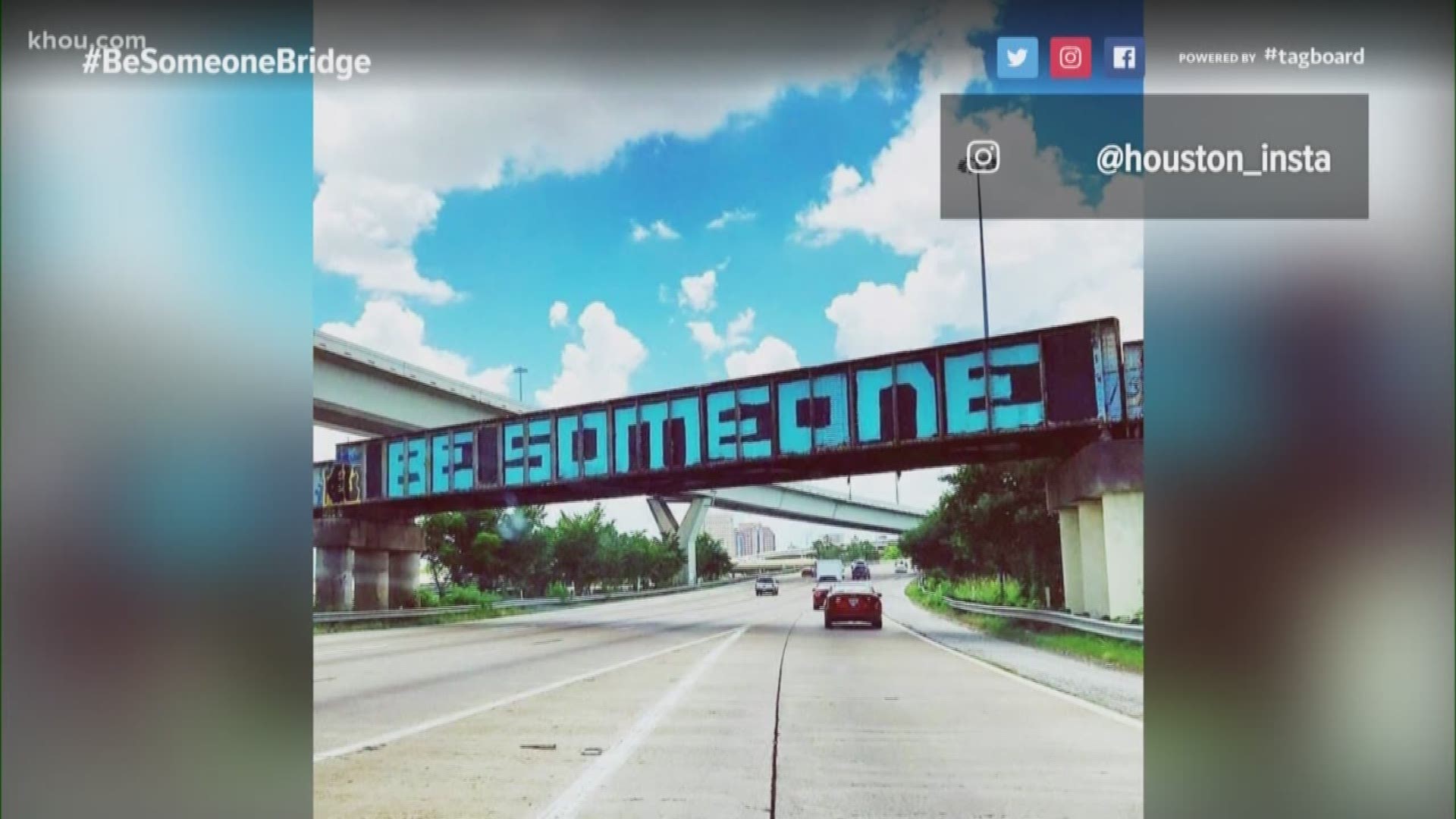 HOUSTON — Can we just leave this Houston landmark alone?

The famous "Be Someone" train bridge over I-45 near downtown has apparently been vandalized once again. This time the teal lettering isn't just altered - it's completely wiped out with black paint.

One Twitter follower pointed out the bridge is state property and is sometimes "cleaned" of its graffiti. But in this case the graffiti wasn't cleaned very well, if the state was indeed responsible. And there's still graffiti surrounding it.

Others on social media miss the graffiti and are asking for artists to repaint it and put "Be Someone" back up.

KHOU 11's Melissa Correa first spotted it on her drive into work on Tuesday.

Credit: Melissa Correa, KHOU 11
Be Someone bridge blacked out on Tuesday, April 23, 2019

She spoke with the man behind the original artwork who painted the two words for the first time back in 2012.

"A lot of people just sit there and tell me how it’s changed their life. How it gives them motivation. Like, they just drive by it every day. A nine to five job. There are people who have told me they have quit their job and followed their dreams and they’re doing great." said the artist.

LISTEN: Melissa's "Conversations with Correa" podcast speaks to the artist

July 21 has been named National Be Someone Day where everyone is encouraged to take 10 seconds to make a difference.

However, more people have begun to add their names to the petition in recent days as news of this latest painting began to circulate.

We're standing by for more details. Check back for updates.