There have been five black bear sightings in East Texas this season, alone. 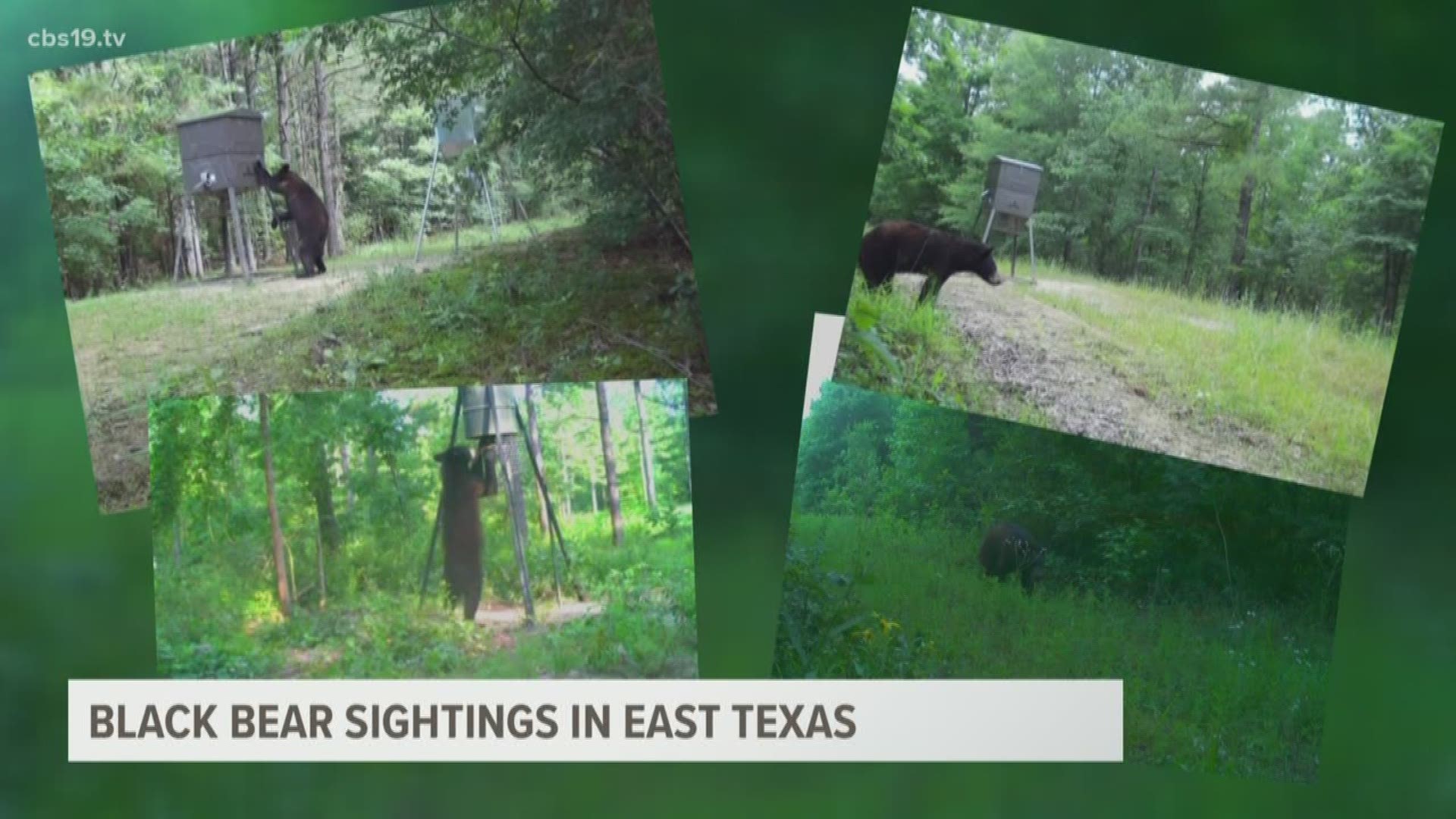 TITUS COUNTY, Texas — Lions, and tigers and BEARS! Oh, my!

The Texas Parks and Wildlife Department (TPWD) is asking East Texans to be on the lookout after black bears were spotted on multiple occasions in the Piney Woods.

"We've had five sightings as of today," Stephen Lange, wildlife division regional director for the TPWD, said. "Of those five sightings, we believe that three of them are the same individual bear based on the time and date the photographs were submitted to us."

According to the TPWD, game wardens recently responded to a call concerning a black bear that had been photographed from a homeowner's back porch in Titus County. Other counties with reported sightings include Bowie and Grayson counties.

Thanks to years of conservation efforts in neighboring states, black bears are making their way across state lines and returning to northeast Texas. Learn how you can help our biologists track bear sightings at https://bit.ly/ETxBears

Posted by Texas Parks and Wildlife on Tuesday, June 30, 2020

"We believe these bears are coming out of the either Oklahoma and or Arkansas because both of those states support breeding populations," Lange said.

In 2012, the East Texas Black Bear Task Force was created after an influx of black bear sightings in the region. Since then, the group has been renamed the Texas Black Bear Alliance (TBBA).

According to the TBBA, black bears (Ursus americanus) are the most common and widely distributed of the three bear species in North America, which include grizzly bears and polar bears. The historic range of black bears in North America included the major forested areas in America, Canada, and northern Mexico. Today, their status and density vary considerably within the current existing range.

The TPWD says black bears are not as dangerous as some people think. For one thing, most of their diet is vegetation, so they may pose less of a threat to livestock than some other predators. And like most animals, they will seldom approach people.

If you suspect bears in your area, pay careful attention to signs such as:

Although you may not see the animal, the evidence of their presence is usually clear. Take pictures of suspected bear sign using a ruler or other standard item for scale and send them to your local biologist for interpretation. Bear tracks stand out and are unlike any other you might encounter. Bears use their teeth and claws to mark trees or other surfaces to mark territory.

Black bears are protected in Texas — it is illegal to hunt, trap, kill, or otherwise take them, according to Texas A&M University. Texas hunters should make sure that they know their targets as hogs and bears can look very similar from a distance. However, if a bear is a clear and present threat to human safety or property, it may be killed. When conflicts with bears arise, you should contact your local TPWD biologist.

"We do have activity in the area it would be really great if we can get people to report sighting," Lange said. "Reach out to your local biologist, your local game warden and help us collect that type of information so we can better monitor the species."

Research is currently underway by the TPWD to determine the status of black bears in Texas. Another study in being conducted in East Texas to determine habitat suitability.