Kobie Shar Holiman, who was allegedly abducted in Bells, Texas, had been missing for nearly two days before being found Saturday. 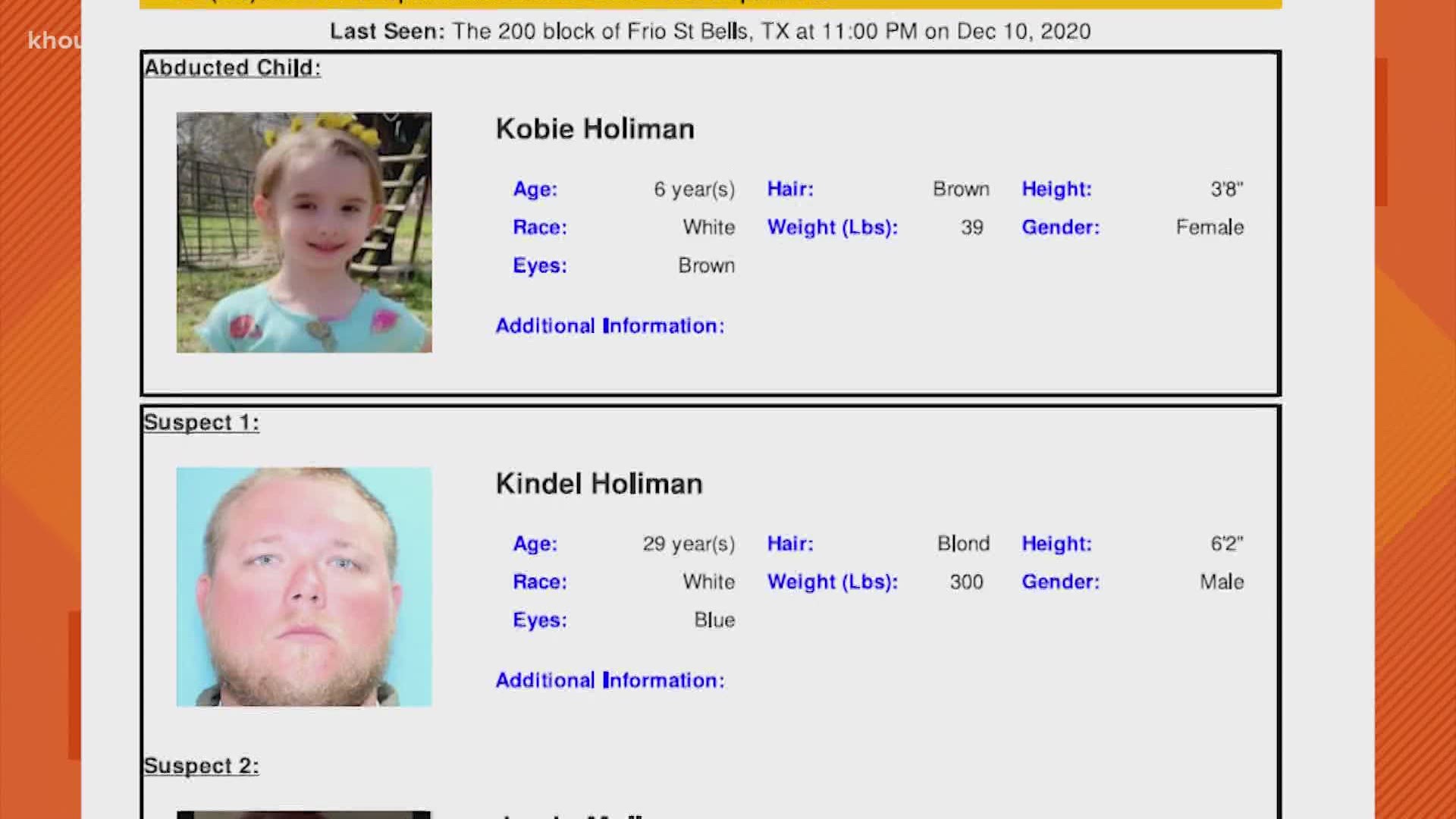 BELLS, Texas — The AMBER Alert has been canceled for a 6-year-old girl who was allegedly abducted in Bells, Texas. It's a town about an hour northeast of Dallas.

Kobie Shay Holiman was found about 8:15 p.m. Saturday. Details regarding where she was found and her current condition have not been released at this time.

Editor's Note: The above video aired Saturday morning before Kobie Holiman was found.

Police believed Kobie was in immediate danger after she went missing around 11 p.m. Thursday near the 200 block of Frio Street in Bells.

The suspects wanted in connection with this alleged abduction are Kindel Kody Holiman and Jaydn Faith Muller. No word as to whether or not they've been taken into custody.

Credit: TxDPS
Suspects wanted in connection to the alleged abduction of Kobie Holiman

Kindel is described as a white man who is 29 years old. He is about 6 feet tall and weighs about 300 pounds. He has blonde hair and blue eyes.

Muller is described as a white woman who is 27 years old. She is about 5 feet 5 inches tall and weighs 135 pounds. She has brown hair and hazel eyes.

The suspects are driving a maroon, 2020 Ford Explorer with paper temporary license plates.

If you have any information regarding the case, please call the Bells Police Department at 903-813-4411.