Who is Levi Goss, man charged in brutal rape?

Levi Austin Goss, 24, is charged with aggravated kidnapping and aggravated sexual assault of a child. 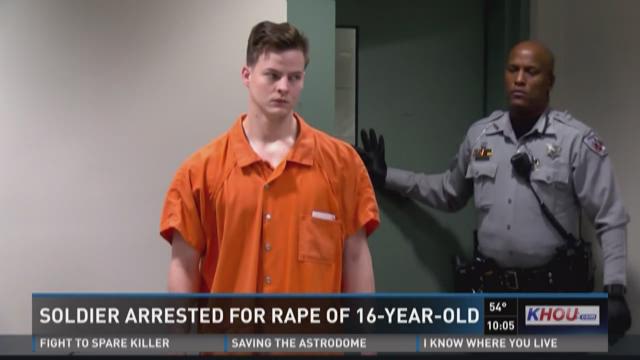 Levi Austin Goss, 24, is charged with aggravated kidnapping and aggravated sexual assault of a child.

Authorities say on Feb. 5, 2013, Goss kidnapped a 16-year-old who was walking on Spring Cypress Road, hit her in the head with the blunt side of a hatchet, dragged her into a wooded area, raped her then beat her again, leaving her to die.

The victim survived by pretending she was dead, then after the suspect left, she walked to a nearby movie theater for help, according to investigators.

Although she was naked, witnesses said she was covered in so much blood, they thought she was initially wearing a red dress.

A Private First Class in the U.S. Army, Goss enlisted in 2016 and serves as a parachute rigger with the 82nd Airborne Division. Currently stationed at Fort Bragg, the Port Arthur area man spent most of his life under the radar of authorities, until the summer of 2017 when he was pulled over for a DUI and also connected to another sexual assault.

Harris County investigators say Goss became a suspect in a 2017 sexual assault in North Carolina, which triggered his DNA being uploaded into a national database. In December 2017, his DNA matched DNA collected in the 2013 Harris Country rape.

Goss is being held on a $1 million bond in North Carolina and is expected to be extradited back to Harris County within 10 days.

Goss has not been charged in the North Carolina sexual assault case, as it’s still under investigation. Few details have been made public regarding this case.

On Tuesday, investigators with the Sheriff’s Office said they expect the Department of Defense to issue Goss with a Dishonorable Discharge soon.