According to the Wells Police Department, the boy's father, DeAndre Argumon, has been arrested. 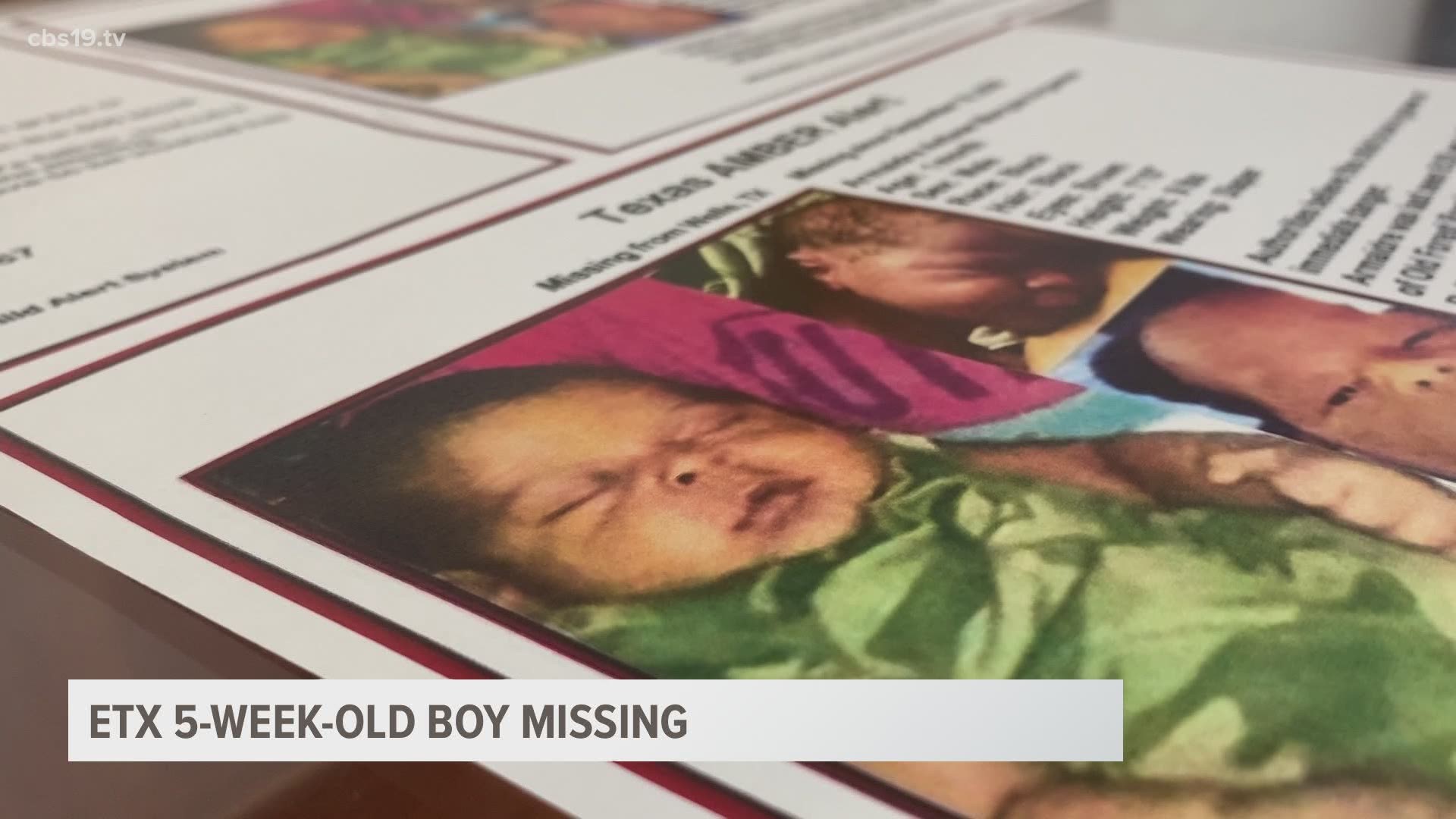 CHEROKEE COUNTY, Texas — During a press conference on Tuesday, the Cherokee County Sheriff's Office (CCSO) provided updates in regards to 5-week-old Armaidre Antwan Marquie Argumon, of Wells, who is the subject of an AMBER Alert.

Watch the press conference in the video below:

According to the Wells Police Department, the boy's father, DeAndre Argumon, has been arrested for endangering and/or abandoning a child. Prior to this arrest, officials say DeAndre had just been been released from jail on Tuesday, Sept. 15, due to a parole violation.

Officials are asking the public to be vigilant and to look for anything suspicious. They are asking residents who have seen "fresh graves" in the woods or near cemeteries, to contact officials as soon as possible. They also asked if anyone is keeping the infant to please hand him over to authorities.

#MissingChild: Armaidre Antwan Marquis Argumon, a one month old from Wells, has been missing since last Friday. The Cherokee County Sheriff’s Office is holding a press conference in 15 mins with an update. @kytxcbs19 pic.twitter.com/I3BXwiphww

Police are asking the public if they saw Deandre driving a 2003 gray Ford Explorer between the hours of 10 a.m - 2 p.m. on Friday, to contact officials immediately. The vehicle has been located.

Cherokee County Crime Stoppers is offering a "substantial" reward for information leading to additional arrests or the location of the infant. Residents can contact crime stoppers at (903) 586-STOP (7867) or CCSO at (903) 683-2271.

Crime Stoppers said they are looking for any information regarding this case and will offer a reward. @kytxcbs19 pic.twitter.com/gAoMqOGfG9

This is a developing story and CBS19 will update this article as more information becomes available.