Organizers are highlighting similarities to the 1965 march from Selma to Montgomery, Ala. with Dr. Martin Luther King Jr. 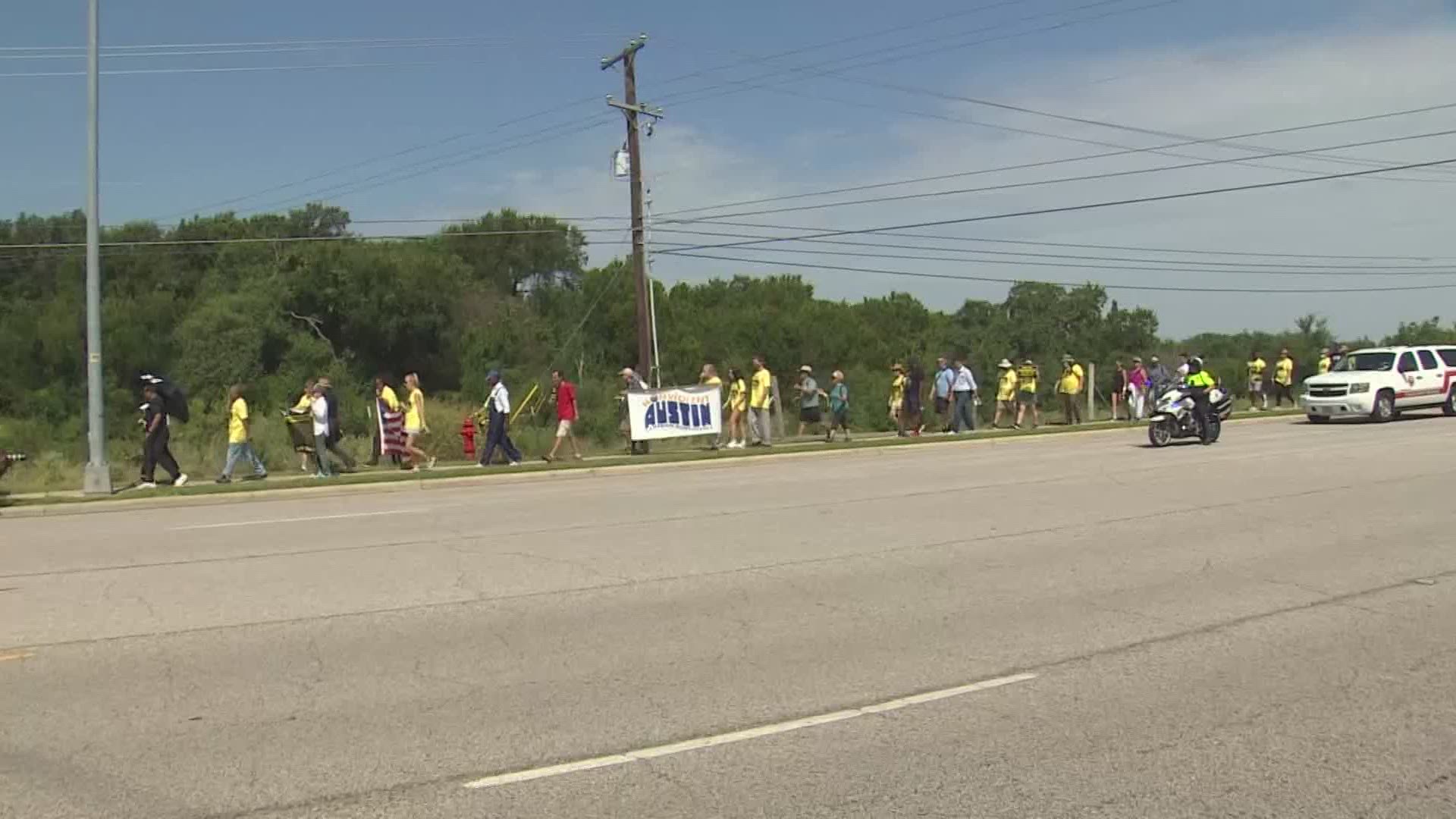 They carried signs and chanted songs of freedom and democracy as they marched through the streets with a police escort.

These activists plan to reach the state capital in time for a voting laws rally Saturday that's expected to have thousands in attendance.

#Drone11 follows marchers with @UniteThePoor and @BetoORourke as they make their way to Austin in support of voting rights reform. | Follow @JanelleKHOU as she follows the march. #poorpeoplescampaign pic.twitter.com/QuAhqClEpt

"This is my moment. This is our moment, and this is why I’m here,” said Eugene Howard who drove from Houston.

"I think it shouldn't be a political thing. I think it should benefit everybody, that it allows everyone the opportunity to vote,” said Fabian Cuero, one of the marchers.

It’s only 27 miles to the state capitol — only 27 miles to get their message heard. They'll do about 10 miles a day, and each day will be broken up into three shifts with 125 maximum participants per shift because of COVID-19 concerns.

"A lot of work has gone on, especially by the Poor People's Campaign and other organizations who have helped to put this together," O'Rourke said. "They did such a good job to get the word out."

O'Rourke said he hopes the march will bring attention to the For the People Act, a federal bill that could expand ballot options for eligible voters. If passed, it has the potential to block voting restricts currently being considered in several states, including Texas.

"It's like the 1965 Voting Rights Act in its scope and the power and the effect it's going to have on opening the vote to eligible voters," O'Rourke said.

“It’s been a powerful day of marching.” After 9 miles and about 5 hours of marching, today’s stretch has ended in Round Rock. They’ll pick back up here tomorrow morning at 7am. @KHOU @BetoORourke @UniteThePoor #PoorPeoplesCampaign pic.twitter.com/v2699o3Xy6

"We are tired, we are worn, but we are not weak,” Deneda Jones with Texas Poor People’s Campaign said.

Reverend Dr. William Barber has put out the call for people to join him in his fight for voting rights.

"The day that the For the People Act is passed is the day everything that the Texas legislature is doing becomes illegal,” said Bishop William Barber with the Poor People’s Campaign.

Organizers are highlighting similarities to the 1965 march from Selma to Montgomery, Ala. with Dr. Martin Luther King Jr.

And O’Rourke says he'll be there every step of the way.

You have to be registered and vaccinated to be in the march. But once they reach the capitol, they're calling anyone and everyone to join them at Saturday’s rally.

"You are in this fight, or all of us will be out of it, so I encourage you to join us on this march and most importantly, be with us, in front of the state capitol, this Saturday 10 a.m. Will you join us?" O'Rourke said.

On the other side of this fight, Republicans are adamant the voting bills they're trying to pass will only make elections more secure and make it harder for people to cheat.