Scott Hardy is a YouTube star from Texas who's known for spreading kindness. Watch how he reacted after another driver struck his car and drove away. 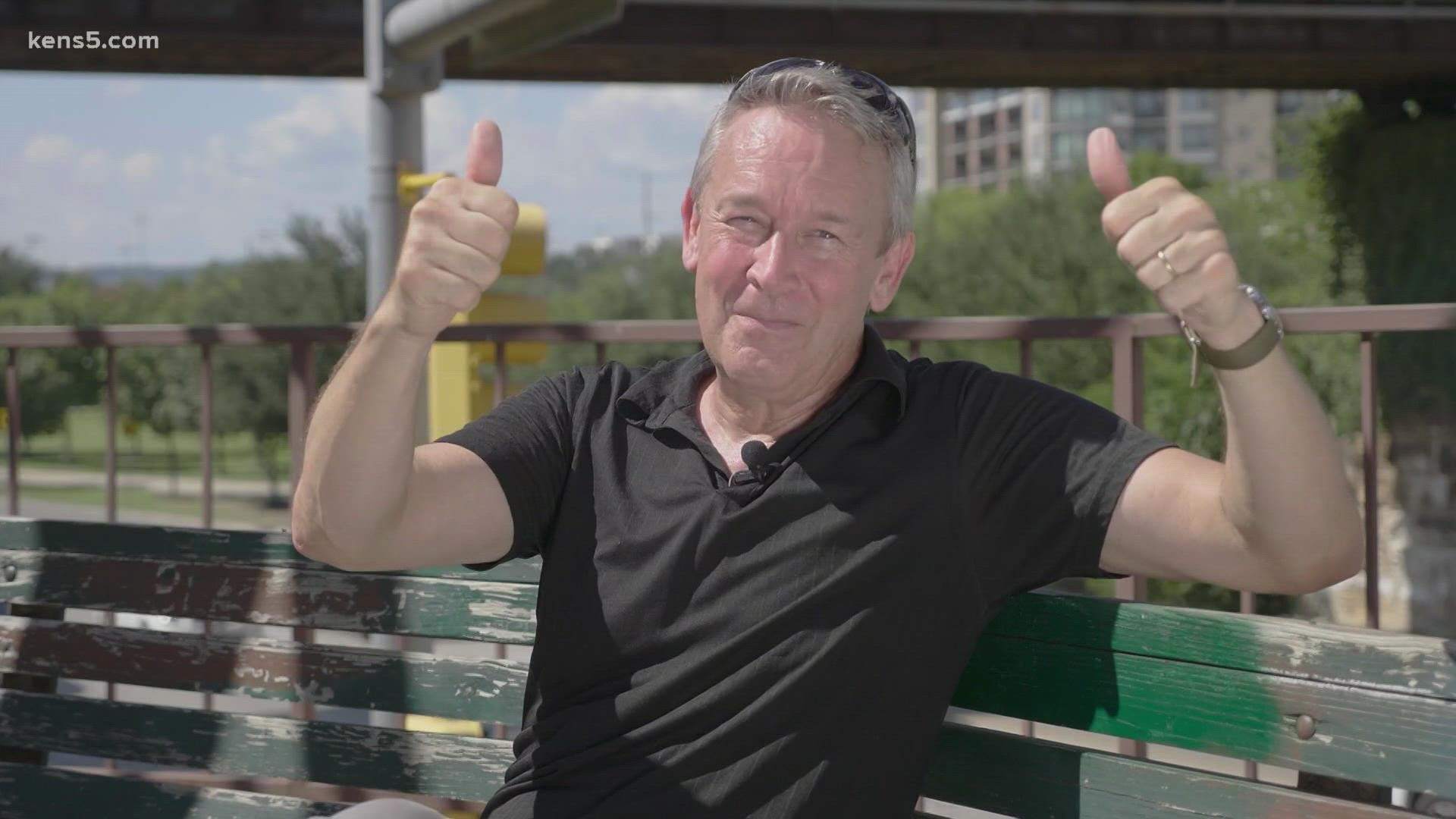 SAN ANTONIO — What would you do if you were blind-sided by a hit-and-run driver?

He is no stranger to helping people navigate traffic challenges. He is, quite literally, a H.E.R.O.: a Highway Emergency Response Operator and volunteer firefighter.

However, he admits that being rear-ended by a hit-and-run driver tested his mettle.

“I can be calm and cool as a cucumber in your crisis, but in my crisis, it rattled me a little,” he said in a YouTube video that documented the incident.

While turning into a car dealership near Ingram Park, a driver hit Hardy from behind, then sped away. With little pause, Hardy whipped his vehicle back onto the I-410 access road in a determined pursuit of the driver.

When he caught her, he waited for her to exit her vehicle, and he killed her with kindness. Noticing how shaken up the young driver was, he decided to help her fix her car instead of calling the police.

While cutting off some hanging parts of her front bumper with his pocketknife, he shared some helpful information to get her on her way safely.

“Was it a hit-and-run? Yes,” he reassured his YouTube audience, “Did she pull over and do the right thing? Yeah. Just remember, try to have compassion and kindness, even in crisis.”

While incidents like these seem random, Hardy insists that acts of kindness do not have to be. He is known by more than 92,000 YouTube subscribers for his intentional acts of goodwill toward the people he encounters.

Of all the great titles he has accumulated from his work in the community, there may not be one more fitting than "Uncle Mullet." As a hard-working first responder and stand-up comedian with a YouTube show, he can be safely summed up as serious business up front and the life of the party in the back.

In a time when every person on the planet has been blind-sided by unexpected challenges, the man behind the mullet suggests that we can all afford to be in control of our responses if we follow this simple call to action:

“When [moments of crisis] happen,” he encouraged, “Take that breath… take a beat… try to listen… try not to personalize conflict… try to get from the base of your brain when you’re just ready to react.”