The Century Tree: An Aggie tradition rooted in love

Texas A&M is a university rich in tradition, including one that inspires a lifetime of love like George and Barbara. 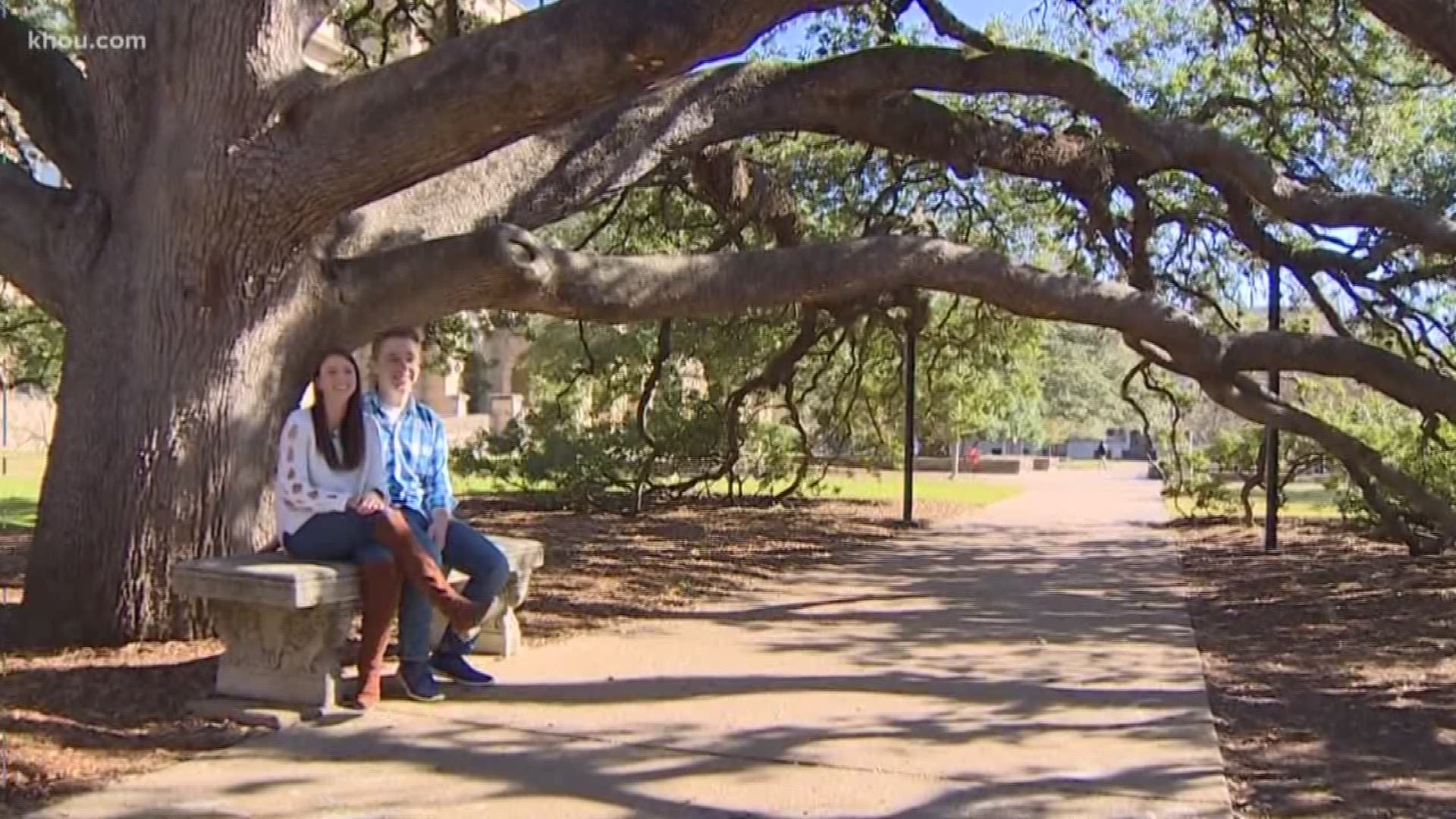 COLLEGE STATION, Texas - President George H.W. Bush will soon be back next to his beloved.

Bush 41 will share a grave site with his wife, Barbara, in College Station. He will be buried Thursday afternoon behind the Bush Presidential Library at Texas A&M. It's a university rich in tradition, including one that inspires a lifetime of love like George and Barbara.

Related: George and Barbara Bush: A love story for the ages

Imagine it: The week before college final exams. Aggies are hustling to classes, study groups and the library. It's a mad dash.

Maggie and Logan are lucky to cross paths and take a break. He's studying nuclear physics. She's a marketing major. Maggie is 20 years old. Logan is 23. They've been married for four months.

"We got engaged in June," Maggie Jeffery said.

"Yeah," Jeffery said as she spoke of George H.W. Bush and his wife Barbara. "I’ve been reading about them a little. They met when they were super young. A Christmas dance, I think."

Barbara Pierce was 19 years old when she wed 20-year-old George H.W. Bush. The couple were married for 73 years.

"Can we do that?" asked Jeffery as she looked up at her husband.

The couple caught up in middle of their Tuesday afternoon under an old oak tree. Texas A&M Aggies know it as the "Century Oak."

It's a reminder of the need to bend and the will to survive.

A stroll under the Century Oak is an Aggie tradition. The story goes, if a couple walks under the tree together, eventually, they will marry.

"And if you get proposed to under it, you’ll be together forever," Maggie Jeffery said.

So you'd think Logan would've popped the question under the 100-year-old limbs? Nope.

The college student asked for Maggie's hand in marriage at the end of a scavenger hunt through College Station. But the couple did have their engagement photos taken under the shade of the Century Oak.

So when asked about what kind of love they hope to have 73 years from now, "I want to be known, much like they were known, as a marriage that not only lasted, but thrived," Logan Jeffery said.

An Aggie tradition tried and true as love.