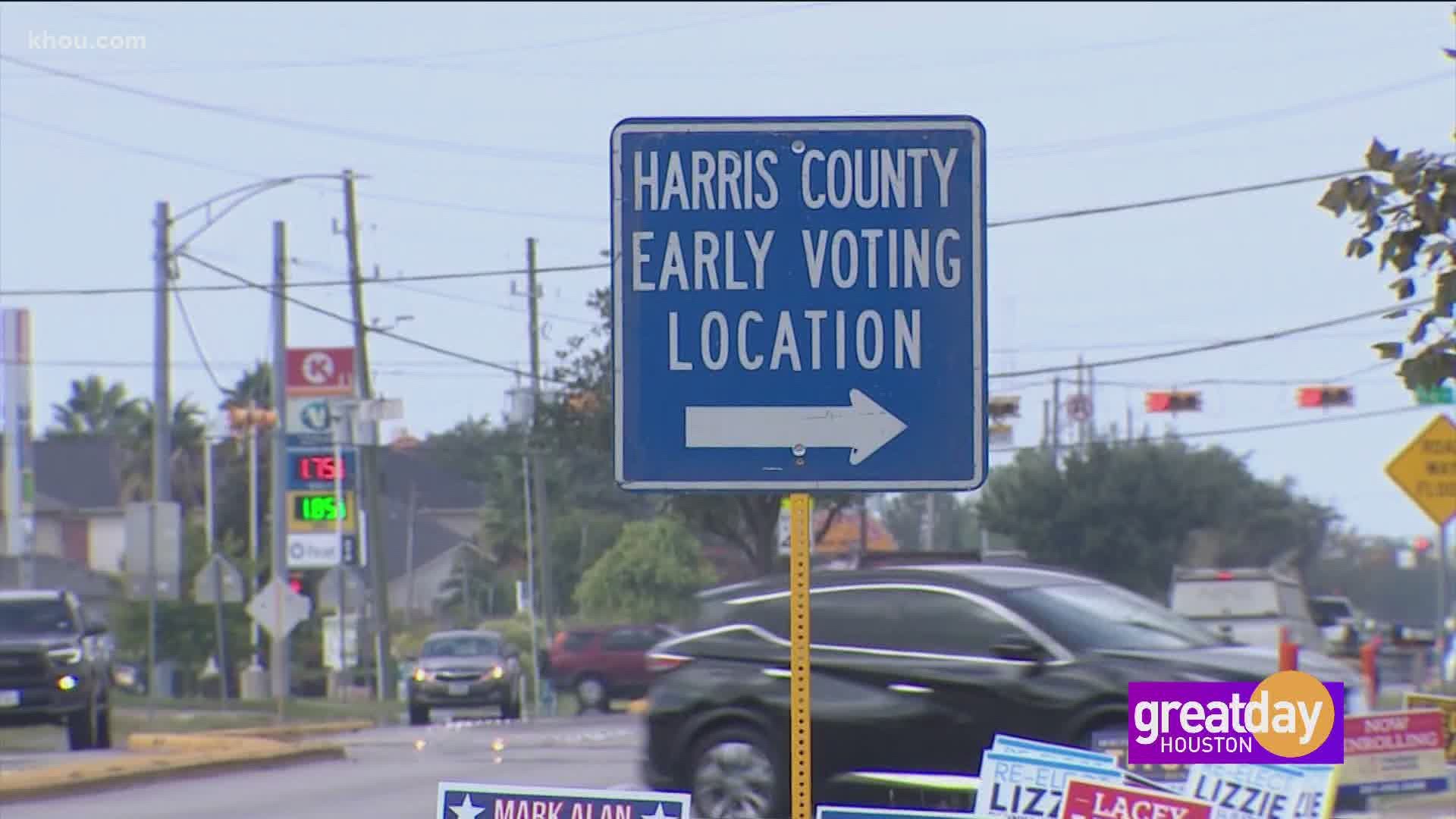 TEXAS, USA — A requirement that Texans wear face masks when casting ballots during the pandemic lasted less than a day after a federal appeals court halted an order that would have compelled voters to don the coverings.

On Wednesday, the three-judge appellate panel stopped, at least for now, a district judge's Tuesday ruling that invalidated an exemption for polling places included in Gov. Greg Abbott's statewide mask mandate. The panel granted what's known as an administrative stay, which only stops the ruling from taking effect while the court considers whether it will issue an order to nullify it during the entire appeals process.

The governor’s mandate for Texans to cover their mouths and noses in public does not apply to polling places, an exclusion that has been challenged as discriminatory against Black and Latino voters who are more likely to be harmed by the coronavirus. Abbott has previously said he encourages voters to wear a face mask, but said he excluded polling places from his mandate to prevent people from being turned away from voting just because they don’t have a mask. Under Abbott’s order, poll workers are also not required to wear masks.

Abbott and Texas Secretary of State Ruth Hughs immediately sought an appeal at the 5th U.S. Circuit Court of Appeals, which granted the administrative stay Wednesday evening. The Harris County Clerk's Office, anticipating the appeals court's ruling, said earlier Wednesday that it had continued its policy of strongly encouraging, but not requiring, masks at the polls to avoid voter confusion.

The argument for a mask mandate at the polls was first raised in a much broader lawsuit filed against Abbott and the Texas secretary of state in July by Mi Familia Vota, the Texas National Association for the Advancement of Colored People and two Texas voters. The plaintiffs also sought things like a month of early voting, the opening of additional polling places and a suspension of rules that limit who can vote curbside without entering a polling place.

Pulliam, based in San Antonio, had dismissed the lawsuit in September, with Texas having convinced him that the sweeping changes sought to the state’s rules for in-person voting during the pandemic were outside of his jurisdiction as a federal judge. But earlier this month, with early voting already underway, the U.S. 5th Circuit Court of Appeals punted the case back to Pulliam for him to again review the argument for an across-the-board mask mandate for anyone at a polling place.

The appeals court said that if Pulliam found that Abbott’s decision to not require masks at the polls violated the federal Voting Rights Act’s disallowance of discriminatory voting practices based on race, he would have jurisdiction to order changes.

“Black and Latino Texans … are more likely to become infected and more likely to suffer severe illness or to die of COVID-19. Black and Latino voters in Texas also face longer lines at the polls, increasing their risk of transmission by exposing them to crowds of other voters and poll workers,” the plaintiffs wrote in their renewed argument before Pulliam last week. “Under these conditions, Black and Latino voters must choose between not voting or risking their lives or the lives of their loved ones to vote. White voters do not face the same level of risk.”

The Texas attorney general’s office countered that the majority of states are not requiring masks at polling places and argued that the new legal fight over a potential Voting Rights Act violation is happening too late — after more than 7 million Texans have already cast ballots since early voting began on Oct. 13.

“Texas is on track to smash its prior turnout record, even during the pandemic and in counties with large minority populations,” the state’s filing said.

After the district judge voided Abbott's exemption, in effect requiring masks at polls, the plaintiffs said it was a "tremendous victory for democracy."

"The Judge has already been vindicated, as last night we received reports of polling officials in Texas testing positive for the coronavirus, and other polling places being required to close down because of sick poll workers," said Gary Bledsoe, president of the Texas NAACP, in a statement. "And, this past weekend, we received reports of poll watchers who were using their maskless presence to approach and intimidate minority voters."