If a business owner of a sexually oriented business doesn't abide by the new law, the offense is considered a Class C misdemeanor. 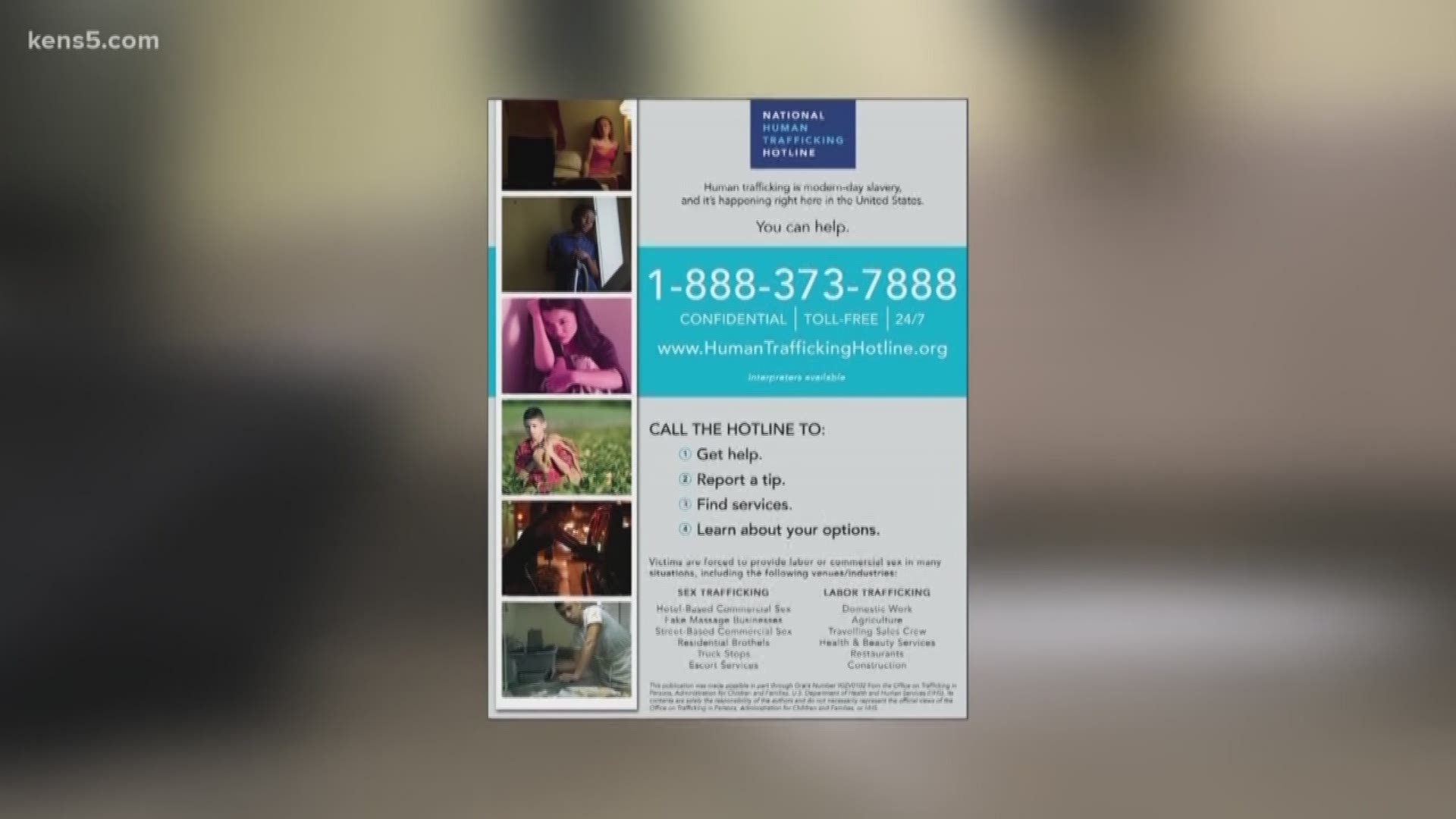 SAN ANTONIO — It's hard for Christina Cabello to picture her mother as a prisoner.

"It's been hard for her," Cabello told KENS 5 on Sunday. "My mother was lured in by a woman who came up on the side of the road and lured her in as she was skipping school."

Cabello says her mother was a victim of human trafficking in San Antonio back in the '70s.

"She has went through a lot in her life," the mother said. "I'm thankful she actually escaped."

It's that journey that has Christina Cabello advocating for human trafficking awareness. Cabello, along with others, hopes a new law being implemented in 2019 can help other victims escape.

Beginning March 1, all sexually oriented businesses in Texas will be required to post a sign in each bathroom with the contact information for the National Human Traffic Resource Center.

But for human trafficking victim advocates like Shenee Simon, it represents the bare minimum.

Though Cabello echoes those sentiments, she said she's thankful the issue is being acknowledged.

"This is definitely an amazing start," she continued. "I'm so grateful that we're starting to be more aware of it."

If a business owner of a sexually oriented business doesn't post the signs by the start of March, the offense is considered a Class C misdemeanor.

If you or someone you know is a victim of human trafficking, you can seek help by calling the National Human Trafficking Hotline at 1(888)373-7888.