The human femur is from a person who may have died as early as 1286, the Medical Examiner's office said 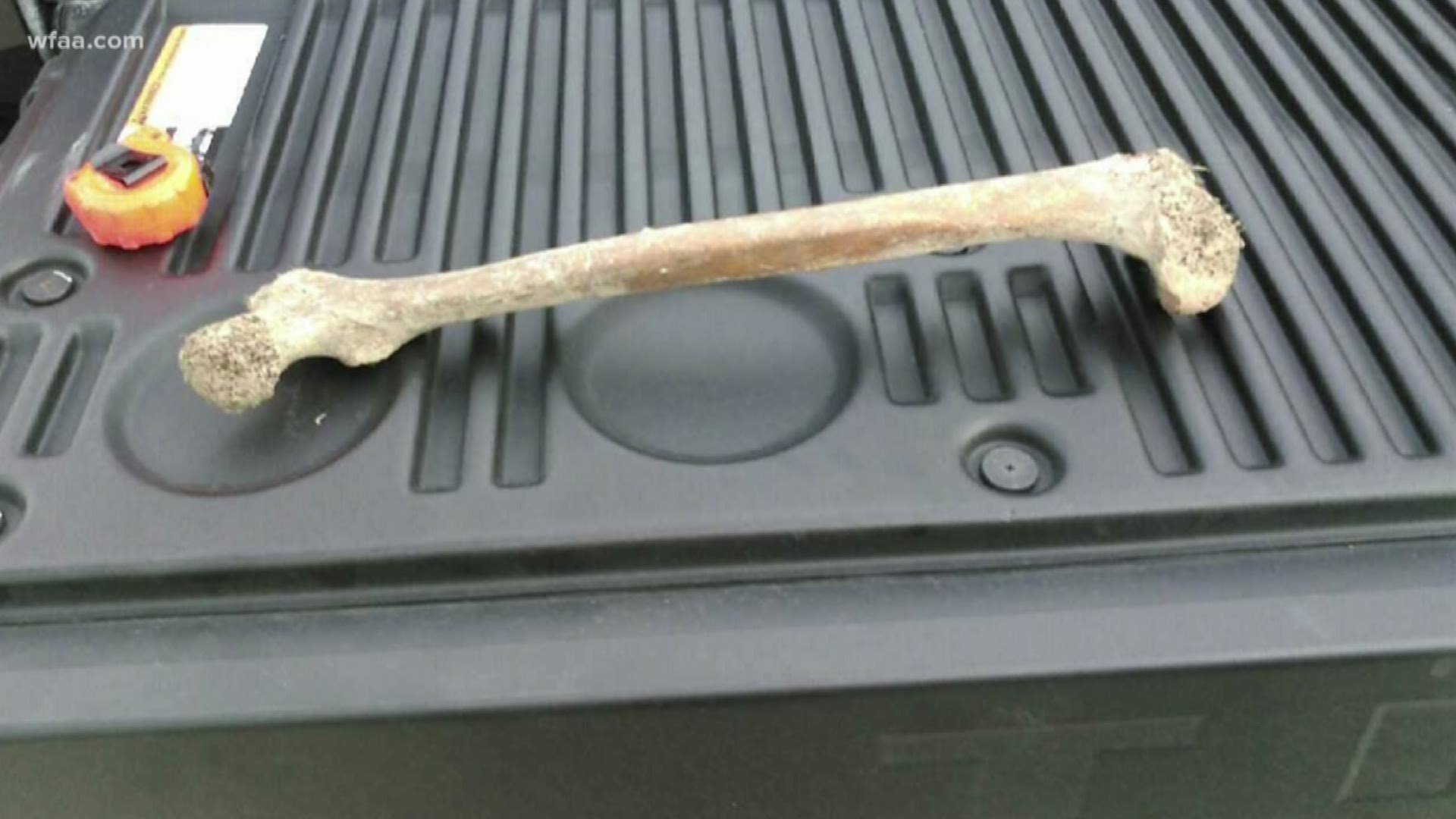 BROCK, Texas — It's here, along the Brazos River, that people come searching for serenity and to see if the fish are biting.

That's exactly what Scott Fuller was doing weeks ago near his Parker County home when he found something he never expected.

"I'm still wrapping my mind around it," the Brock man said.

Fuller spotted a human femur, longer than his own, about a foot from the shore.

But this was the start of an even bigger mystery.

"Okay, we think this is a human bone, but how old is it?" Sheriff Larry Fowler said of the situation back in March.

The answer had the sheriff shocked. Tests run by the Tarrant County Medical Examiner's Office show the femur came from a person who died between the years of 1286 and 1398.

"This was before Columbus," Fowler said. He mentioned they'd found a jawbone years back along the Brazos that was a few hundred years old, but the long-time sheriff says he'd never seen bones this old before.

Which leads to the next mystery: Who was this person?

"Just every thought goes through my mind," Fuller said.

Officials believe the femur came from a Native American person, based on the time and location, but they're trying to determine which tribe.

"I would just love to hear from them. I'd love to talk to them and learn more," Fuller said.

Fuller told us that wasn't the only bone he found. He said about a week after finding the femur, he saw what he believed to be a human rib bone in the very same place, but it rained after the called the medical examiner's office to come get it and now it's under water.

As for the recovered remains, everyone now wants to make sure there's a respectful, proper burial.