Sen. John Cornyn got a private look at a Catholic Charities shelter in Houston for unaccompanied minors. 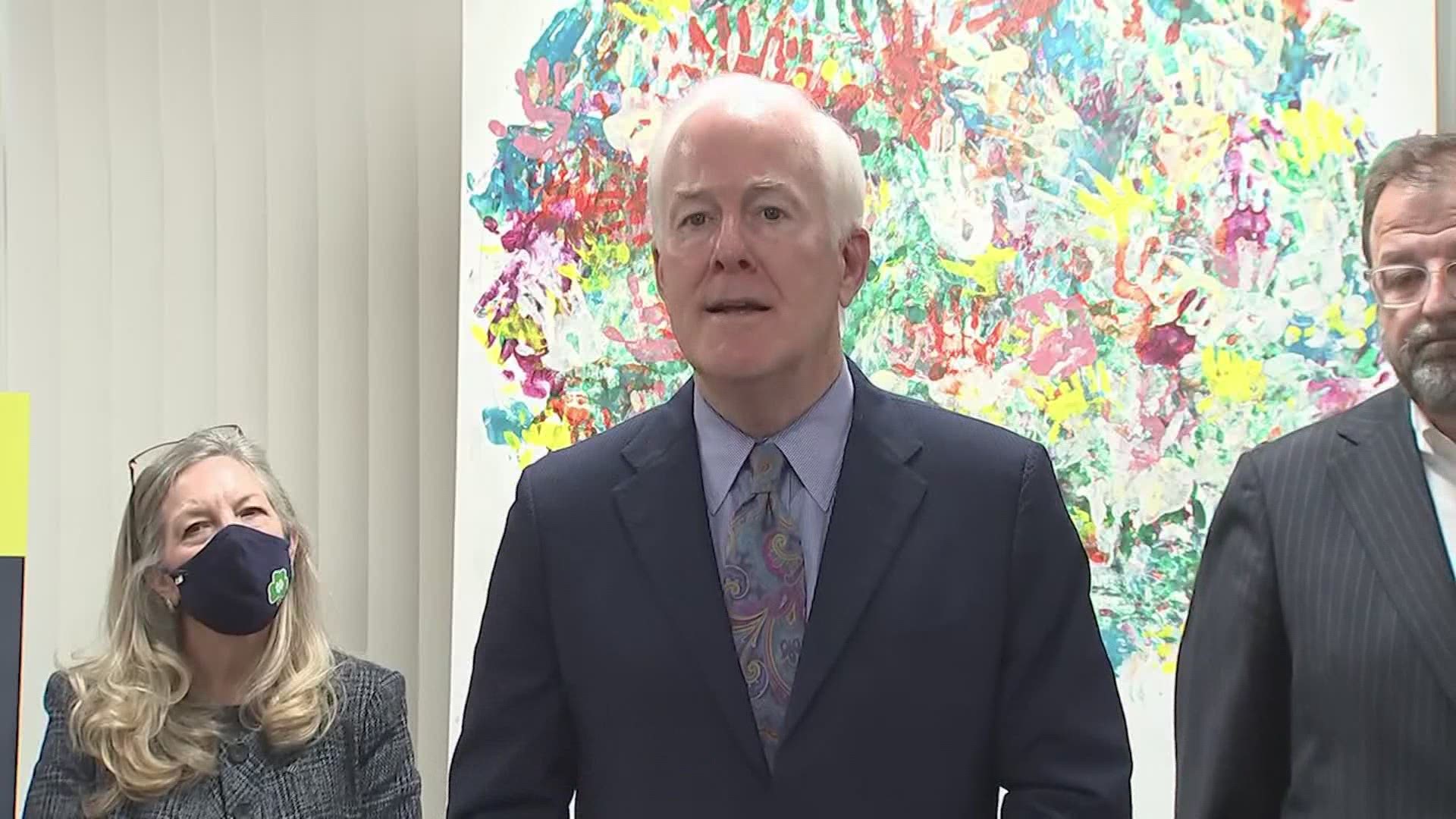 HOUSTON — Gov. Greg Abbott is demanding action on the growing humanitarian crisis on the U.S.-Mexico border.

In a letter to Vice President Kamala Harris, President Joe Biden’s newly appointed Border Czar, the governor urges her to visit the border and asks their administration to crack down on human trafficking and secure the border.

New video from inside a migrant holding facility in Donna, Texas, near McAllen shows the space where kids are legally supposed to stay for 72 hours. Many of them have been there much longer.

“I have about 39 kids that have been here for over 15 days. For whatever reason they have fallen through, through the system or through the cracks," said Oscar Escamilla, U.S. Border Patrol Acting Executive Director for the Rio Grande Valley Operational Programs Division.

Gov. Greg Abbott wants the Biden administration to interview every unaccompanied minor who comes across the border to see if they have been harmed, groomed or victimized by human traffickers.

“We need to find a way to humanely and legally allow immigration to occur, but we can’t just put the welcome mat out for anybody and everybody in world who wants to come to the United States because we’ll be overwhelmed,” Sen. Cornyn said.

Sen. Cornyn got a private look at a Catholic Charities shelter for unaccompanied minors. Minors from the latest surge of migrants have not been brought to Houston.

“Obviously there’s a smaller number of children being helped here and this is a night and day difference,” Sen Cornyn said. “This is what I, again, what I would consider to be the gold standard if you’re going to have the current system.”

The Health and Human Services Department said it’s racing to set up shelters. They plan to open nine emergency facilities with more than 16,000 beds.