'We need our colleagues to come back' | Lawmakers in Austin want Democrats in D.C. to return in order to address 'important stuff'

The group in D.C. isn't concerned about returning during the special session, and with only 93 present at the state capitol, there aren't enough lawmakers to vote. 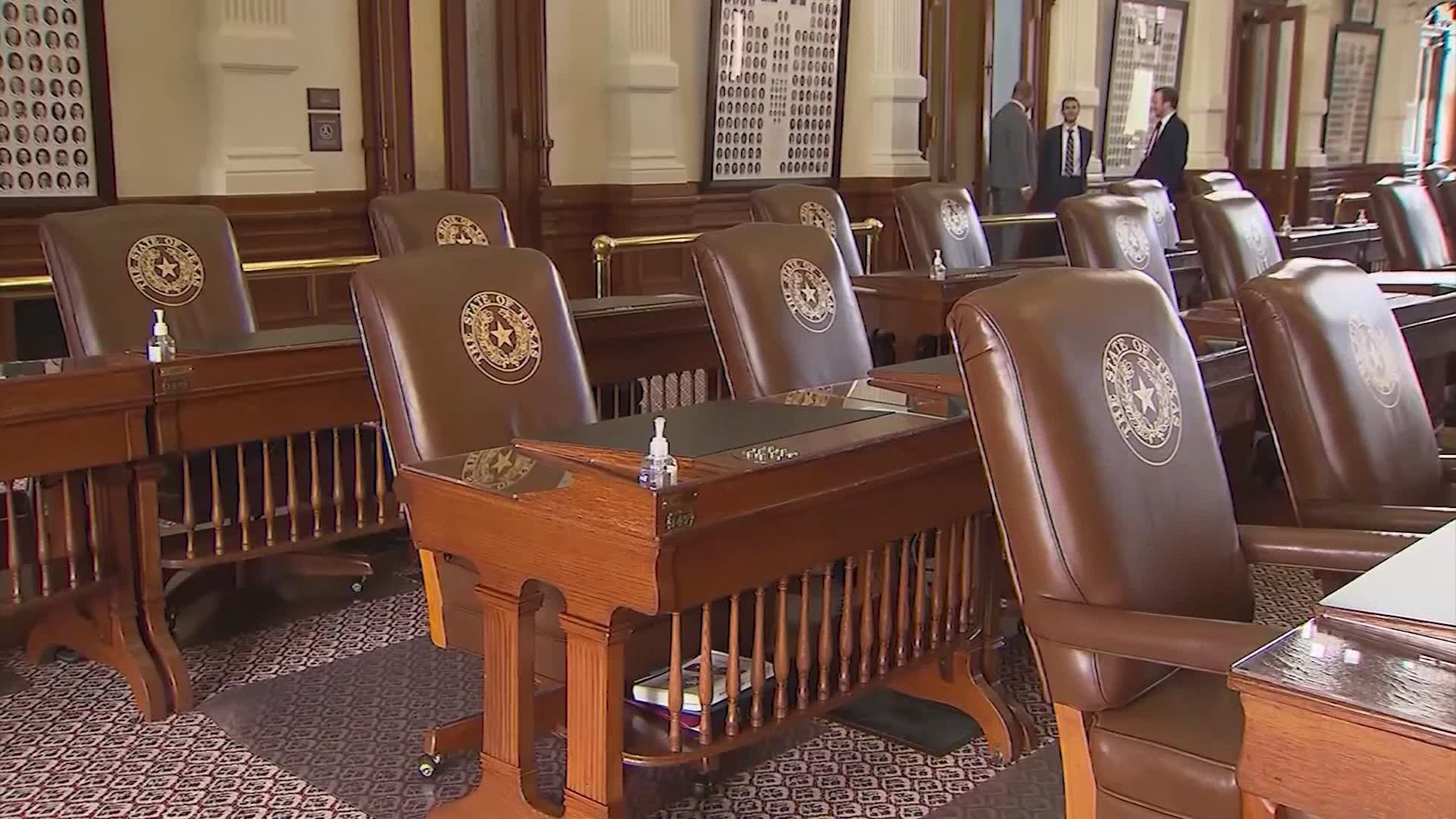 There are currently 93 House members at the state capitol in Austin, seven shy of making quorum.

RELATED: What is breaking quorum?

In Washington, Democrats were able to ask O'Rourke questions as he encouraged them to put pressure on President Joe Biden to step in and address federal laws related to voting rights.

“No pressure folks, but the country is watching and counting on you all,” O'Rourke said. “It cannot be just taking meetings with people in their offices and having conversations. As important as that is, it’s got to involve some confrontation and some direct action.”

While in D.C, at least six Democrats have tested positive for COVID-19.

In Austin, not a lot of work is getting done due to the Democrats' absence.

“We do desire a more productive day, and we need our colleagues to come back,” Rep. James White said.

House Republicans and the few Democrats left in Austin show up to the House Chambers every morning for the special session.

“We did our prayer. We did the pledge. We kind of waited around a few minutes and had some brief meetings on the Floor with our colleagues. And then, we stood at ease for the day. And we’re going to do it again tomorrow,” Rep. Jim Murphy said.

After that, lawmakers got a permission slip to go home. Without the slip, they can't leave.

Even though quorum hasn't yet been met, Republicans are hopeful it will happen soon. They said they're eager to get some work done on several bills, not just the voting reform bill that is at the center of attention.

“This is very important stuff that the governor has and we have to move on it,” White said.

On Wednesday, Rep. Philip Cortez said he left Washington to return to Austin to open dialogue about "improving" House Bill 3, which is the new voting legislation.

“So, I'm here on good faith. So we can potentially work out some of the differences and some of the pressure points that we as House Democrats have regarding this bill," Cortez said. “We hope to have some good dialogue and maybe some fruits from our labor here because we’re going to have to address this bill sooner or later here.”

Cortez said he was asked to return in order to establish open communication lines.

"I returned to Texas to try to engage in good faith dialogue about the aspects of the bill that I, and others, think are harmful," he tweeted.

House Democrats in D.C. said they're not aware of any realistic negotiations going on at this time. They said they're staying there and aren't concerned about the quorum being met. Other members of the House are hopeful they change their minds soon.

“We hope people will call their reps and say, 'You need to come back to the job you were elected to do.'” Murphy said.

The House needs 100 members to meet quorum. The next session begins Friday at 11 a.m.