The Senate unanimously voted in favor of a bill greatly expanding the list of debilitating medical conditions that can legally be treated by cannabis oil in the state. 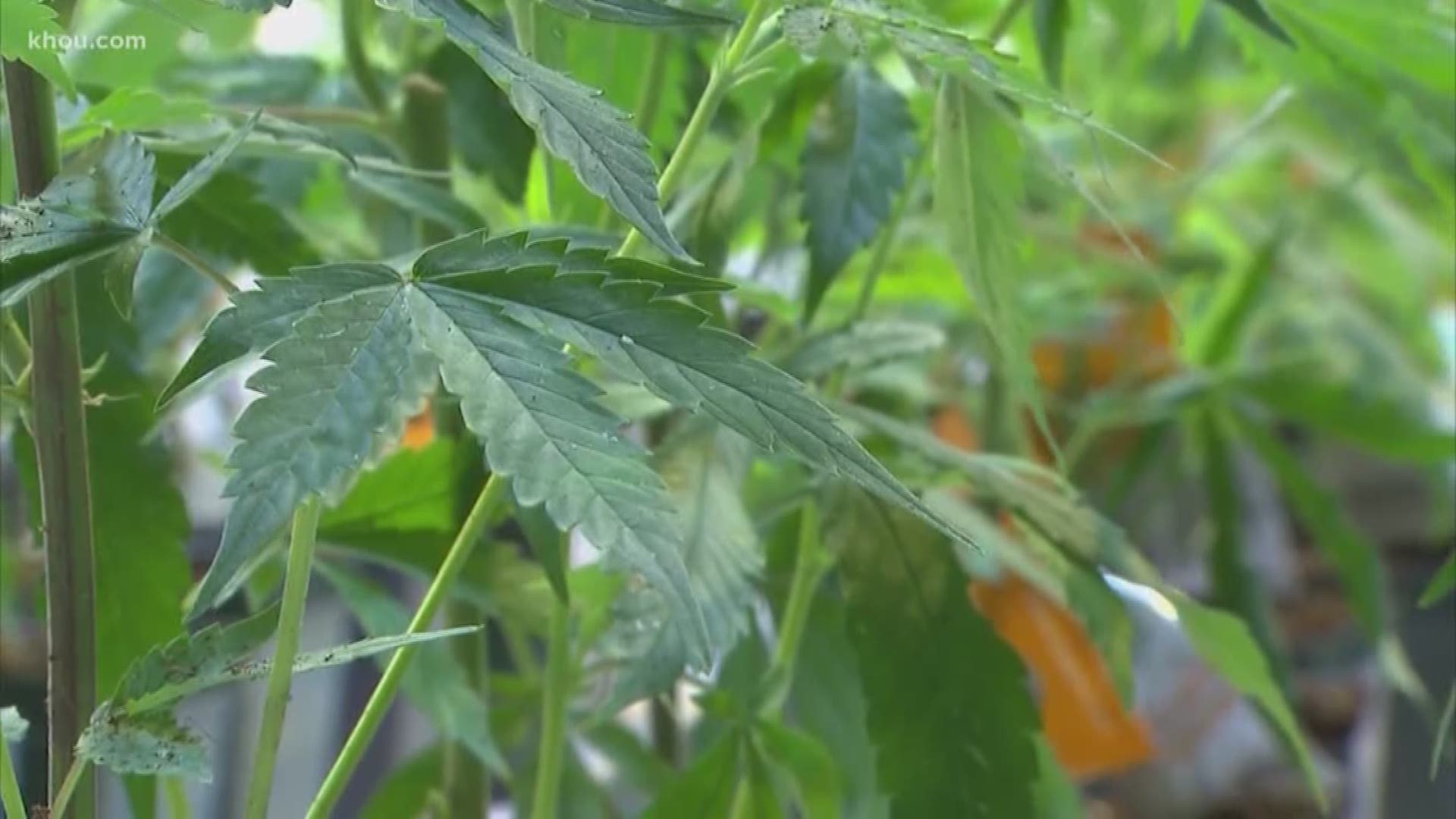 AUSTIN, Texas —  Marijuana advocates were handed an unlikely victory Wednesday after the Texas Senate advanced a bill greatly expanding the list of debilitating medical conditions that can legally be treated by cannabis oil in the state.

Although the upper chamber’s leadership once opposed bills that would relax the state’s pot policies, the Senate unanimously voted in favor of a bill by state Rep. Stephanie Klick, R-Fort Worth, that expands the state's Compassionate Use Program, which currently allows the sale of cannabis oil only to people with intractable epilepsy who meet certain requirements.

The bill now heads back to the Texas House, where lawmakers can either approve the Senate changes or opt to iron out their differences in a conference committee before lawmakers adjourn in five days. Klick did not immediately respond to a request for comment on whether she’d accept the Senate changes to her bill.

The version of the bill approved by the Senate would expand the list of conditions that qualify for the medicine to include all forms of epilepsy; seizure disorders; multiple sclerosis; spasticity; amyotrophic lateral sclerosis, or ALS; terminal cancer; autism and incurable neurodegenerative diseases. The bill also axes a requirement in current statute that says those wanting access to the medicine need the approval of two licensed neurologists, rather than one.

“This bill is about compassion,” said state Sen. Donna Campbell, R-New Braunfels, the Senate sponsor of the bill. “For patients participating in the [Compassionate Use Program], they have had a remarkable and life-altering change because of this. That’s compassion.”

Under Campbell’s version of the bill, the Texas Department on Public Safety would still have oversight of the Compassionate Use Program. Her revised bill also keeps intact the 0.5% cap on the amount of the psychoactive element in marijuana, known as THC, that medical cannabis products are legally allowed to contain. Campbell’s version also axes a provision in Klick’s bill that calls for a research program to assess how effective cannabis is as a medical treatment option for various conditions.

Although the Texas Senate overwhelmingly passed the legislation, lawmakers questioned Campbell about potential shortfalls of her bill. Those concerns ranged from Democrats curious as to why the legislation wasn’t broader to Republicans wary the legislation would open the door to the state legalizing recreational marijuana.

“We just don’t have the data — good scientific data — that supports for PTSD that we can put in the bill at this time,” Campbell responded. “To our veterans and our first responders: Thanks for speaking out. We hear you. But most importantly, we thank you for your service.

“I hope — I hope — that we can get the definitive research necessary to be able to include PTSD, traumatic brain injury and those other illnesses that are very difficult to measure.”

"I come at this with a highly guarded sense of danger of the direction that this might take us to recreational use,” Birdwell said. “I wouldn't be comfortable going any further than this because of what I’m seeing in Colorado, Washington and Oregon and what’s happening in those states. I am highly guarded.”

“For those who are concerned this is a slippery slope —,” Campbell later began to say.

Campbell repeatedly assured other senators, however, that she wouldn’t let the bill lead to any missteps — adding that it’s not her intention to raise the cap on the amount of THC allowed in medical cannabis without additional research and going so far as to say that she shared Birdwell’s concerns for the bill being a step toward marijuana legalization.

“I am not for legalizing marijuana,” she said. “I don’t think that’s a surprise to anyone.”

The upper chamber's passage of Klick’s bill came as a surprise to some marijuana advocacy groups, considering Lt. Gov. Dan Patrick previously said he was “wary of the various medicinal use proposals that could become a vehicle for expanding access to this drug.” When the bill was heard in a Senate committee last week, however, Campbell said Patrick “helped craft” the reworked version of the legislation.

Expanding the Compassionate Use Act has drawn the support of some politically powerful players since the last legislative session. In March, a new group lobbying for medical marijuana, Texans for Expanded Access to Medical Marijuana, emerged with players who have some serious clout in the Capitol — including Allen Blakemore, a top political consultant for Patrick.

The Republican Party of Texas also approved a plank last year asking the Legislature to “improve the 2015 Compassionate Use Act to allow doctors to determine the appropriate use of cannabis to certified patients.”

Although some marijuana advocacy groups lamented that certain conditions weren’t included in the House bill, many praised the Senate for advancing the legislation.

“HB 3703 will ensure more patients have access to medicine which will have a positive impact on their lives,” said Jax Finkel, executive director of Texas NORML, the Austin chapter of the National Organization for the Reform of Marijuana Laws. “Many more patients are still being left behind, however, and will now have to wait until the next legislative session in 2021 for their next opportunity to find relief.”

Disclosure: Allen Blakemore has been a financial supporter of The Texas Tribune, a nonprofit, nonpartisan news organization that is funded in part by donations from members, foundations and corporate sponsors. Financial supporters play no role in the Tribune's journalism. Find a complete list of them here.

"Texas expansion of medical cannabis nears finish line after Senate approval" was first published by The Texas Tribune, a nonprofit, nonpartisan media organization that informs Texans — and engages with them — about public policy, politics, government, and statewide issues.