State Rep. Victoria Neave says the state has given some money, but not enough. And while these kits go untouched, more victims could come forward - some maybe with the same attackers. 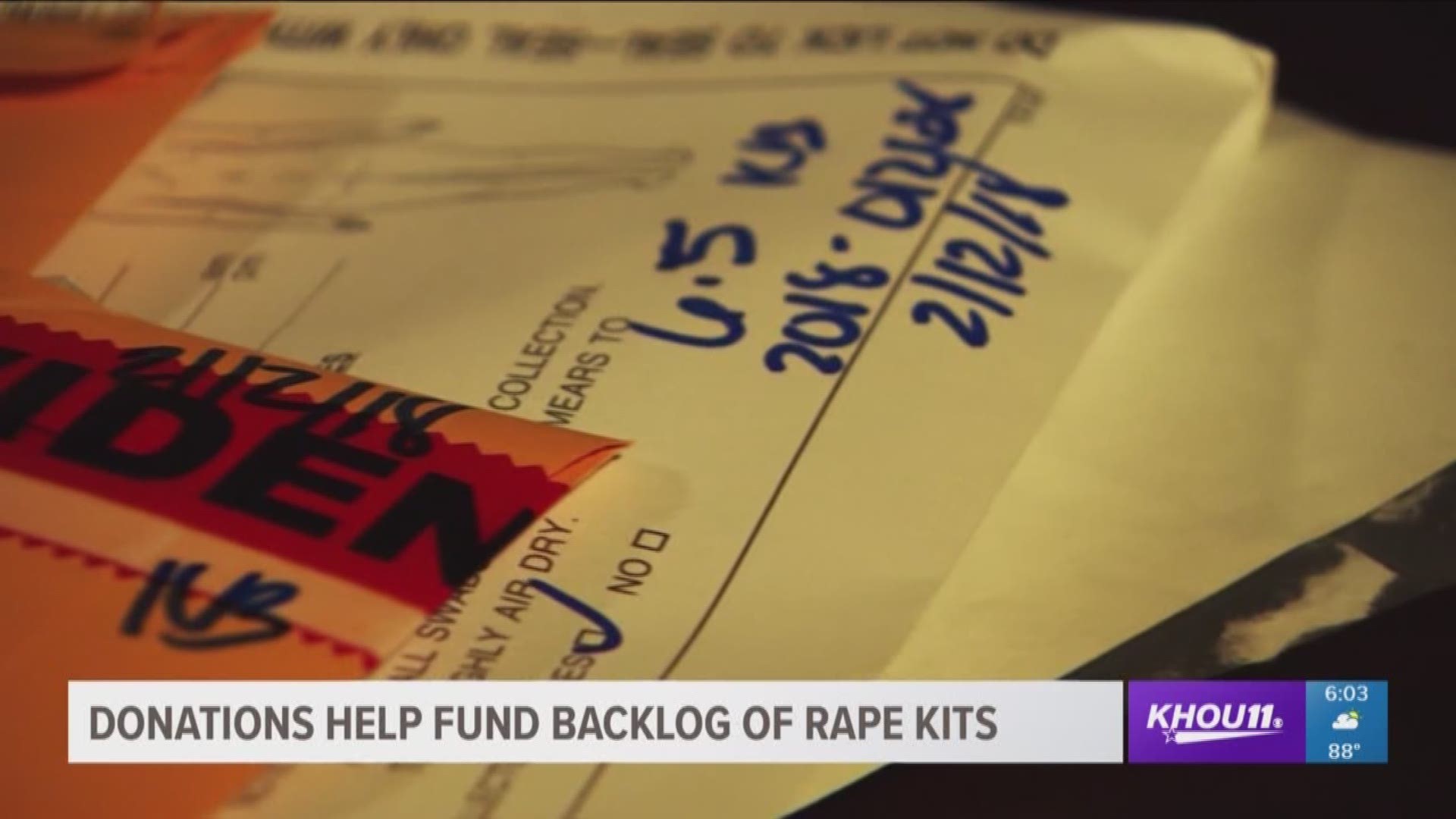 HOUSTON — Hundreds of rape kits are going untested across the state. But as they wait for funding to be tested, thousands of dollars are being raised -- all donated from the pockets of Texas drivers.

The Houston Forensic Science Center has roughly 200 rape kits on backlog. That’s any kit that’s been there over 30 days. But your driver’s license application could soon be the solution.

Sitting on the shelves of labs across the state of Texas just might lie the justice they’re waiting for.

"It's horribly frustrating. It is something that none of us want to see. We want to get these results because every day that goes by is a victim who’s still waiting for an answer on this," said Peter Stout, President and CEO of Houston Forensic Science Center.

Stout says they, too, can’t keep up.

The problem is the price tag. Testing each kit costs anywhere from $300 to $2,000. But the answer may be coming from an unlikely investor.

“The collective contributions of one dollar can really make a big impact and help bring justice to these survivors of rape and sexual assault," said State Representative Victoria Neave.

Since Jan. 1, Texas drivers have already raised almost a quarter of a million dollars by checking a little box on their license application to donate a dollar.

“Very thankful to our community for contributing to this cause, and really at the same time, we shouldn’t be having to coming to our fellow Texans to ask them to contribute, because the state should be fully funding this issue," Neave said.

Neave says the state has given some money, but not enough. And while these kits go untouched, more victims could come forward, some maybe with the same attackers.

“We know that we have to get these rape kits tested to make sure we get these perpetrators off the streets," Neave said.

Starting in July, the governor’s office will announce ways labs can apply for grants to receive this money.

If you would like to donate outside of a driver’s license application, a separate fund has been set up called Clear the Kits.