“Protecting the most vulnerable among us, especially our children, is our top priority,” Ken Paxton said. 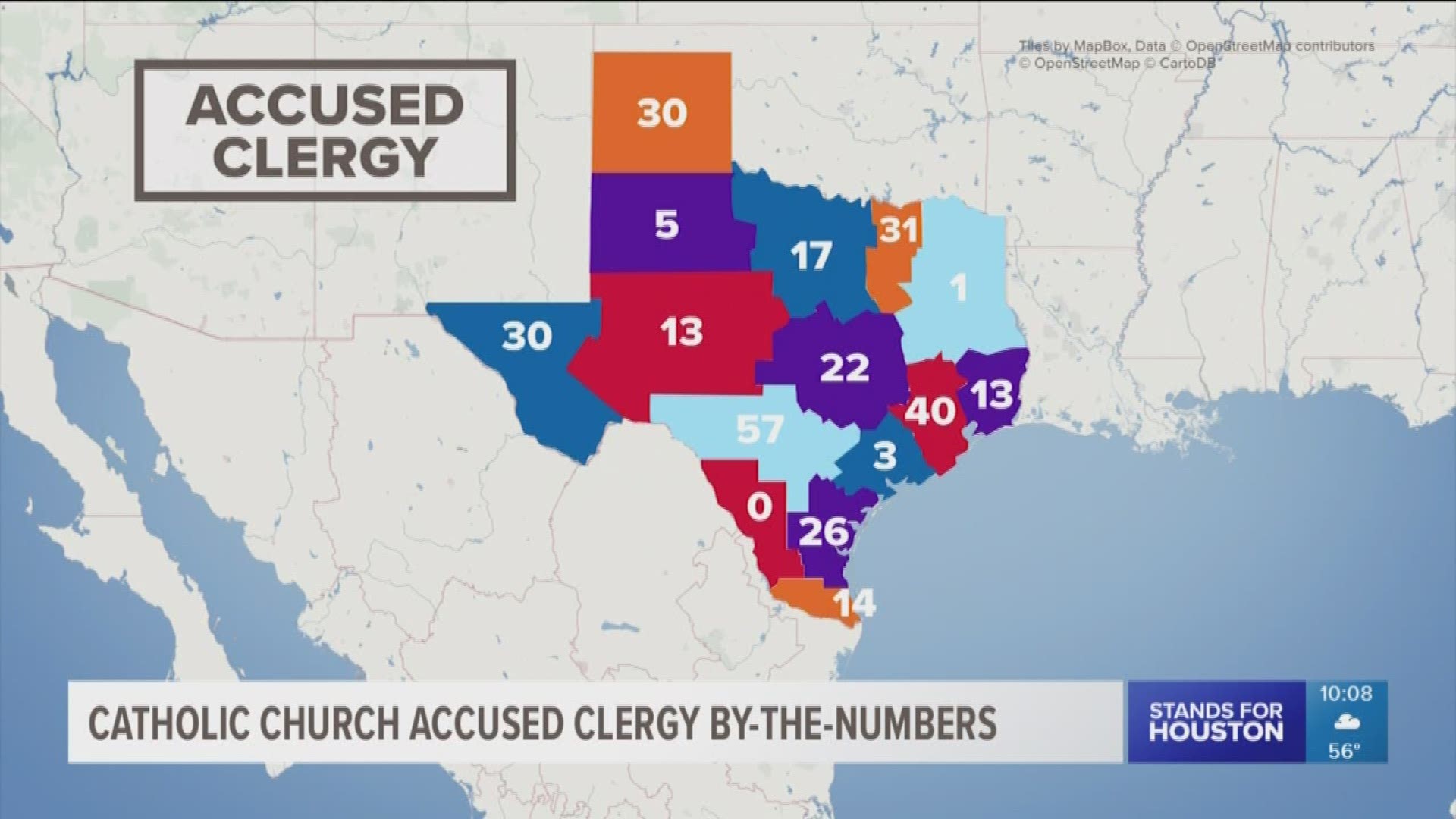 In a letter to all district and county attorneys Friday, Paxton wrote, “As your office investigates these allegations, you will likely find the facts to be complex and involving multiple jurisdictions within Texas.”

RELATED: Here's a list of every pedophile priest reported by Texas Dioceses

“Protecting the most vulnerable among us, especially our children, is our top priority,” Paxton said.

Texas dioceses released their lists Thursday after Cardinal Daniel DiNardo, the president of the U.S. Conference of Catholic Bishops, responded to calls of more accountability and transparency last October.

DiNardo expressed his "deepest regret for the harm that has been done" in a statement Thursday and acknowledged the church has failed to protect "the most vulnerable souls entrusted to our care."