The law bars doctors from giving these meds to those who are more than seven weeks pregnant. 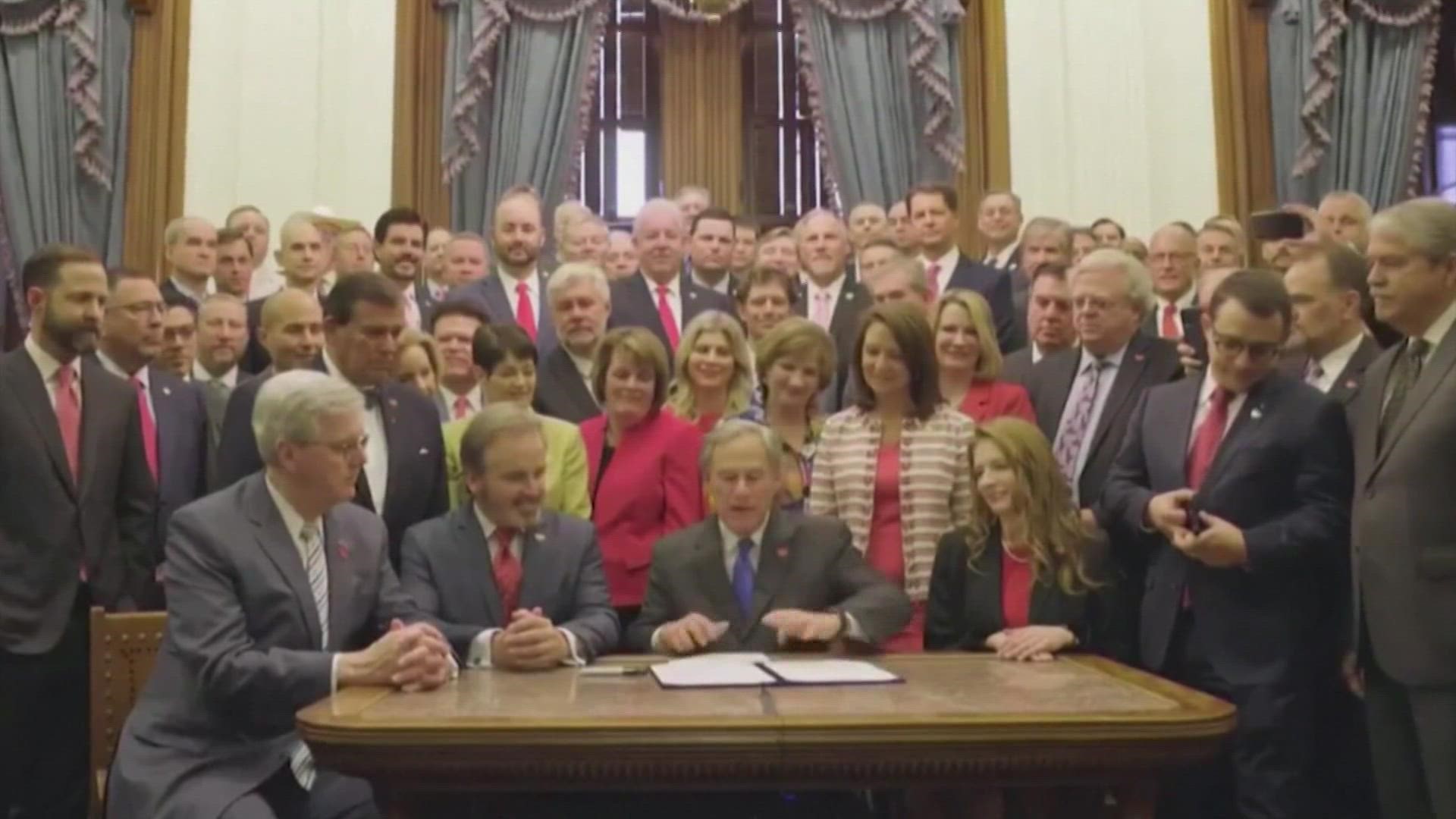 The law aims to cut off a legal way for Texans to obtain legal abortions by restricting abortion-inducing drugs. The new measure goes into effect in December.

Senate Bill 4 prohibits a person "from providing an abortion‑inducing drug to a pregnant woman without satisfying the applicable informed consent requirements for abortions." It requires doctors to comply with reporting requirements.

Anyone who violates the bill faces a state jail felony offense.

“It’s a good policy in that it helps protect women and highlights some of the dangers of abortion," said Rebecca Parma, senior legislative associate for Texas Right to Life, earlier this month.

“We know that this is just another attempt to cruelly push abortion care out of reach for everyone in Texas," said Caroline, Duble, political director of Avow Texas.

(AP) — Abortion providers in Texas say they have seen a sharp drop in patients in the two weeks since the nation’s strictest abortion law took effect.

In new court filings in Texas, Planned Parenthood and other abortion providers describe clinics that have turned away more than 100 women under the new law.

It prohibits abortions once medical professionals can detect cardiac activity, which is usually around six weeks.

That’s before some women know they’re pregnant. The Biden administration is seeking an emergency order to temporarily block enforcement of the law in Texas.