Texans can carry guns without permits or training starting Sept. 1, 2021

"Anyone who is of legal age and can carry a weapon, concealed or open" — but there are some things you should know. 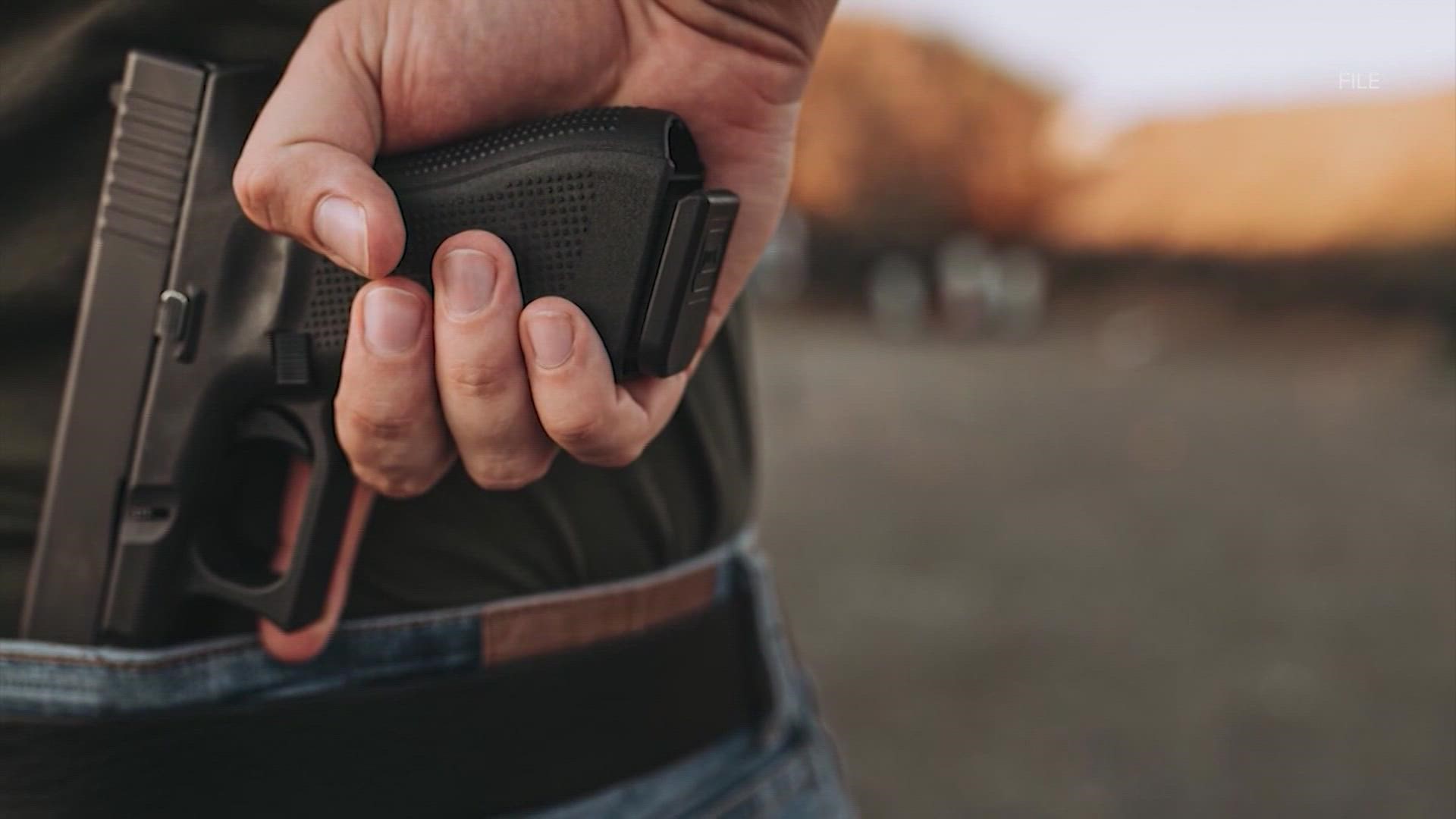 HOUSTON — Texans who legally own weapons will be able to carry their handguns in public starting Wednesday.

The Houston Police Officers' Union said it’s most concerned for citizens who could wind up arrested because they’re unclear of the rules.

“Anyone who is of legal age and can carry a weapon, concealed or open,” said HPO president Doug Griffith. “They don’t have to take any classes or get a license or register the weapon. They just put in on and go.”

Griffith said he’s mostly concerned for citizens who could find themselves unknowingly in trouble.

He said if a citizen sees a person shoplifting, and decides to hold him at gunpoint, the citizen could end up getting into trouble.

It makes things trickier for officers, too.

KHOU 11 legal analyst Carmen Roe said one of the biggest problems could come from an officer’s inability to ask if someone is legally allowed to be carrying a weapon, unless they’re suspected of breaking the law.

“It’s always concerning to know that someone has a weapon on their person in your surroundings,” Roe said. “But the good news about this law is that it has to be concealed or in a holster but I think most of the concerns are that those who are prohibited from carrying weapons will be carrying weapons.”