Senior pastor William Nkea is still trying to understand how his nephew, Bobby Ngendung, 23, went from a soldier serving his country in Afghanistan to a man charged with murder, apparently so out of control, he had to be held down for his mug shot. 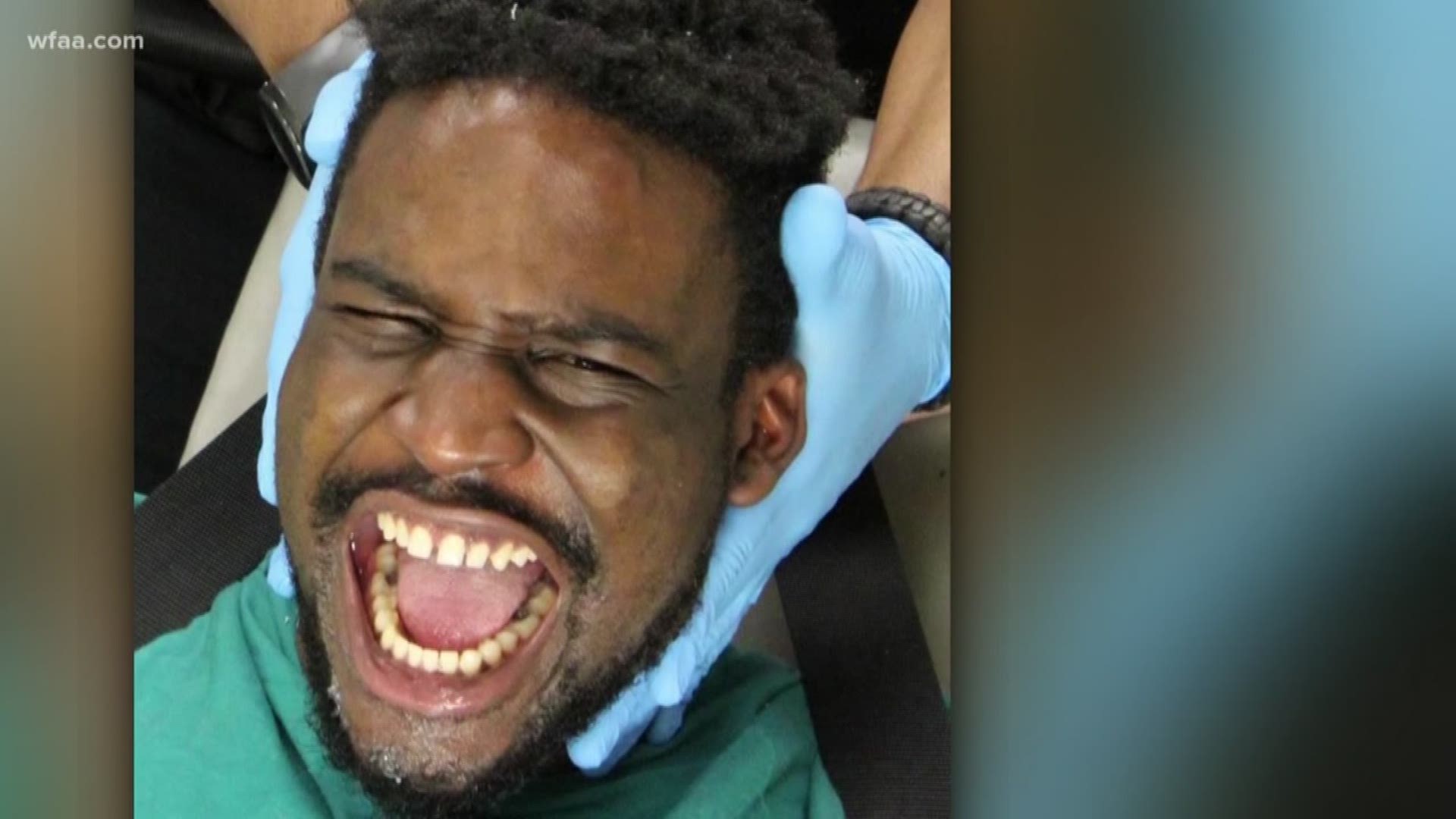 Senior pastor William Nkea is still trying to understand how his nephew, Bobby Ngendung, 23, went from a soldier serving his country in Afghanistan to a man charged with murder, apparently so out of control, he had to be held down for his mug shot.

"I knew he was battling PTSD," said Nkea. "He looked a little depressed and a little isolated."

The VA was treating Ngendung for PTSD, said Nkea.

Ngendung was discharged from the army as a Private First Class, said Nkea. WFAA asked the Army communications team for more details, but they had not been provided as of press time.

Two of Ngendung's roommates came home to their apartment in the 5600 block of SMU Boulevard between 5:30 a.m. and 6 a.m. Monday to find Ngendung acting "very worried and psychotic" and "pacing back and forth," saying "I {expletive} up, I {expletive} up, I put my hands on...." without finishing the sentence. Then, police said, he referred to the closet and the color red.

His roommates were able to calm him down and drive him to the hospital. Fearing he killed the fourth roommate, Michael Mitchel, they alerted a security guard.

Mitchel was found wrapped in a white blanket in Ngendung's bedroom, with ligature marks on his neck and a small amount of blood on the back of his head. Police said Ngendung had what appeared to be a blood stain on his white pants. His bond has been set at $200,000.

"It's just like a nightmare," said Nkea. "You think you will wake up."

KHOU sister station WFAA was there, nearly three years ago, when Nkea honored his nephew soon after he returned from Afghanistan, in a celebration for service members at Bethel Apostolic Ministries in Grand Prairie, where Nkea is a senior pastor.

"I's unbelievable. I've never seen him as a violent person," said Nkea. "I'm proud of his service, but I am heartbroken. We are really heartbroken."

Ngendung's Facebook page provides a glimpse into his struggle.

In one video, he encourages viewers to believe in God.

"I'm going to be in heaven chilling. I'm going to laugh at you because I tried," he said.

In another post, he wrote, "The Army changes you, mentally and physically. I'm crazy now."

Ngendung was born in Cameroon, and his dream was to serve America in the military, said Nkea.

"Maybe there will be a lesson for the military," said Nkea. "I just hope no family goes through this."

Believing his nephew needed spiritual guidance, Nkea texted him Saturday night, begging him to come to church the next day.

"I didn't hear back from him," said Nkea. "Next message I got was that this thing had happened."

Nkea is still waiting to hear all the facts of the case. He said went to the apartment Tuesday, talked with Ngendung's roommates, and said he saw Mitchel's Bible.

Mitchel had only been living with Ngendung and his roommates since December, according to police.

Nkea said he plans to reach out to Mitchel's family.

"Our hearts go out to them," said Nkea. "We express our deepest sympathies and hope that they will find a way to heal as well."