“Just to have that experience, I wouldn’t change a single thing," said Erin Loo, the bride. 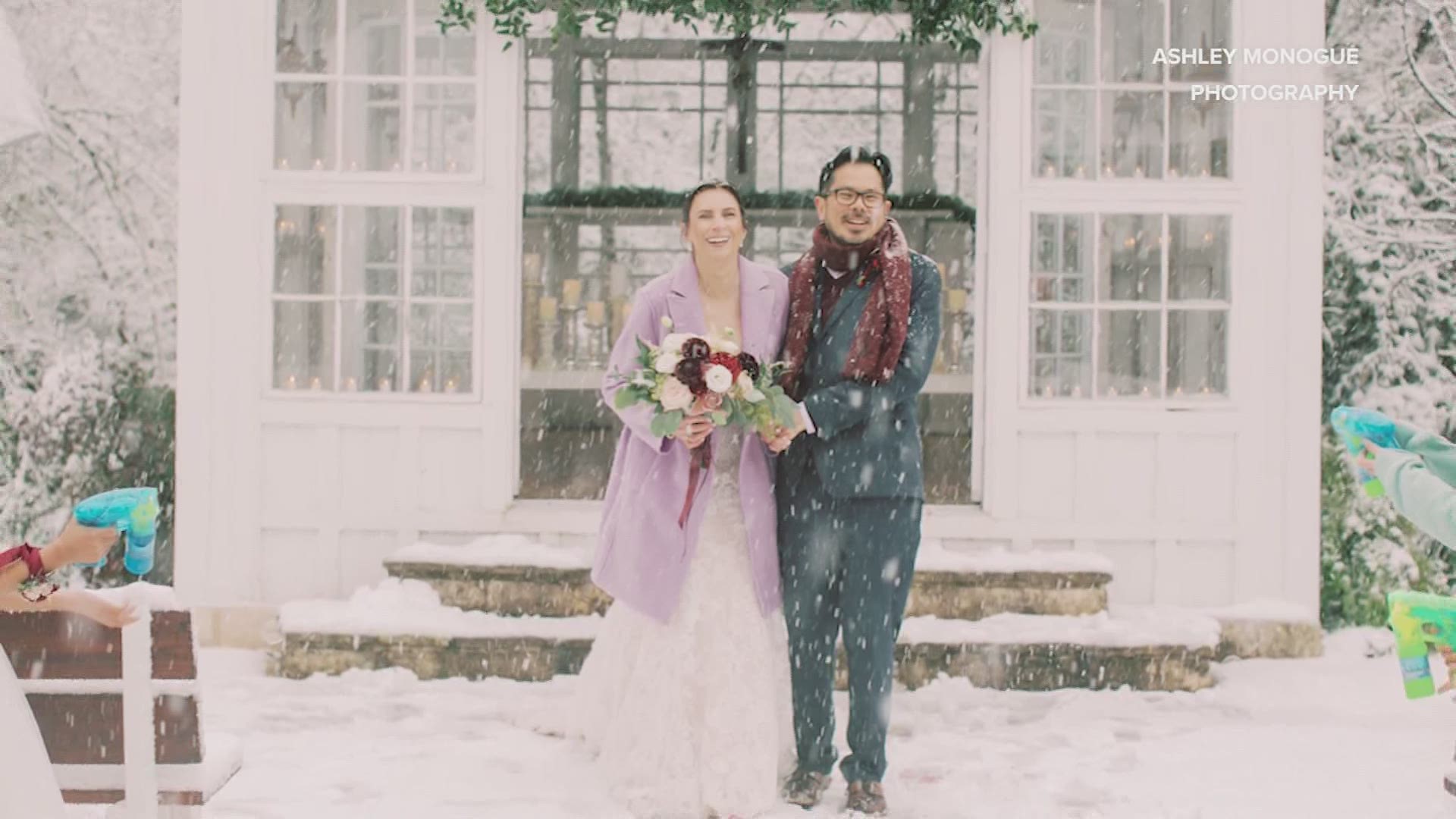 COLLEGE STATION, Texas — One couple's dream wedding had an unexpected surprise. The date they've had planned for months fell on Sunday, the day College Station got several inches of snow!

From the venue down to the vows, the wedding was planned and the date was set: Jan. 10.

“We knew it was going to be winter in Texas," Terence Loo said.

Erin and Terence Loo were to tie the knot in a small outdoor ceremony, to be cautious of COVID-19, in College Station.

“It’s January, so it could be 40 degrees, could be 80 degrees, who knows? But hopefully, it’ll turn out to be a nice day," Erin Loo said.

But Texas weather had a plan of its own.

“About two days before, they said, oh, this rain could turn into snow, but I didn’t really believe it," Erin Loo said.

Erin Loo never thought snow would actually fall on her wedding day. But it did.

“It just felt so incredibly surreal that this is Texas, and if you looked around the location, we could’ve been in Colorado. You would’ve not known the difference," Erin Loo said. “It was so cold, but I was just so determined that I wanted to have pictures that didn’t have me wrapped in some blanket or with a ski coat on.”

But the Texas winter wedding wonderland was exciting for everyone.

“Especially for the kids. They just went out there and spent literally the rest of the day outside playing in the snow," Terence Loo said.

It was magical, in the truest meaning of the word.

“Just to have that experience, I wouldn’t change a single thing," Erin Loo said.

1 / 10
Ashley Monogue Photography
One couple's dream wedding had an unexpected surprise. The date they've had planned for months fell on Sunday, the day College Station got several inches of snow!