Victor Villanueva, 30, and Cassandra Kendrick, 22, were killed while rescuing Victor's two kids who were swept away in the Guadalupe River. 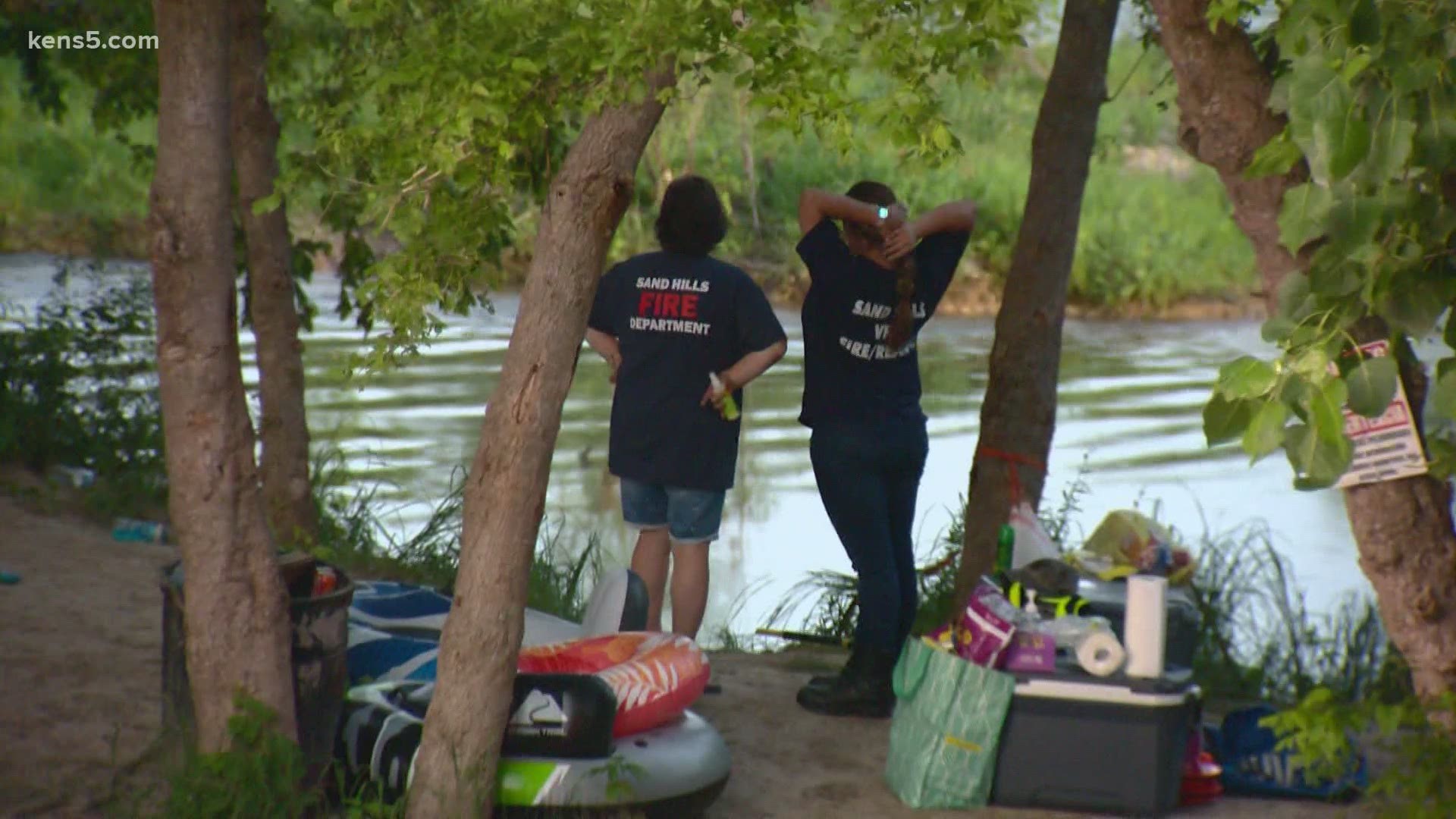 GUADALUPE COUNTY, Texas — Authorities have recovered the body of the dad who drowned in the Guadalupe River after rescuing his two kids yesterday. He was Victor Villanueva, 30, of San Antonio. The multiple-agency search concluded at 2:56 p.m. Monday when authorities discovered his body within the Guadalupe River.

According to a spokesperson with the Guadalupe County Sheriff's Office, Villanueva swam out to help his two young sons, who had been swept into the current and had gone underwater near an island in the river.

Villanueva was able to pull both children from the water. He handed them off to 22-year-old Casandra Kendrick. She was on that island with about 20 of her family members and stepped in to help. Villanueva then had trouble himself and went underwater, and Kendrick went out further to try to help him.

A search was launched for the two adults Sunday evening after they were swept away in the strong river currents southeast of Seguin. Kendrick's body was found at 8:44 p.m. Sunday, according to a news release from the Guadalupe County Sheriff's Office.

First responders called off their search for the night at about 10 p.m. Sunday but resumed efforts at 7 a.m. Monday morning. A dive team was brought in to help locate Villanueva, but when they were unable to locate him, the search expanded further downriver.

The two children are now with family members, GCSO said. Their current condition is unknown.

The GCSO spokesperson said anyone that's going to do any type of water activity any time of the year needs to understand the dangers of the areas they're in. He said there's a warning sign posted in the area of the river where Villanueva and his children were swimming and that they've had several water rescues in the area.