Search called off for Vanessa Guillen after human remains found

Partial human remains were spotted around 11:30 a.m. Tuesday off a rural two-lane highway by a man passing through the tiny Texas town of Little River-Academy. 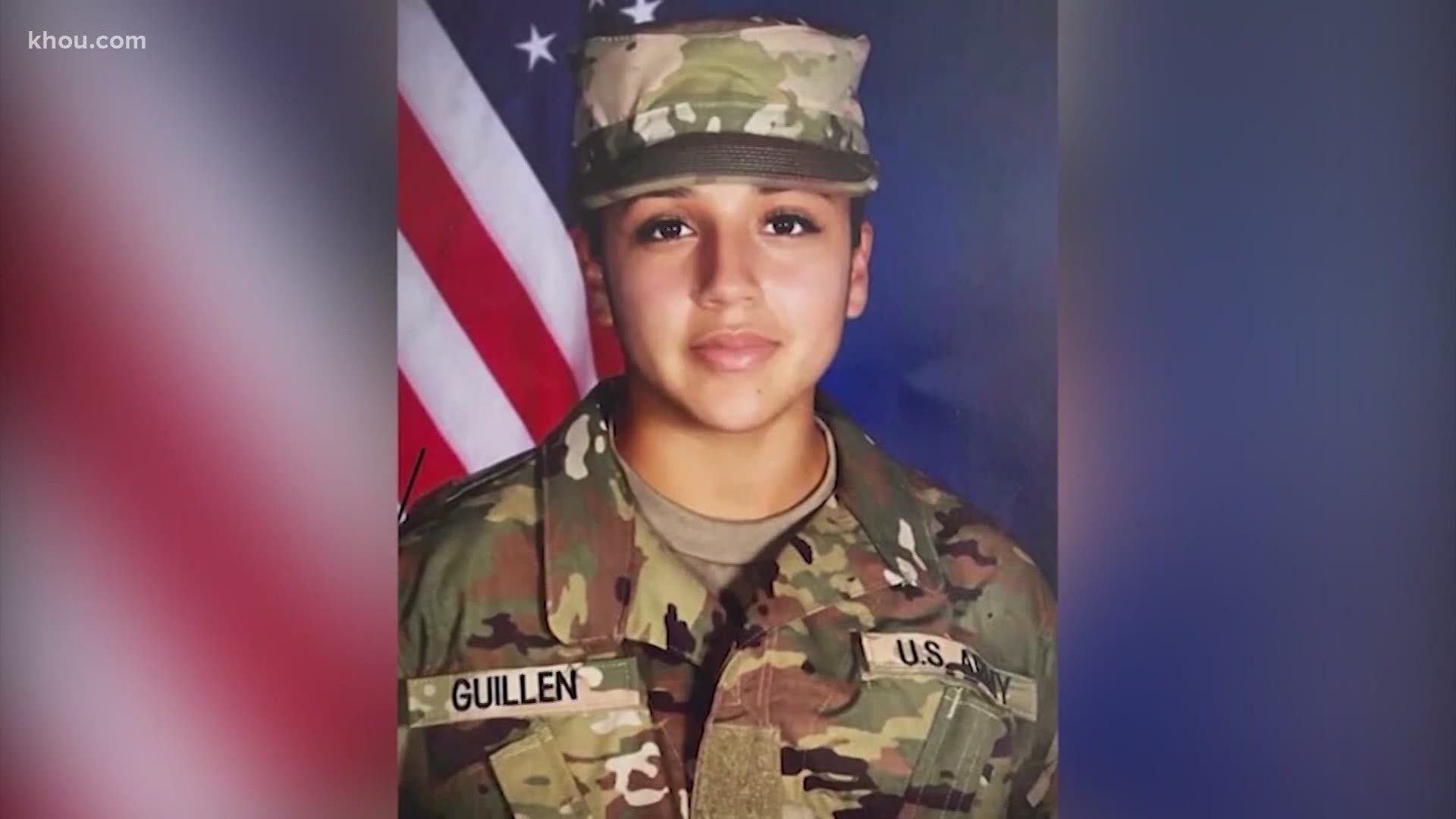 HOUSTON — The head of Texas Equusearch tells KHOU 11 he has called off the search for Vanessa Guillen while they wait for remains found to be positively identified.

Partial human remains were spotted around 11:30 a.m. Tuesday off a rural two-lane highway by a man passing through the tiny Texas town of Little River-Academy, about a half hour from Fort Hood.

“I believe a civilian who was working in the area, doing some ranch work had noticed the foul odor and contacted authorities," a DPS Trooper said on scene.

RELATED: ‘They're not here to help us find Vanessa’: Family of missing Fort Hood soldier says Army is 'covering up'

The remains were found just beyond the treeline, buried in a shallow grave near the Leon River. Texas Equusearch’s Tim Miller said it’s an area a tip had led them to last week in the search for the missing soldier from Houston.

“It was a shallow grave, just a very few feet away from where the evidence was found," Miller said.

Army C.I.D. released a statement saying they don’t have a positive identification and the process can take time.

Guillen was last seen April 22. Before she went missing, she told her family she was being sexually harassed by a superior but didn’t report it because she was scared of retaliation.

Out on the highway, FBI, Texas Rangers, Bell County Sheriff and Texas Equusearch were all on scene digging to make sure they get all the evidence.

Army investigators have not released a cause of death or said if they are looking for a suspect.