The group, recognized as a church by the IRS, says the Texas Religious Freedom Restoration Act bans government from infringing on religion. 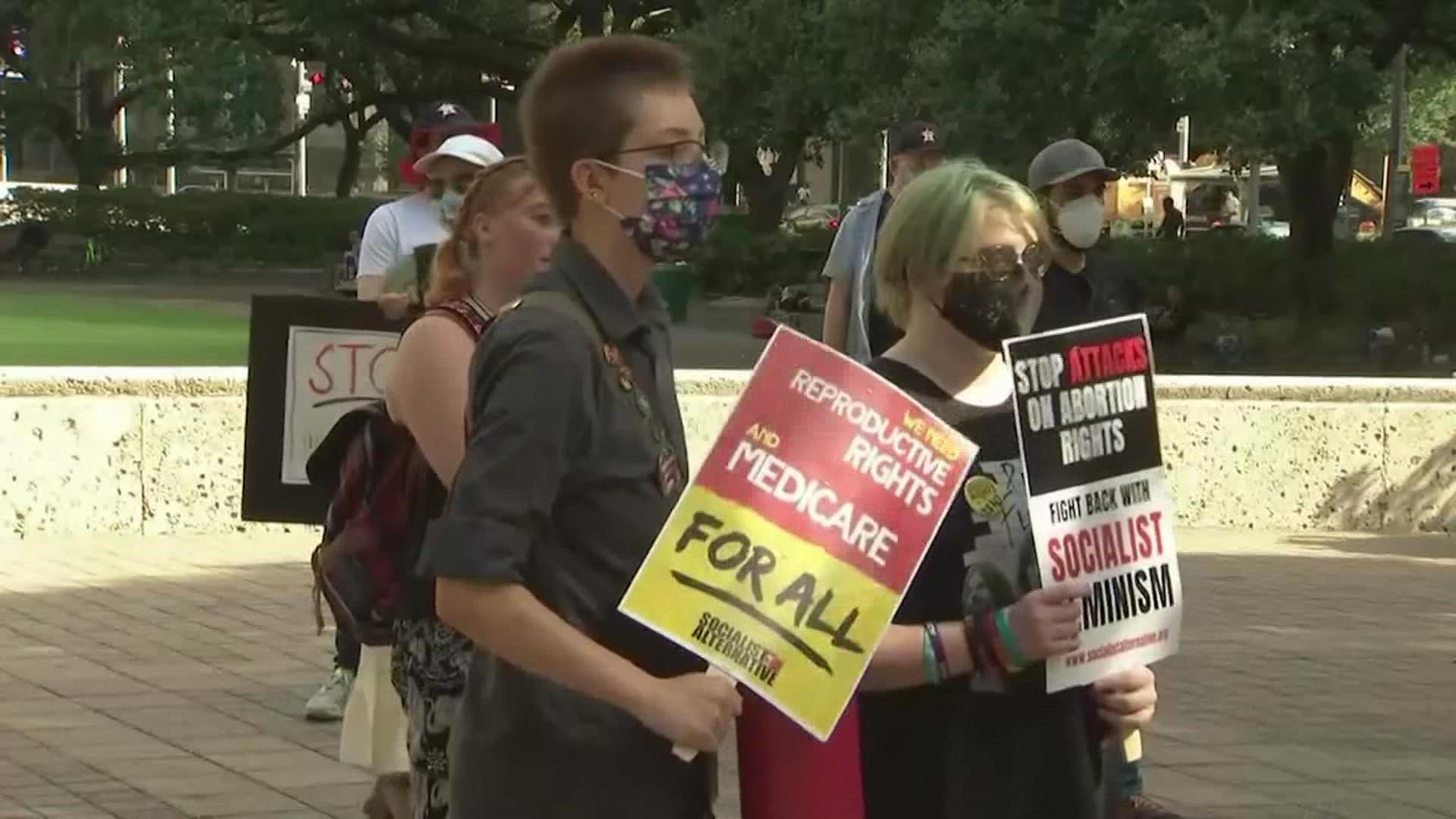 HOUSTON — The Satanic Temple is challenging the new Texas law that bans abortion after roughly six weeks and allows private citizens to sue providers and collect a bounty.

The Massachusetts-based organization, which is tax-exempt and describes itself as a “non-theistic church," argues its members in Texas should be exempt from Senate Bill 8 under the Texas Religious Freedom Restoration Act, which bans government from infringing on religion.

“The Satanic Temple stands ready to assist any member that shares its deeply-held religious convictions regarding the right to reproductive freedom,” wrote the group on its website. “Accordingly, we encourage any member who resides in Texas and wishes to undergo the Satanic Abortion Ritual within the first 24 weeks of pregnancy to contact The Satanic Temple so we may help them fight this law directly.”

VERIFY: Yes, the Satanic Temple was recognized as a church by the IRS

One of the seven beliefs on the Satanic Temple’s website reads, “One’s body is inviolable, subject to one’s own will alone.”

Another says, “Beliefs should conform to one’s best scientific understanding of the world. One should take care never to distort scientific facts to fit one’s beliefs.”

According to its website, the Temple and its members don't believe in the "existence of Satan or the supernatural" despite its name.

The group’s legal counsel sent a letter August 31 to the Food and Drug Administration calling on members to have access to abortion pills, which they say are used “in a sacramental setting."

The letter cites the Religious Freedom Restoration Act, which was created to allow Native Americans access to peyote for religious rituals.

Lucien Greaves, the group’s co-founder and spokesperson, said in a statement, “We will not be intimidated into silence by an unjust law or an authoritarian state government. We intend to fight.”

The organization has previously challenged other abortion laws, including in Texas.

Leaders of Texas Right to Life, a pro-life group whose website to anonymously report violators of SB 8 was taken down over the weekend, vowed to keep fighting.

KHOU reached out to the FDA for a statement Monday. According to their website, the press office is closed on federal holidays, which includes Labor Day.

On Monday afternoon, that website, prolifewhistleblower.com, re-directed to the group's main page.