Three students had one goal in mind, which was to preserve their town's history. 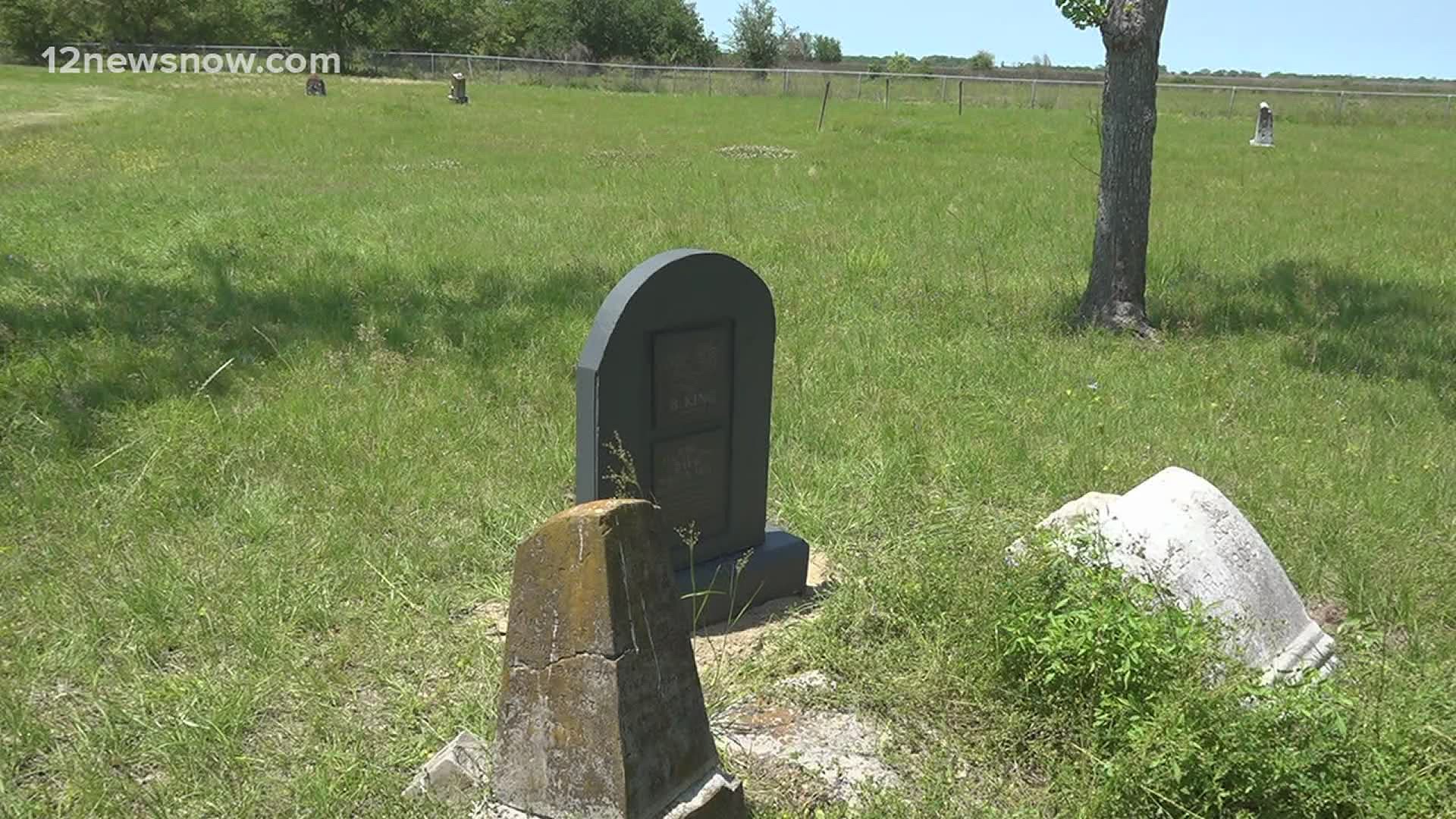 BEAUMONT, Texas — Many have seen headstones from decades ago sitting in cemeteries looking forgotten, but students in Sabine Pass ISD are giving them a second chance.

It's part of a project high school students started before the pandemic. They're restoring history by fixing the damaged headstones.

McGaffey Cemetery is where this project all started. Three students had one goal in mind, which was to preserve their town's history.

A lot of history lies within the cemetery grounds in Sabine Pass. The earliest recorded burial in McGaffey Cemetery was that of a 12-year-old boy named Harris B. King who died in 1873.

Hurricanes faded many of these headstones including King's. Hagedorn knew he wanted to get students involved with restoring the town's history.

“There was a rock that we actually tested out, so when we were able to etch onto the rock then I thought we could probably do a headstone, so we started talking about that,” Hagedorn said.

The school's shop teacher made a concrete frame with rebar for longer lasting headstones, and Hagedorn's student's etched slate for the inscriptions.

“We went on some internet websites. We found find a grave.com,” student Cody Schaller said. “We started using that and we got a picture of an overview of what it used to look like here and we figured out the names and we went on a deeper research looking for family members and what could have been on the grave originally.”

The project was put on pause because of the COVID-19 pandemic.

“It's a good feeling, finally finishing something good for the community, to keep the people of a small town still alive in some way,” Schaller said.

Students were only able to finish one headstone this year, but Hagedorn is planning on keeping graphic design in the curriculum and the project ongoing.