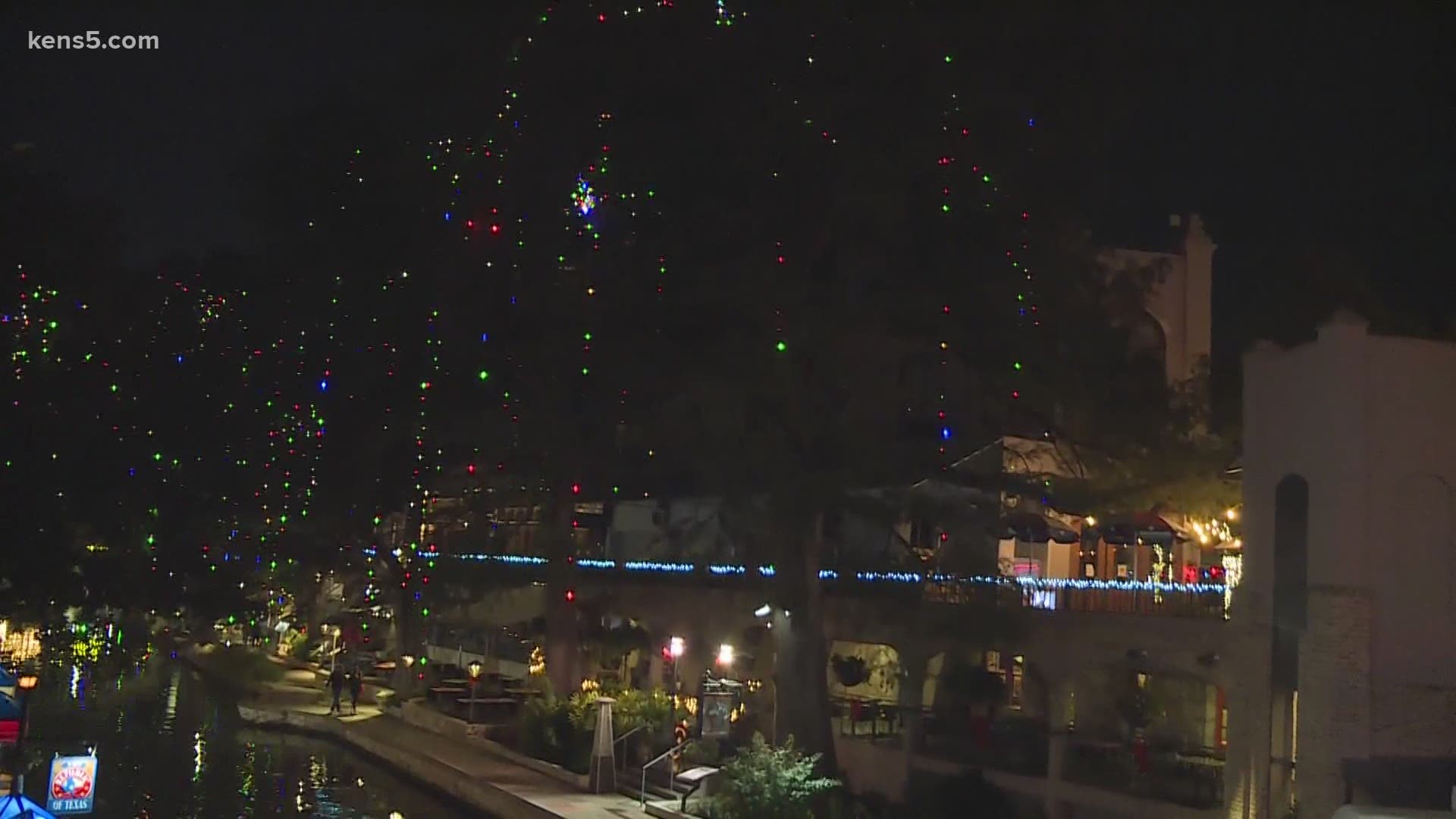 SAN ANTONIO — It's been a rough, strange and most unusual year for virtually everyone in San Antonio as the ongoing pandemic prepares the city for a holiday season of sacrifice and compromise.

To bring a little bit of much-needed joy, local leaders decided to get a head start on one of the Alamo City's most beloved holiday season traditions— turning the River Walk into a glittering wonderland of lights.

Mayor Ron Nirenberg himself, complete with Santa Claus hat, counted down to the lighting-up of the display by virtually tuning into Thursday evening's coronavirus response briefing as he completes a two-week quarantine at his home after a weekend COVID-19 exposure scare (he tested negative for the virus on Tuesday, but said he's completing 14 days of isolation as a precaution).

Mayor Nirenberg is still in quarantine. He joined the briefing live from home to bring some holiday cheer. The Riverwalk is officially lit with Christmas lights! #kens5eyewitness pic.twitter.com/mxRAPSWyyY

Later in the evening, we stopped by downtown ourselves to get a first look at the lights, which don't usually turn on until after Thanksgiving. Check out the video for more of the Christmas season's early arrival to the Alamo City!

Too early for Christmas?? NEVER 🤩 The @theSARiverWalk is LIT ✨🎄✨ I’m showing you around tonight at 10 on @KENS5! pic.twitter.com/vH0ikapYZI