WILLIAMSON COUNTY, Texas -- The Texas Department of Transportation has recommended a new route for State Highway 29 in Williamson County after a two year study. 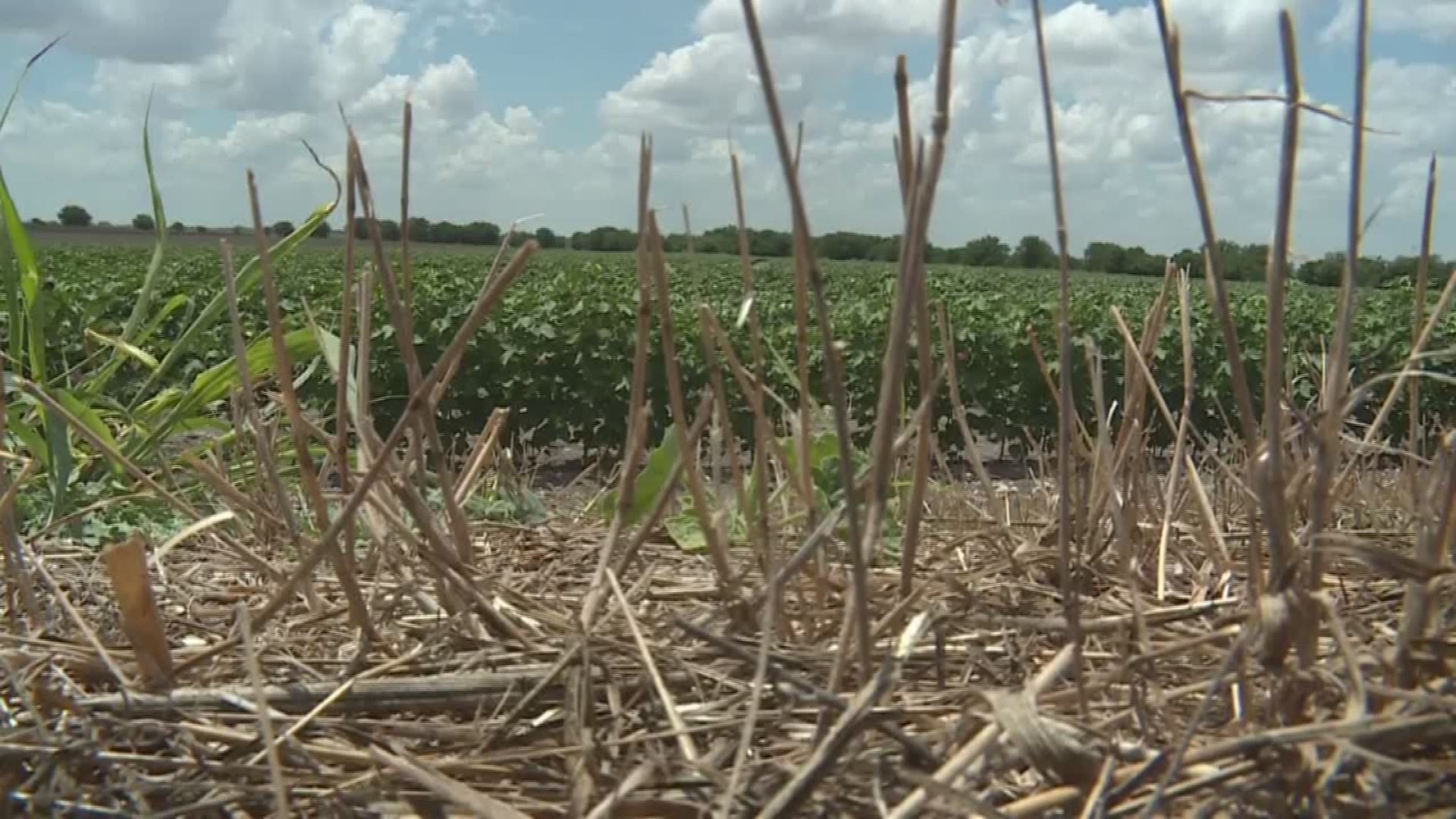 WILLIAMSON COUNTY, Texas -- The Texas Department of Transportation has recommended a new route for State Highway 29 in Williamson County after a two year study.

After studying an area surrounding the current route from Southwestern Boulevard to SH 95, TxDOT said the area often floods, there are too many sharp curves and there is a high traffic volume on the two-lane road.

Department officials release a proposed new route which would run just north of the current road.

"The road's going to come right back there, through that cornfield, and back around, and up over that horizon,” said Kimberly Keller.

Keller showed KVUE where the new SH 29 would cut through her family's farm east of Georgetown.

"It's just an area that one day I want to share with my grandchildren,” said Keller.

Keller grew up coming to her family’s farm.

"I love the farm, when I was little I would come out here often, at least once a week, and we would go fishing, or crawfishing, or something down at the creek," said Keller.

Keller’s family has lived in Georgetown for six generations.

Her uncle, Milton Wolbrueck, grew up on the farm.

He said his great-grandfather bought the 180-acre farm in 1909 and built the original farmhouse in 1911.

"I grew up on this farm, and still here,” said Wolbrueck. "I'd just like to see it stay in the family."

But now, next to the cotton, wheat and cattle, may be the new SH 29.

"I like the peace and quiet out here, and I won't have that if there's a six-lane highway running through here,” said Wolbrueck. "I’ve grown up all these years just seeing it like it is, I'd just hate to see it change."

Keller said her favorite part about the farm is being able to provide food for others.

The family says moving the current road isn't the answer.

"I would like to see them maybe fix the road we've got,” said Wolbrueck.Wolbrueck.

She also grew up here.

She still lives on the land.

"I feel like it’s my duty to try to help preserve it,” said Richter.

She actually went through a similar situation years ago, and worries this situation will take a turn for the worse.

"We've had this experience once before, because I lived on Williams drive, and we went ahead and said we didn't think they were giving us enough when they purchased our property, and they said either you take what we give you, or else we'll just take it anyway, and I feel like this same thing is going to happen again," Richter.

Even though the family said they've gone to community meetings, sent letters, and even contacted state leaders, they feel their voices haven't been heard.

"You write it down and put it in the box, but nobody’s allowed to talk at these meetings,” said Wolbrueck.

Keller said she worries the decision to move the road is motivated by future development.

"Granted, it doesn’t give them the land to tax like this does, you put a road through here you can put housing developments, and commercial properties and you're going to get a lot more tax out of this property if you do that, than if it’s a farm," said Keller.

The family said people keep telling them their land's value will go up with this new road, for potential future development.

But that's not what they want.

"I don't think you saw a for sale sign when you come in the gate, I mean it’s not for sale,” said Wolbrueck.

"It's so important for our grandchildren, to be able to say that this is our farm," said Richter.

According to TxDOT, if funding is allocated from the county, the next step would be an environmental study, which could take months or years.

Right now, the county is still taking input on another project called Corridor C, which would connect Sam Houston at Patriot way to SH 29.

Covey said this is part of an effort to create a bypass around Georgetown, especially for big semi-truck traffic.

Covey urges anyone with input on the County Corridor projects to contact their commissioner. She said they want to hear from residents in the area.

All these road projects are part of their Long Range Transportation Plan, which Covey said is important to ensure they’re planning transportation infrastructure before the county’s population grows too much.