An NTSB spokesman said the pilot was very experienced and had over 5,000 flight hours. 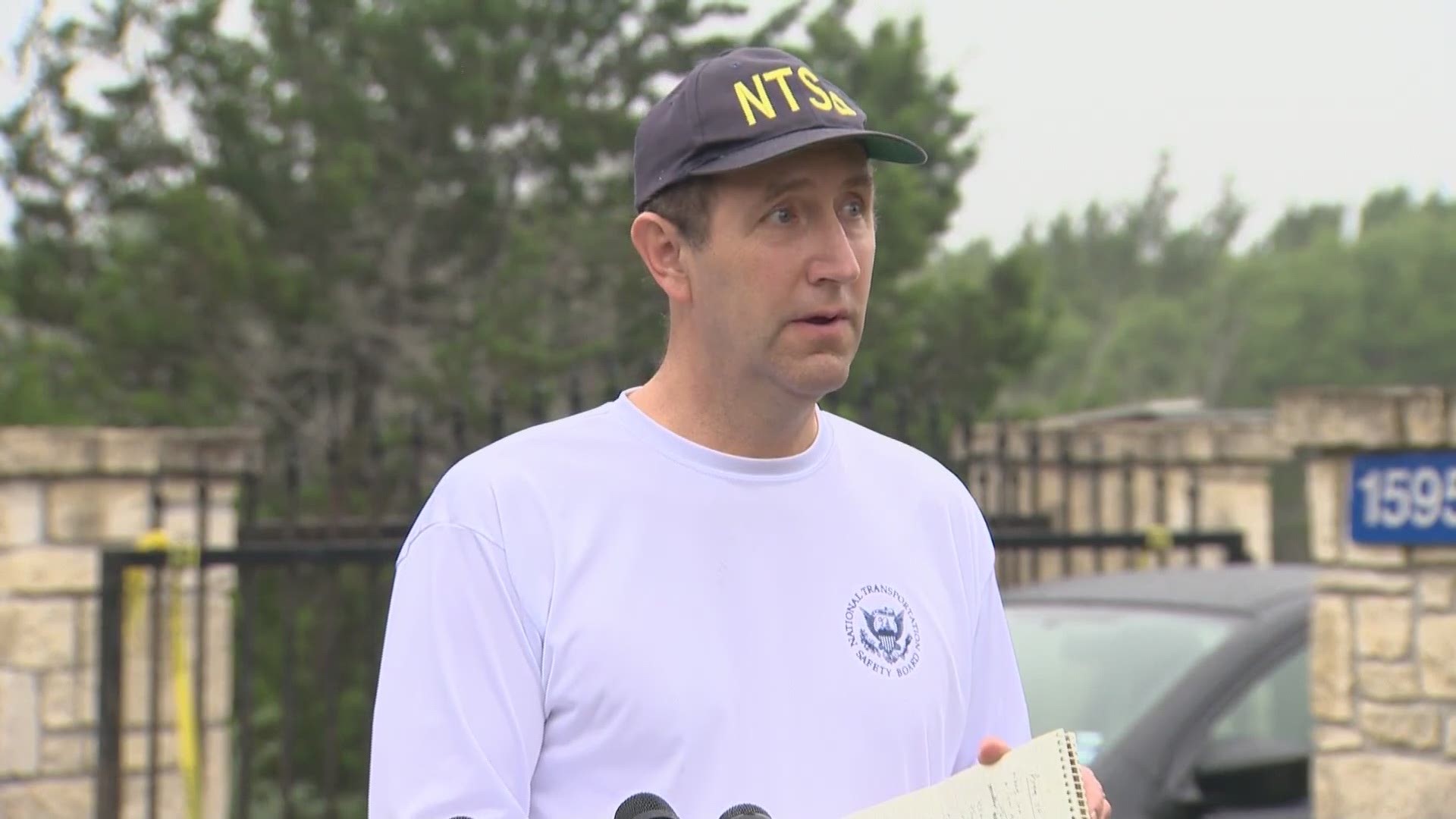 SAN ANTONIO — Officials with the NTSB say all of the six victims in Monday's plane crash in Kerrville died on impact.

The NTSB held a press conference Tuesday morning with more information about the crash that killed everyone on board.

An NTSB spokesman said the pilot, Jeffery Weiss, was very experienced and had over 5,000 flight hours.

The six passengers were coming to Kerrville for business dealings in the area, the spokesman said.

He said the aircraft was purchased by Weiss in 2002. They don't have any information on whether Weiss made a call for help prior to the crash.

The spokesman also mentioned the skies were overcast with no rain at the time of the accident so weather does not seem to be a factor.

The spokesman said it doesn't appear the pilot was trying to land the plane at the time and a cause of the crash is still unknown.

Officials will be looking at the engines, propellers, and other parts of the plane as the investigation continues.

More reports will be released in the coming months on NTSB.gov.