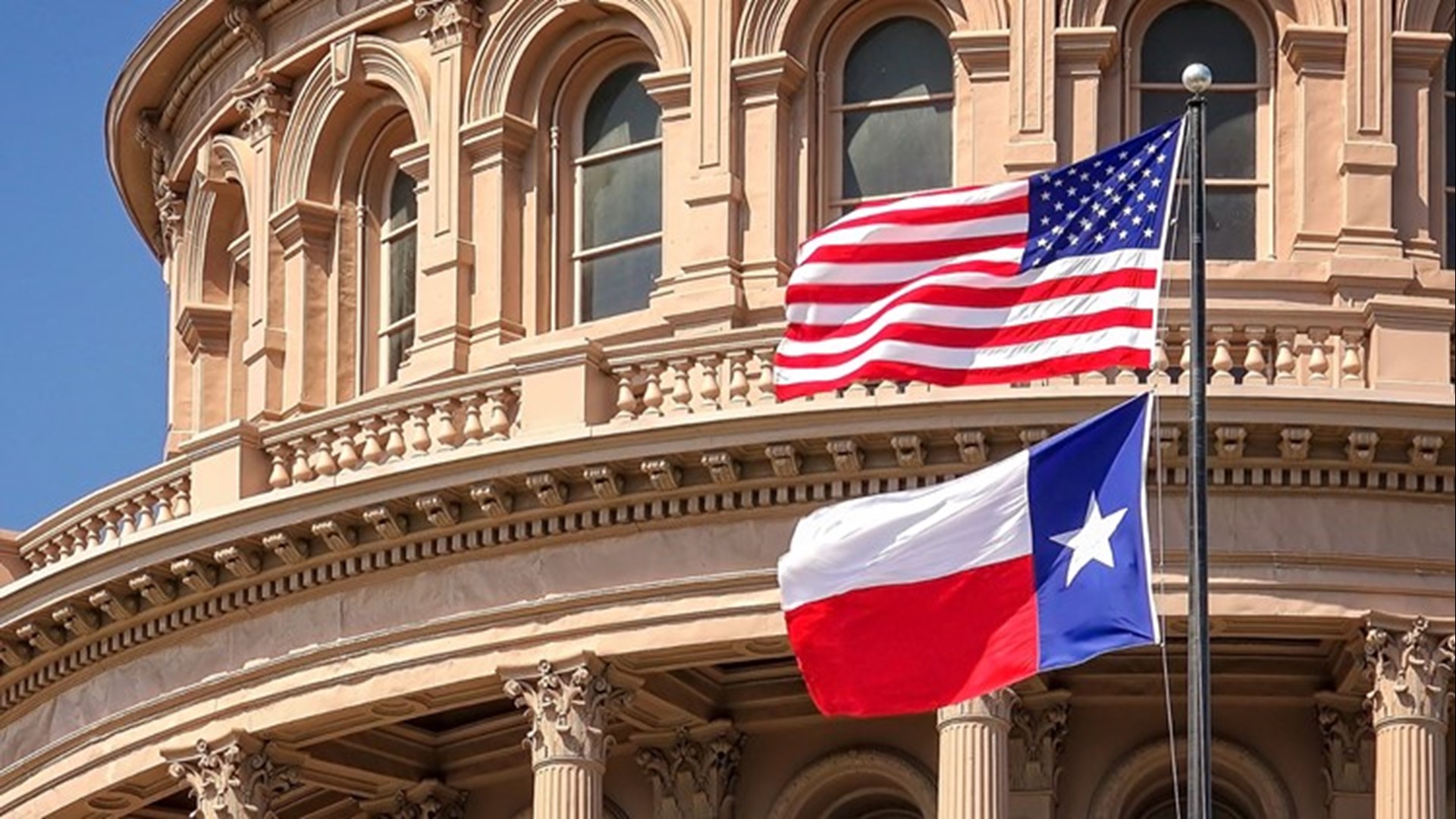 HOUSTON — If your resolutions for the New Year include knowing Texas laws, there are going to be a few new ones that you'll want to read up on.  They are all listed below. The new laws on January 1 come just four months after a bunch of other Texas laws went into effect.

HB 914 changes the prize fees for bingo. A licensed authorized organization no longer has to collect a fee from a person who wins a non-cash prize valued at more than $5. But if a person wins at least $5 CASH as a bingo prize, they must pay a fee of 5% of the prize amount. The licensed authorized organization which collects the prize fee shall give 50% of the fees collected to the Texas Lottery Commission. The revenue collected by the commission from the fee on prizes is considered miscellaneous revenue. Counties and cities can opt in to receive prize fees.

SEXUAL HARASSMENT AT COLLEGES AND UNIVERSITIES

Senate Bill 212 amends the Texas Education Code to require an employee of a public or private, or independent higher education who witnesses or receives information regarding incidents of sexual harassment, sexual assault, dating violence or stalking, to report it.

Effective January 1, 2020 SB212 creates a Class B misdemeanor offense for a person who is required to make a report of an incident but knowingly fails to do so. AND, for a person, with intent to harm or deceived, knowingly makes a false report. The crime is boosted to a Class A misdemeanor if it is shown that the actor intended to conceal the incident that’s required to be reported. The bill requires the institution to terminate the employment of the employee.

The Bill protects the identity of the alleged victim and it prohibits an institution from disciplining or discriminating against the employee, who in good faith, makes the report or cooperates with an investigation, unless the employee is the alleged perpetrator.

The bill also allows the Texas Higher Education Coordinating Board to access an administrative penalty against a non-compliant institution.

SB 1264 protects consumers who have state-regulated health plans from surprise medical bills in certain situations. The new protections apply to bills for medical services received on or after January 1, 2020. This affects people with state-regulated health insurance plans through the state employee or teacher retirement systems, which is about 16% of Texans, according to the Texas Department of Insurance. The new law doesn’t limit options or change a plan’s coverage for out-of-network care. The new law applies in emergencies and situations when you didn’t select the doctors. Patients get surprise medical bills when they get care from a doctor, lab or other provider’s outside the plan’s network. It most often happens when someone has surgery or gets treatment in-network, but gets care from an ER doctor, anesthesiologist, radiologist or other provider who isn’t contracted with the health plan, or when someone gets treatment for an emergency at an out-of-network hospital or emergency facility. The new law bans doctors and providers from sending balance bills to patients in those cases. Instead, health care providers can apply for arbitration or mediation to resolve payment issues with insurers over those bills. The new law keeps consumers out of the middle of those disputes.

RELATED: Here are new laws that went into effect in Texas September 1

The ballot initiative allows the Texas legislature to provide temporary tax breaks for people with property damaged in governor-declared disaster areas. The legislature approved the resolution unanimously earlier this year. Each municipality has 60 days from the governor’s disaster declaration to adopt the temporary exemption.

HB 4390 relates to the privacy of personal identifying information and the creation of the Texas Privacy Protection Advisory Council. It amends the Texas Business and Commerce Code and says a person who conducts business in Texas and has computerized data that includes sensitive personal information shall disclose any breach of the system’s security to any individual whose sensitive personal information was or is thought to have been acquired by an unauthorized person. Notification of a data breach must be made within 60 days of when the business learned that the breach occurred. The business must also notify the Texas Attorney General of the breach within 60 days of learning of the breach if it involves at least 250 Texas residents. Under HB4390, the Texas Privacy Protection Council will study data privacy laws in Texas and other states and relevant foreign jurisdictions. The council will be made up of 5 Texans appointed by the TX Speaker of the House, 5 people appointed by the lieutenant governor, 5 appointed by the governor and a representative from a non-profit organization that studies or evaluates data privacy laws, a professor who teaches at a law school in Texas. The council will make recommendations to Texas lawmakers about changes to the Business and Commerce Code, the Penal Code and must report the council’s findings no later than September 1, 2020. The council will be appointed no later that 60 days after January 1, 2020. The council will be abolished December 31, 2020.

SB 7 moves $1.7 billion from the states rainy day fund to the Texas Water Code, which established two new accounts: The Flood Infrastructure Fund AND the Texas Infrastructure Resiliency Fund. It allows the Texas Water Development Board to issue revenue bonds for both news accounts and it prioritizes financial assistance for counties where the median household income is less than 85% of the state’s median household income.

THE FLOOD INFRASTRUCTURE FUND -- assists in the financings of drainage, flood control and flood mitigation projects.

TEXAS INFRASTRUCTURE RESILIENCY FUND -- special fund in the state treasury outside of the general fund and oversees four sub-accounts:

FLOOD PLAN IMPLEMENTATION ACCOUNT -- Could only be used to provide financing for projects included in the state flood plan, and funds from the account could be awarded to several political subdivisions for a single flood project.

FEDERAL MATCHING ACCOUNT -- could only be used to provide matching funds for flood projects receiving federal funding, including projects funded by the U.S. Army Corps of Engineers and federal ship channel projects.