Nearly 80 Texas counties have opted out of Gov. Greg Abbott's mask order. Others refuse to enforce it.

A handful of other local governments say they won't enforce the order. More have opted out entirely. 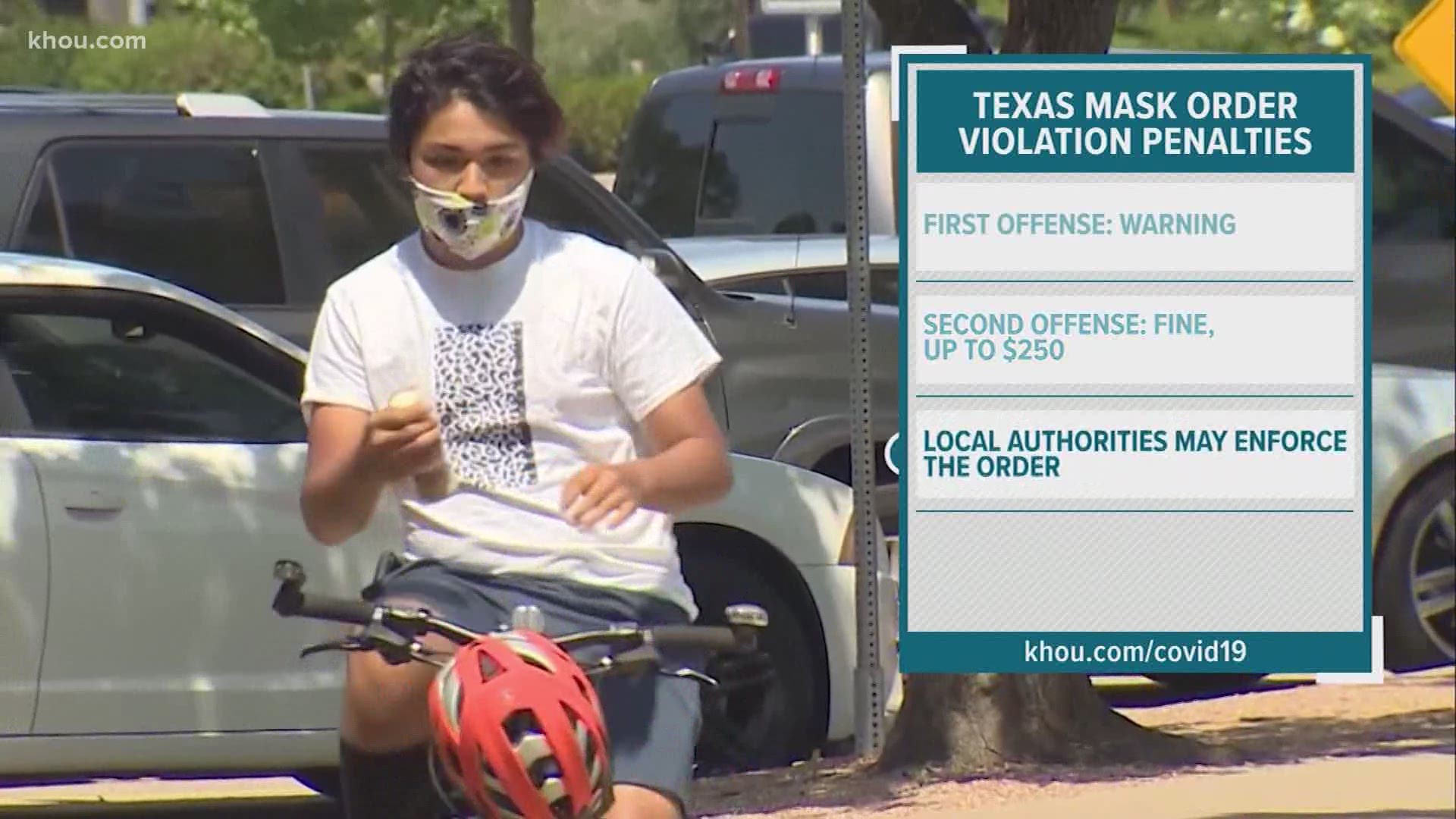 (THE TEXAS TRIBUNE) — When Gov. Greg Abbott issued a statewide executive order requiring Texans to wear masks in public, he gave counties the opportunity to opt out if they have a low number of active coronavirus cases.

A week later, 78 counties have taken him up on that offer. And a handful of other local governments have insisted that they won't enforce the order even though they don't qualify for the opt-out provision. Officials cited a desire to preserve personal freedoms or concerns about enforcement.

"I think it's an insult to Texans to be required to do something they should have discretion for," said Hugh Reed, the top administrator for rural Armstrong County, near Amarillo, which opted out.

In a press release announcing the order, Abbott said that "wearing a face covering in public is proven to be one of the most effective ways we have to slow the spread of COVID-19." Public health experts broadly agree that masks slow the spread of the virus, and the Centers for Disease Control and Prevention recommend face coverings for anyone 2 or older in public settings.

The order came as coronavirus cases have grown quickly in the state. As of Thursday, more than 9,600 people were hospitalized with the virus.

RELATED: Austin residents, visitors who refuse to wear a mask could get $2,000 fine

In order to opt out of the requirement, the counties need to have 20 or fewer active COVID-19 cases. Given the spread of the virus in recent weeks, only counties that are sparsely populated and rural tend to qualify. Most are in conservative areas of the state.

But a few local officials without that freedom are also choosing not to enforce the order. In Montgomery County, which has a population of over 600,000 and has reported more than 2,700 coronavirus cases so far, the sheriff's office said July 3 that it would not take action on the mask rule.

“This order includes specific language prohibiting law enforcement from detaining, arresting, or confining to jail as a means to enforce the order,” the agency wrote in a press release. “This language strips law enforcement of the necessary tools to enforce compliance with the law.”

The press release added that the department would only respond to calls about violations of the order if they are from an “authorized supervisor representative of the business” that is reporting a person who refuses to leave the property.

In a statement the next day, Gillespie County Sheriff Buddy Mills made a similar declaration. He also said his deputies would not be required to wear face masks on duty because it could put them at a disadvantage during a physical confrontation. Citing recent protests over police brutality, he said he wanted the deputies to be able to clearly communicate their intentions when interacting with citizens.

“The Sheriff’s Office does not make this statement as any disrespect to Governor Abbott and we encourage all citizens to take reasonable precautions in their own life to mitigate possible exposure to the corona virus,” Mills wrote.

Law enforcement officials in Kerr County and Wood County and the cities of Hawkins and Winnsboro have also said they won't enforce the mask rule.

Others have fallen in line. On June 25, the city of Colleyville, a suburb northeast of Fort Worth, issued a statement saying it would not adopt or enforce Tarrant County Judge Glen Whitley's mandate requiring businesses to call for their employees and customers to wear face masks. Jerry Ducay, Colleyville's city manager, said that while Colleyville Mayor Richard Newton encouraged people to wear masks, he did not believe it was "appropriate for our police officers to be put in a position of being asked to enforce an unenforceable act."

However, the city changed its stance after Abbott's order.

"I believe the vast majority of [people] were already wearing masks, and certainly were doing so in areas that they could not social distance," Ducay said. "And I believe that effort is continuing throughout, and our business owners and our citizens recognize that wearing masks provides a benefit in our ongoing fight with COVID."

The resistance comes as officials in the state's biggest cities continue to push Abbott to issue more restrictions. Harris County Judge Lina Hidalgo, for example, has called for the authority to issue a local stay-at-home order.

“If the rate that we've been seeing the last week and a half continues to increase at the same rate, it will get to a surge level in our hospitals probably by mid-July,” said Dr. Philip Huang, director of the Dallas County health department.

Huang added that as long as everyone is making use of them, face masks will be key to allowing businesses to further reopen and potentially slow down the spread of coronavirus.

But to Reed, the Armstrong County official, asking residents to wear a mask is enough.

"We're a small rural county, we've got 2,000 people, and I don't see anybody taking unnecessary risk with that," Reed said. "There's people who wear a mask in certain settings. Everyone's wearing a mask. People can. And they're encouraged to."

This story originally appeared in The Texas Tribune on July 9, 2020