The Soldiers of Oxfordshire Museum said it wants to return a Waco WWII soldier's dog tag to his family after it was found near Eynsham Hall in Oxfordshire. 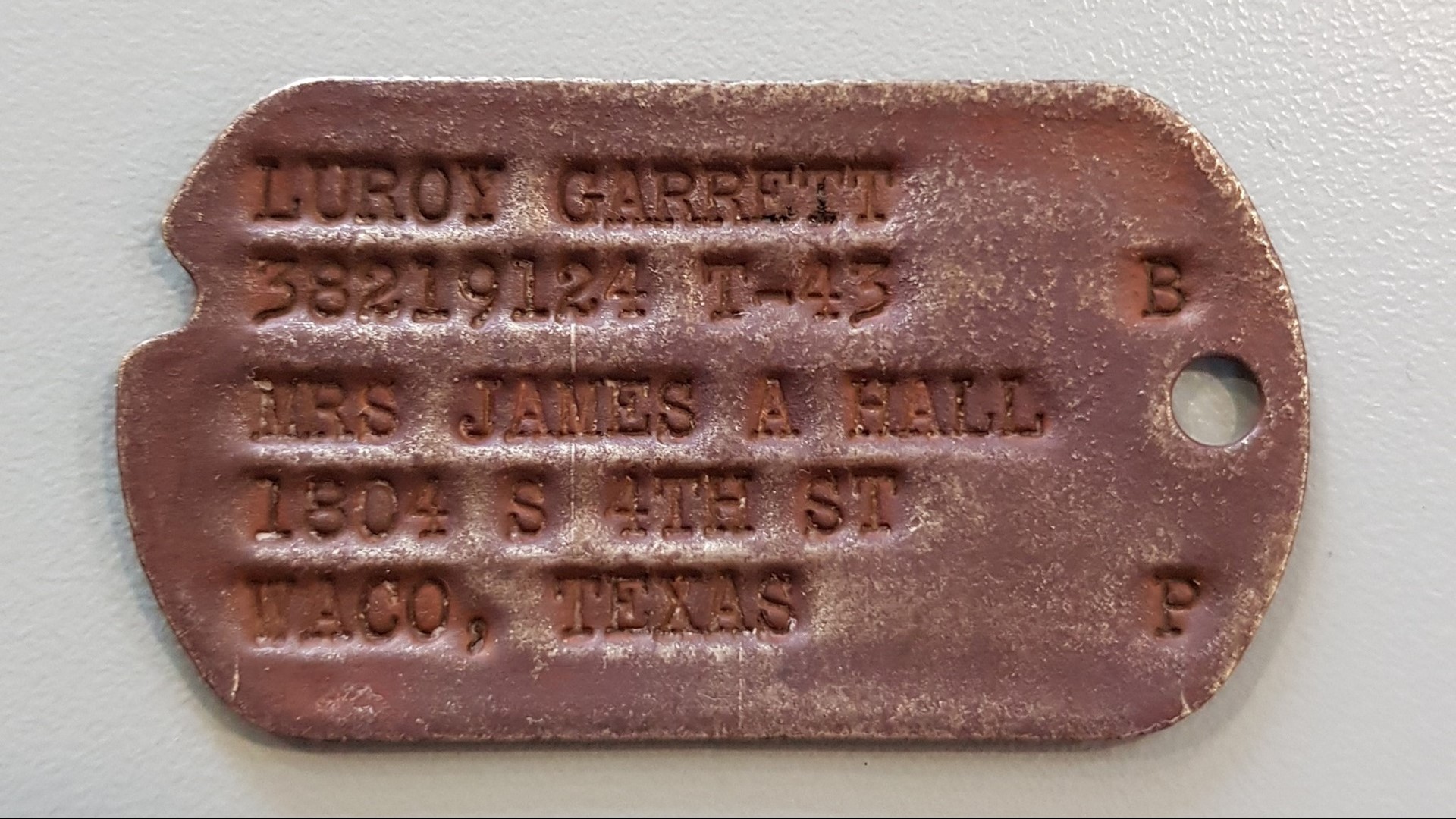 OXFORDSHIRE, UK — A museum in Oxfordshire, England is asking for help finding the family of a World War II veteran from Waco.

The Soldiers of England's Oxfordshire Museum posted to Facebook Friday to say an American soldier's WWII identity tag was found by metal detectorist Kevin Huckins near Eynsham Hall in Oxfordshire and they would like to return it to the soldier’s family.

Eynsham Hall was once used as an R&R base for the U.S. Army Air Corps in World War II and run by the American Red Cross, according to Peggy Ainsworth, the Collections Manager at the museum.

The picture of the dog tag the museum posted to Facebook is engraved with the name Luroy Garrett and an identity number 38219124 T-43. The dog tag also has the name Mrs. James A. Hall with an address of 1804 South 4th Street in Waco on it.

Soldiers of Oxfordshire Museum
CAN YOU HELP? This American soldiers' WW2 identity tag was found by a metal detectorist near Eynsham Hall in Oxfordshire. The finder would love to return it to the soldiers' family - the name...

The museum has been posting updates in the comments of the post.

“We've found a record saying that a Leroy Garrett lived at the mentioned address and was a janitor for a medical company in 1940. He lived with his wife and 1-year-old son.”

One Facebook user commented that the name on the tag may be misspelled.

“Some discrepancies on the first name, might be misspelled on the dog tag. The service number brings up this spelling, which matches some newspaper records,” Martin Bachner said.

The search for the soldier has proven to be quite the scavenger hunt for some.

Ainsworth said seeing people from across the world come together to put the pieces together.

"I think it's absolutely lovely that there are loads of people from America and there are people from the UK all coming together to find this information," Ainsworth said.

By Tuesday evening there was a strong lead on finding the family.

Anyone who may know the family or has an idea of where they might be can email media@sofo.org.uk. or comment on the Soldiers of Oxfordshire Facebook page.