A community came together to help track down a missing 30 pound cat after a week of searching. 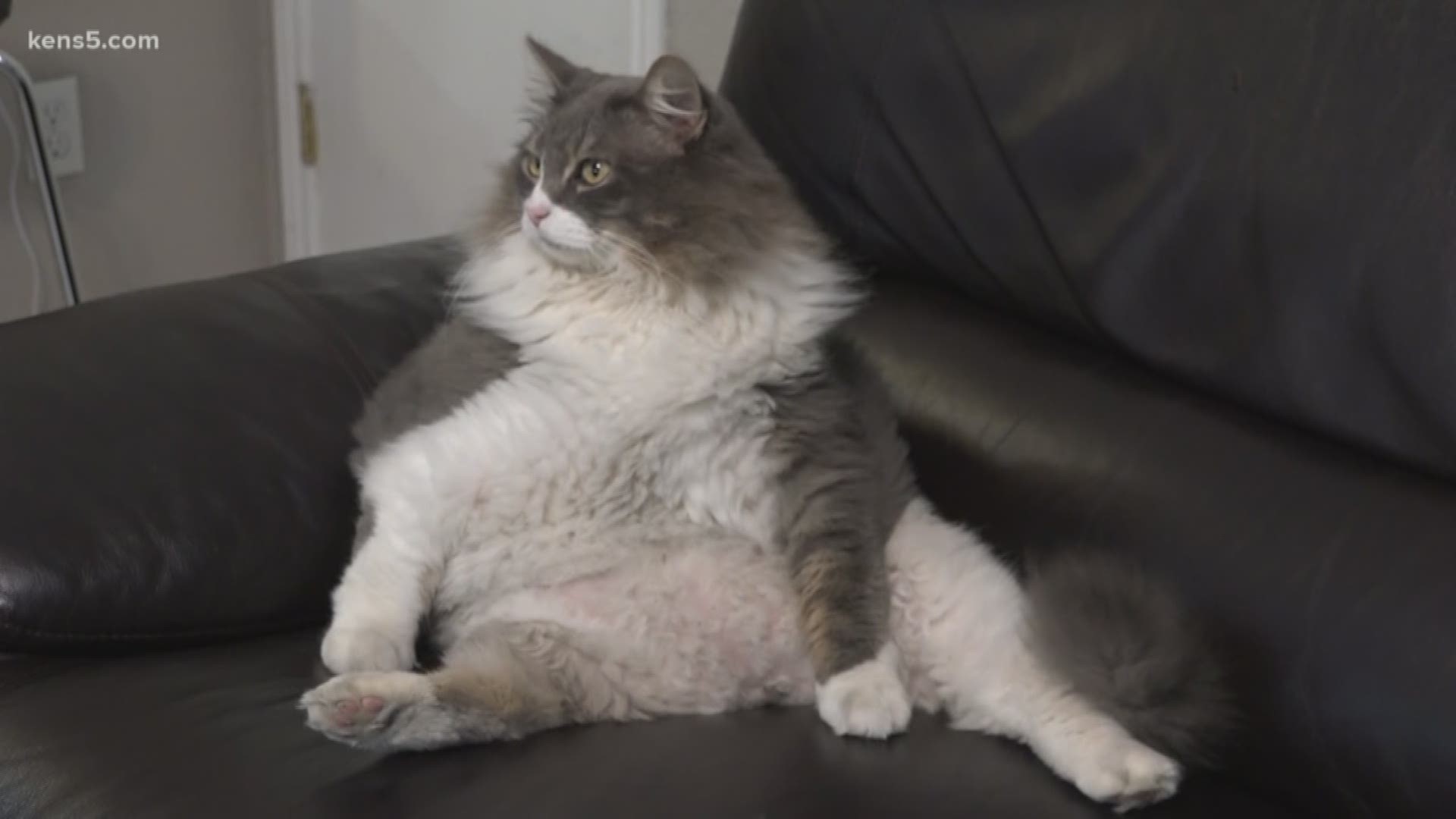 NEW BRAUNFELS, Texas — A family has been reunited with their nearly 30 pound cat after it disappeared for seven days.

Kim Thompson said the Gruene community joined in on the search after she spread the word online and posted a banner outside her home with pictures of her missing cat, Meow. She said she was worried about Meow's health in the heat.

Teryn Zech, who works across the street from where Meow lives, said she would come into work early to search for Meow. Thompson said she believes someone took Meow after he roamed outside.

The search was a community effort, spurred by shares of a post online and good, old-fashioned walking around the area.

It’s unclear where Meow was or what happened while he was gone, but he was found on Saturday under a porch.

"I saw him poke his head out, I wanted to cry,” Thompson said. “I could not believe that he was really there." She said Meow did not lose any weight while away from home. She added that she's keeping a close eye on her big gray family member to make sure he doesn't get out again.

Local girl thankful to firefighters after rescuing her cat

Meet Monte, the rescue dog starring in 'Lady and the Tramp' remake