'A blessing we never saw coming': How San Antonio gained 58 newlyweds at the same time

An Alamo City church decided 18 months was enough for longtime engaged couples to put off their nuptials, and then went even further to accommodate them. 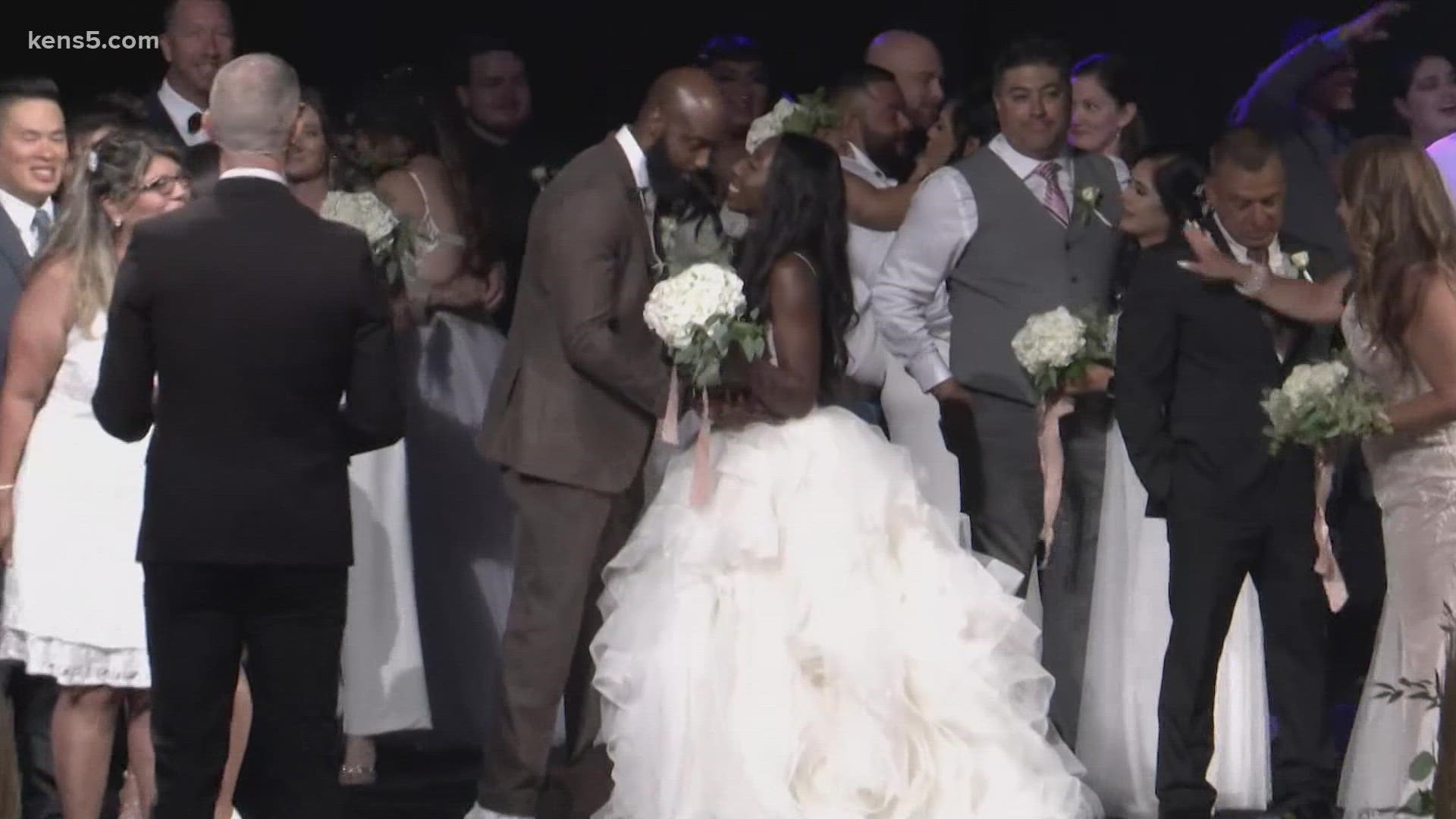 SAN ANTONIO — At the Community Bible Church, love is in the air.

On Saturday McGee and his fiancé, Javanka Johnson, were preparing to be wed—and they were far from the only ones. Thanks to a mass wedding hosted and officiated by lead pastor Ed Newton and CBC, they were just one of 58 couples to get married on this day.

“Well, we’ve been engaged but putting it off, so when this opportunity came up we felt like it was a sign. Like God saying, 'Come on,'" Sara Weir said.

“We said, 'In this commitment, if you choose to say yes, we’ll pay for your marriage license, we’ll put on the best wedding we could possibly do, CBC-style, and we’ll give you $500 towards your honeymoon,'" Newton said.

The pastor said this opportunity gives many of the longtime couples a chance to share their passion even in the middle of the pandemic.

“The pandemic has caused many people to have to put off weddings for almost 18 months. So we want to operate in social responsibility and obviously be cautious and careful, but there are couples that have been waiting to get married,” Newton said.

“This is a blessing we never saw coming,” John Santos said.

Newton says the church seats up to 3,600 people, adding they limited invitations so attendees were able to socially distance while watching their loved ones say "I do."

The pastor says, pandemic or not, love always wins.

“I believe, through it all, it was just God saying it’s time,” Johnson said.