County officials say they've seen an increase in human smuggling on the roadways. 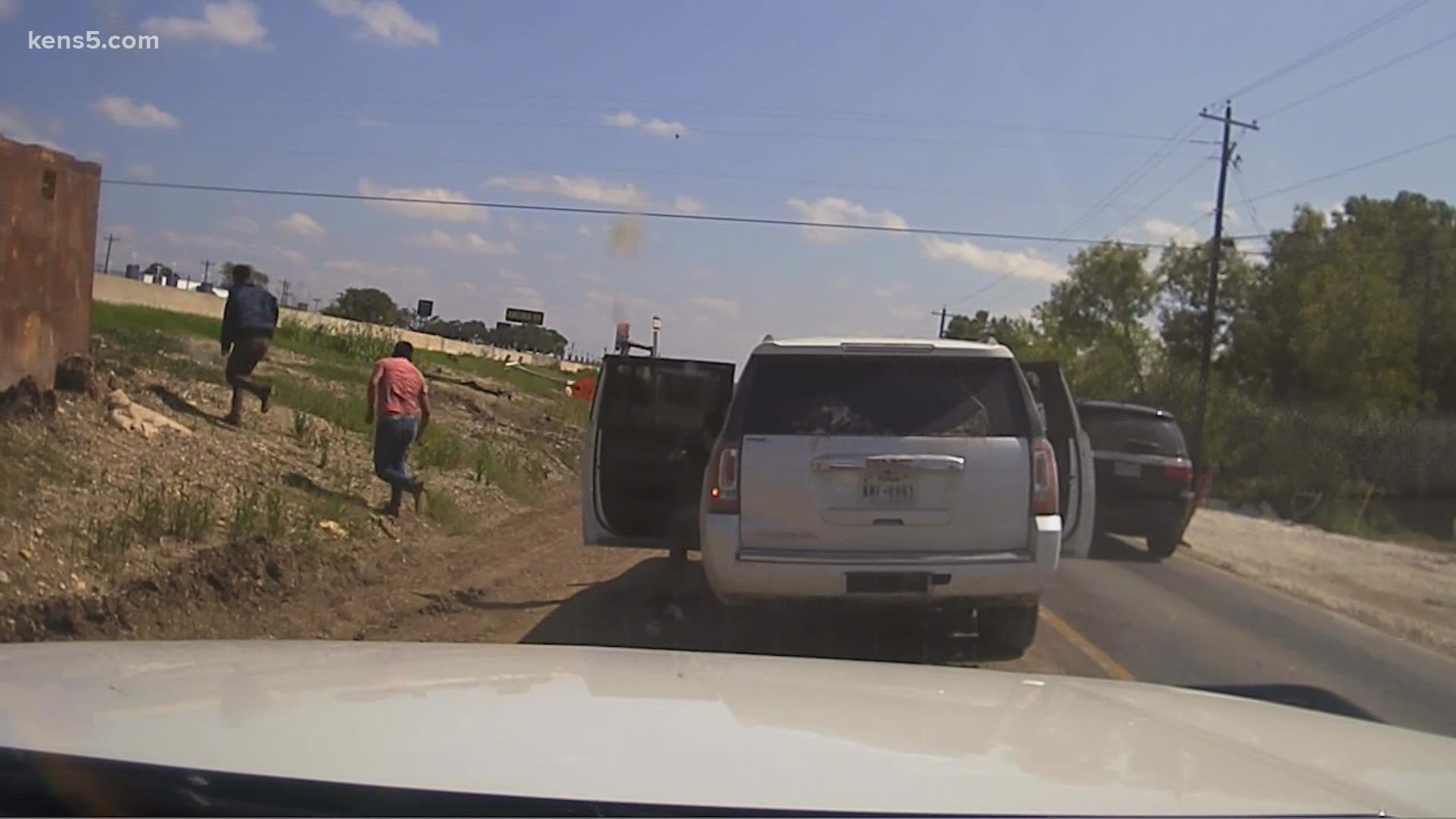 But the surge in asylum-seekers arriving at the Texas-Mexico border is impacting communities like Boerne, nearly 200 miles away.

In the video, the driver finally stops the SUV on the service road and 13 migrants bail out of the vehicle. The driver then slams the SUV into the deputies car before being pulled from the vehicle and arrested by authorities.

“As far as we are away from the border, it's here,” said Kendall County Sheriff Al Auxier.  “There isn't any part of the country that's not being affected by this.”

Auxier and Kendall County District Attorney Nicole Bishop said the criminal organizations are using the I-10 interstate corridor as a route for human smuggling.

“They're coming up from the Del Rio sector and coming down I-10 potentially to San Antonio or as far east as Houston to stash houses,” said Auxier.

Bishop said the migrants encountered in Kendall County have mostly been from Mexico, Honduras and Guatemala.

“We haven't seen it to the degree that we have experienced it here in the last several months,” said Auxier.

“We've never seen the human trafficking element and really the predatory nature of the cartels of their own people and using them to make more money than they've ever made before,” Bishop added.

Bishop said they are doing what they can to crack down on the criminal organizations in their county, but it can be a challenge.

“You can't, we can't get a handle on the border until we get a handle on these criminal cartels,” said Bishop. “They are setting up these networks and these routes in our country and they're strengthening every day. You know, the longer we don't do something about it, the stronger they're going to get.”

Auxier said until federal immigration laws are enforced, the cartels will keep their doors open for business.

“There's not a person that crosses the border that the cartels do not know about and how these people, these human people, are being used and being exploited for monetary gain, and that is huge, huge,” Auxier said. “People don't understand the magnitude of that.”

Bishop said how the cartels exploit the migrant is heartbreaking, and said every car they stop, they are saving lives.

“What we're seeing is that everybody is paying to cross the border, but everybody also has a debt that they have to pay off, and depending on what that debt is, they could be working for a number of years. And what we also see is that debt is increased, so it sometimes turns into a debt that they'll never be able to pay off,” said Bishop. “Some of them are being turned around to be drug mules and to traffic drugs for the cartel, and others are going into even more horrific conditions.”

Both county officials said they will continue to fight the criminal organizations with the resources they have.

“If we go after it hard, they will go around our county,” said Bishop. “We're going to do what we have to do to keep Kendall County safe.”