Crews are reportedly draining a pond not far from where the young man was involved in a car wreck. 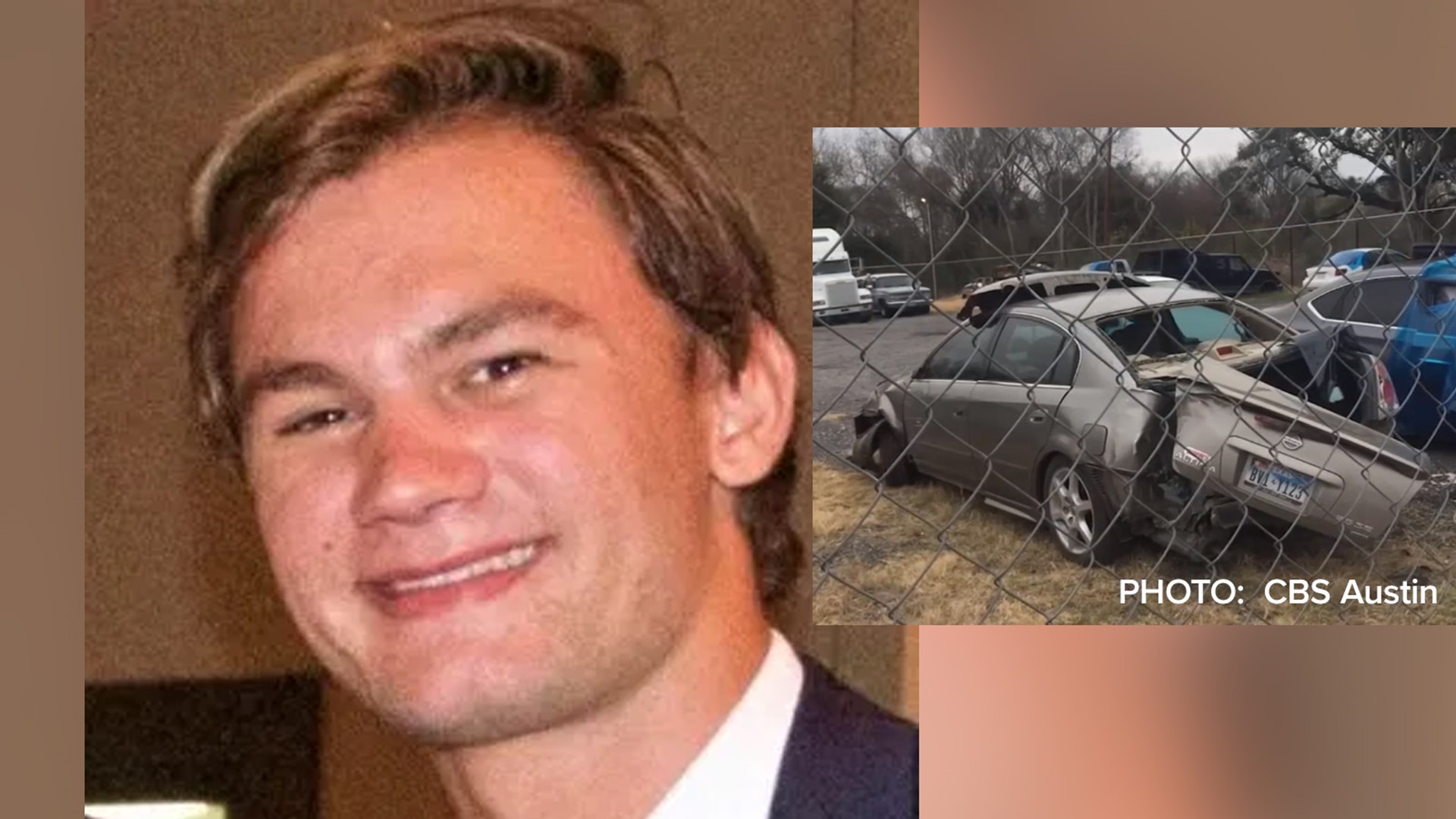 HOUSTON — Search crews are still looking for the college student from the Houston area who went missing while returning home from Texas State University.

Authorities reportedly found his Nissan Altima crashed and abandoned. It’s believed he was involved in an accident while on his way back to his home in the Sienna area of Missouri City — a suburb of Houston.

"All I know is my son was in a car crash, he walked away from that car crash, and he’s hurt and he’s alone and he’s out here,” Kent Landry, the young man’s father, told CBS. “And I just want my boy found.”

According to the family’s church, which has been active on Facebook, crews have now focused in on an area pond that scent dogs led them to. The pond is being drained and looked over by drone. As of late Friday morning, no further clues had been found, however.

Texas EquuSearch also posted an image of the missing man on its Facebook page. People have been searching area rivers, creeks and the land by horse and foot.

Texas DPS officials said they believe Jason was able to get out of his vehicle after the wreck, but it is unclear where he went after that. They do not at this time have any reason to believe foul play or alcohol were involved, CBS reported.

It’s also unknown why or how the student ended up on the backroad. His father speculated he may have gotten turned around while using a navigation app as the country roads are very dark with no street lights.

Multiple agencies are involved in the search. The 21-year-old is described as a white male who is just over six feet tall and weighs 170 pounds. He has brown hair and brown eyes. Anyone with information about his disappearance can call the Caldwell County Sheriff's Office at 512-398-6777.

In the meantime, the family’s church, Southminster Presbyterian Church Missouri City, has planned to have a social-distant prayer vigil this weekend. You can visit their Facebook page here for more information and updates on this case.