It's neighbor vs. neighbor when it comes to this Ted Cruz campaign sign

Instead of yanking down his neighbor's Cruz sign, Michel Bond has employed a slightly more humorous tactic. 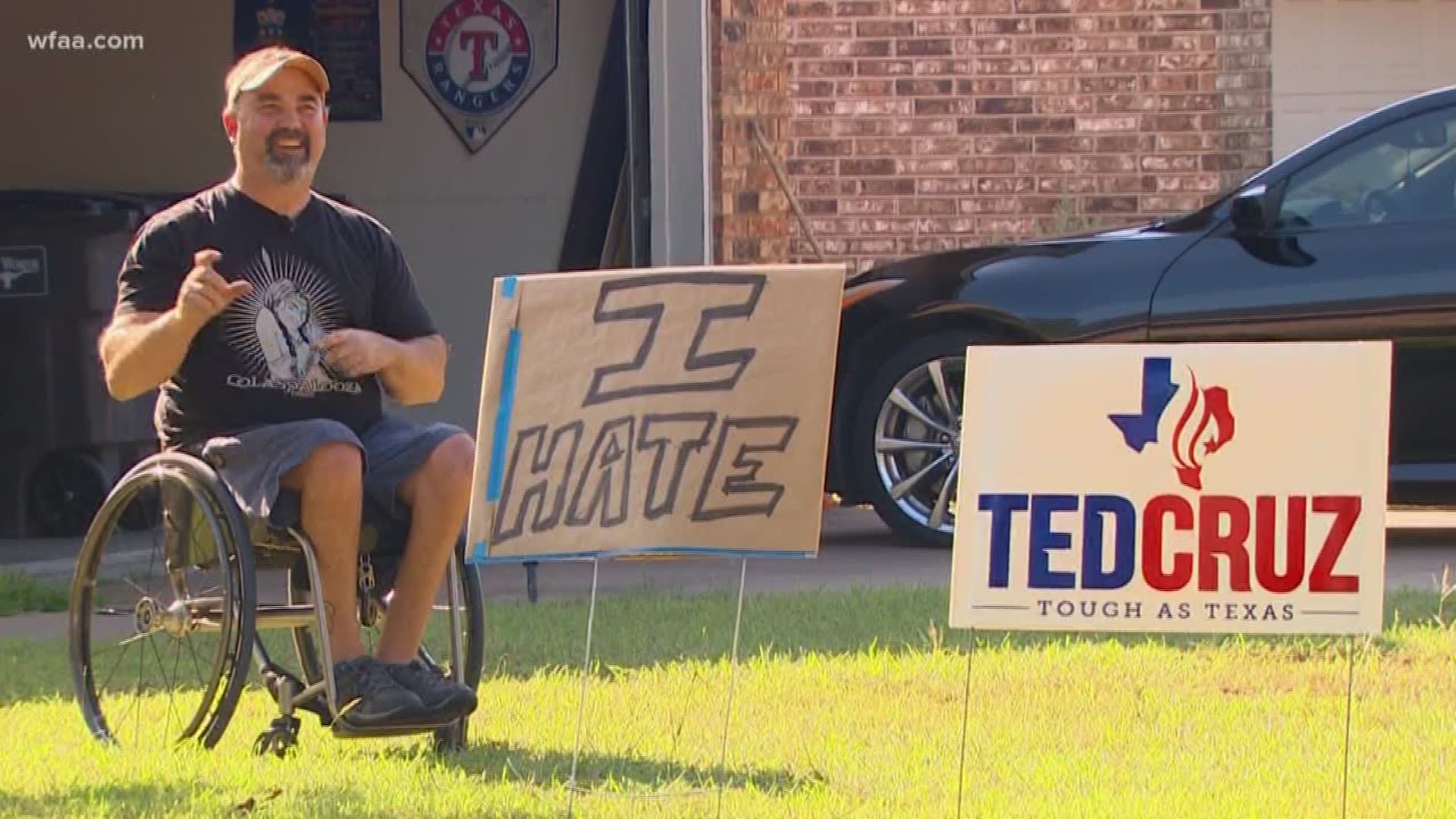 FORT WORTH, Texas — Heard about all of the Ted Cruz and Beto O'Rourke campaign signs getting torn down in yards across North Texas?

This is not that story. No, instead of yanking down his neighbor's Cruz sign, Michel Bond has employed a slightly more humorous tactic. "I thought why the hell did he have to put it right in front of my house," Bond said with a laugh on Wednesday.

Some 24 hours earlier, the Fort Worth man had noticed a Cruz campaign sign pop up directly along the mowing line that separates his yard from that of Steve Mitchell, his neighbor and pal. "So, I thought, what if I put 'I hate' on this sign," said Bond.

Approached from one direction on North Bugle Drive, the 'I hate' now sits directly in front of 'Ted Cruz.'

Mitchell said he knows it's all in good fun, that's why put up the Cruz sign on the property line. "I knew it was going to get to him," he said. "I was thinking, 'I'm gonna put that sign right on my side of the line."'

Bond also put a less endearing message on the other side of the sign that drivers see coming from the opposition direction.

"I don't really hate Ted as an individual. I just don't like his policies," he said.

The two men think the fact that they're able to joke with each other in a civil way should serve as a reminder that life is short. "He's a great guy. We have beers together," said Mitchell. "I hope people take that away from this."