You can’t miss his call for help on wheels. A man is driving a huge poster of his dog on top of a 26 foot trailer. 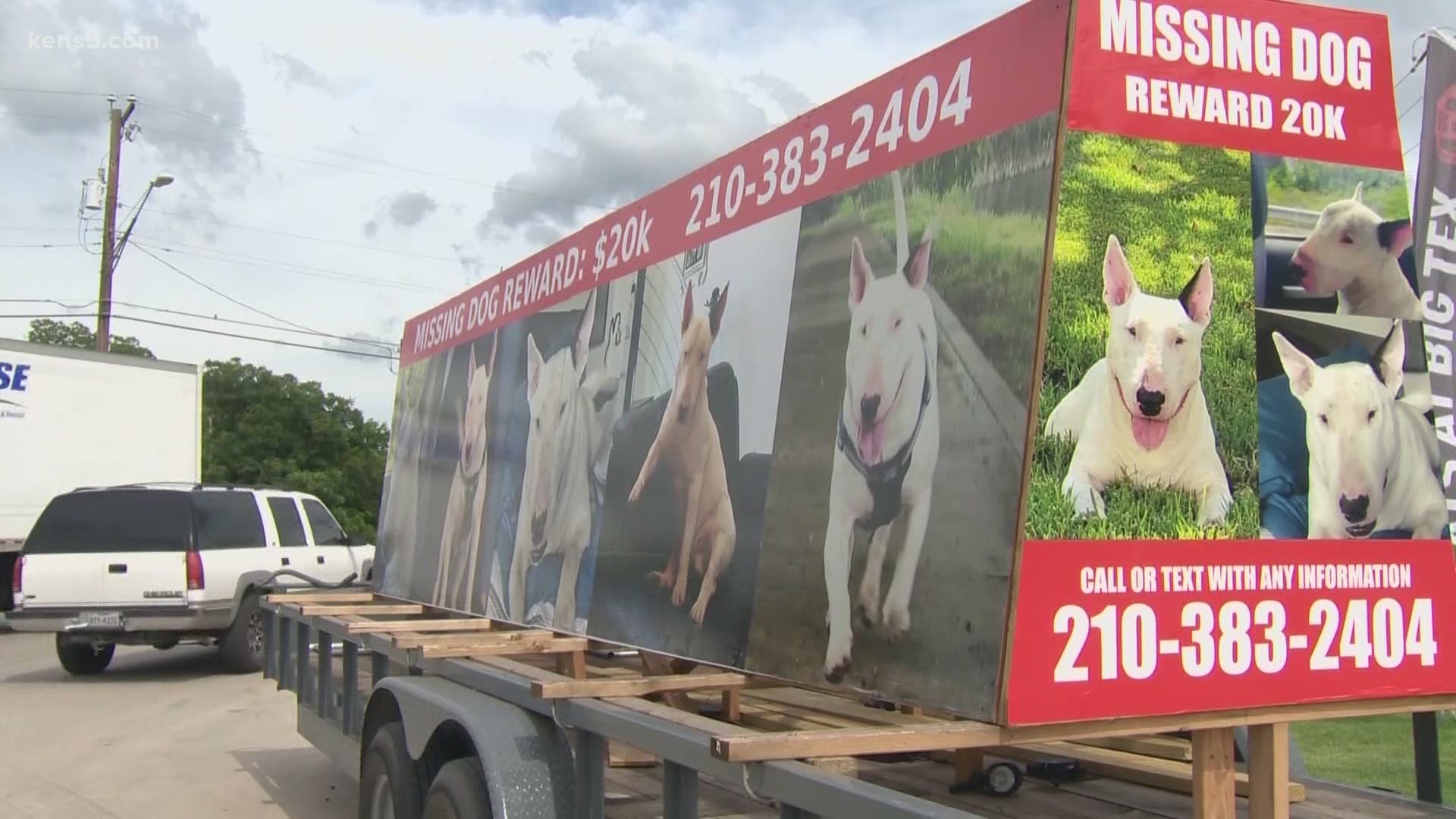 SAN ANTONIO — You can’t miss his call for help on wheels. A local man is driving a huge poster of his dog on top of a 26 foot trailer. He’s hoping the price that’s on display will entice someone to come forward.

Roi Biton is the man behind the large sign and trailer that’s been spotted around San Antonio. Since April, he’s been driving it around the city and dropping it off in random areas.

“I hope that someone that saw something or the person that has him, will see it and come forward,” he said. “The size of the sign doesn’t even reflect the ounce of the size of my love to him. I know it’s mutual. I cannot stop thinking about him on the other side, wanting to go back home.”

Back in November, Biton said he was with his Golani and his other dog on a property on Jones-Maltsberger and highway 281, south of a Security Service Bank that’s near a canal. He said his dogs took off chasing another animal and only one returned. She appeared frightened with her tail between her legs. Biton said he jumped into his truck to get to the other side of the property where the dogs took off, but Golani was gone. The dog didn’t have a collar but was micro-chipped.

Credit: Roi Biton
Roi Biton and his dogs including Golani

Biton served in Israel Special Forces and said Golani was named after the unit he served in. His said his friends surprised him with the dog for his birthday.

“Golani means the unit that protects the north of Israel. The Golan Heights. So, I named him that name as a honor to my service in Israel,” said Biton.

He said Golani soon became an emotional support animal and helped him cope with PTSD. Biton said he’s printed fliers, gone door-to-door to ask neighbors, launched social media advertisements and even hired a psychic. But nothing substantial has resulted in his efforts. Biton estimates that he’s spent close to $20,000.

“But I don’t count anymore. I don’t. I get up every morning after a bad night sometimes, where I don’t have him next to me and um sorry, this is really hard for me,” said Biton choking up. “I get up in the morning and all I want to do is to go out there and do my very best today ‘cause all I have is today. To push as much as I can to try to find him.”

Biton is asking anyone with information about his dog to contact him at (210) 383-2404. He says you can remain anonymous.