Houston history under your feet 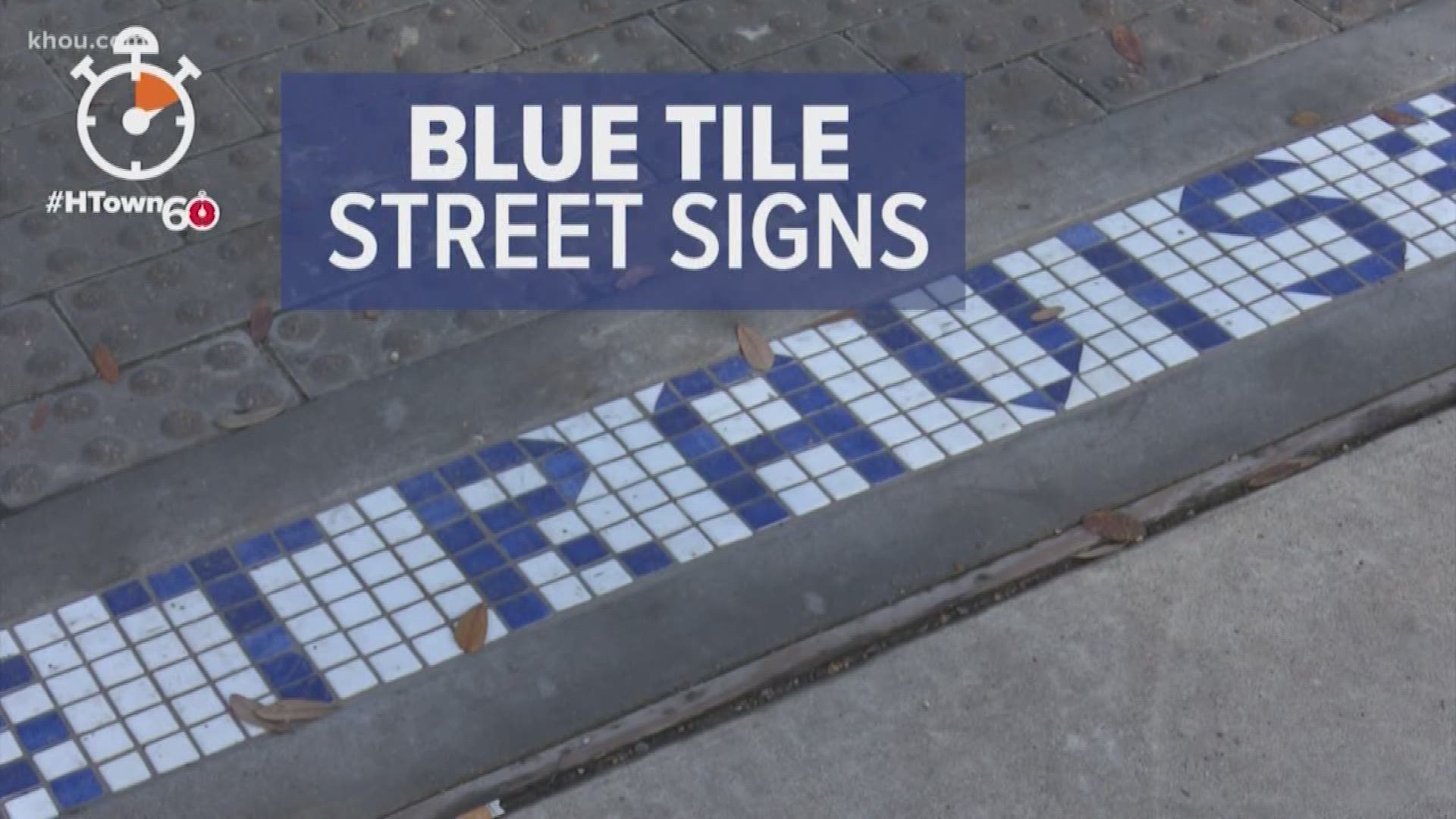 HOUSTON — There are pieces of Houston history sprinkled all over the city and you probably haven’t noticed. They’re blue tile street signs, what Joey Sanchez calls “the original street sign of Houston.”

He and his wife started the Blue Tile Project after noticing the signs on a bike ride back in 2015.

“You can go anywhere from the Heights, Rice Village, Washington Avenue down to Third Ward,” Sanchez says. “Everywhere around town, there’s a blue tile street sign.”

The tiles aren’t just underfoot. They’re popping up on restaurants, including an exterior wall of The Hay Merchant, and on merchandise, such as 8th Wonder Brewery’s Weissteimer beer. At Spring Street Studios, they’re upcycled as parking space markers. They’re such a unique piece of Houston history, the Houstorian, James Glassman, has used the tiles on his book covers.

“We decided to bring the blue tiles back to the city and I think it’s working,” says Sanchez, who now offers the unique tiles on his website.

If you want go blue tile hunting in Houston, there’s an app for that. It helps you scout out them out and post when you’ve found a new one.

“We have the ability to recreate these blue tile street signs, so it’s an infinite amount,” Sanchez says.

Now you know to keep an eye out for those iconic blue tiles wherever you walk in Houston.