Police are on the scene of a shooting near the I-10 and Loop 410 interchange in Balcones Heights. 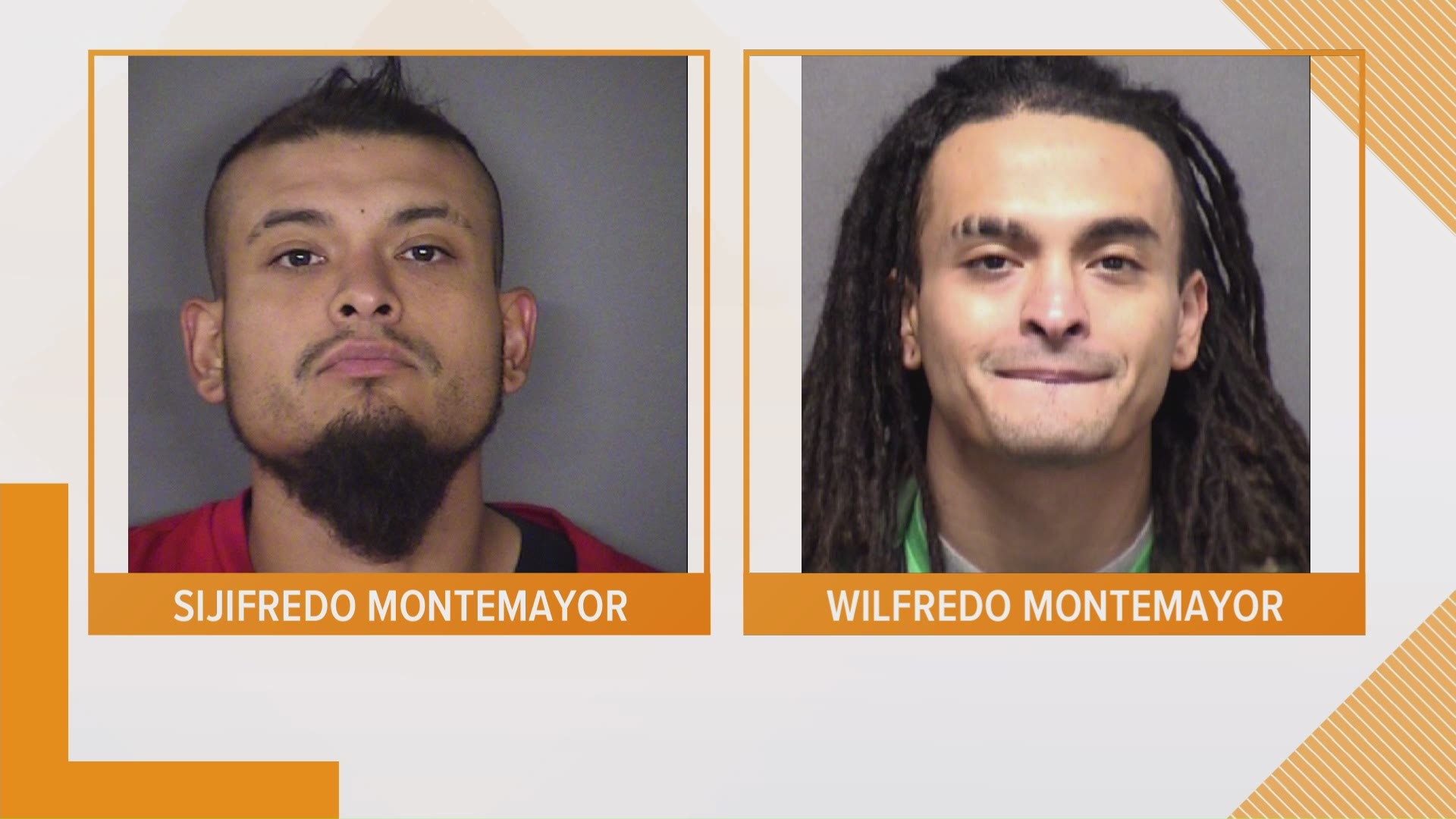 The first suspect, who BCSO identified as Sijifredo Montemayor, was said to be driving the vehicle involved in the incident. He is 30-years-old, 5'10" and weighs 150 pounds. He has short black hair and brown eyes.

The second suspect, identified as Wilfredo Montemayor, was said to be the passenger and the shooter in the incident. He is described as 27 years old, 5'11" and weighs 150 pounds. He has black dreadlocks and brown hair.

Crime Stoppers is involved in the case. So, if you have information about the incident, you are urged to contact 210-224-STOP. A reward will be offered for information leading to arrests.

"We want those folks in jail," said Sheriff Salazar.

DEVELOPING - These are two recent mugshots of the brothers authorities are looking for in connection with the shooting of the Balcones Heights police sergeant. Sijifredo Montemayor and Wilifredo Montemayor are still on the run. #kens5eyewitness pic.twitter.com/ClE5gsQkD0 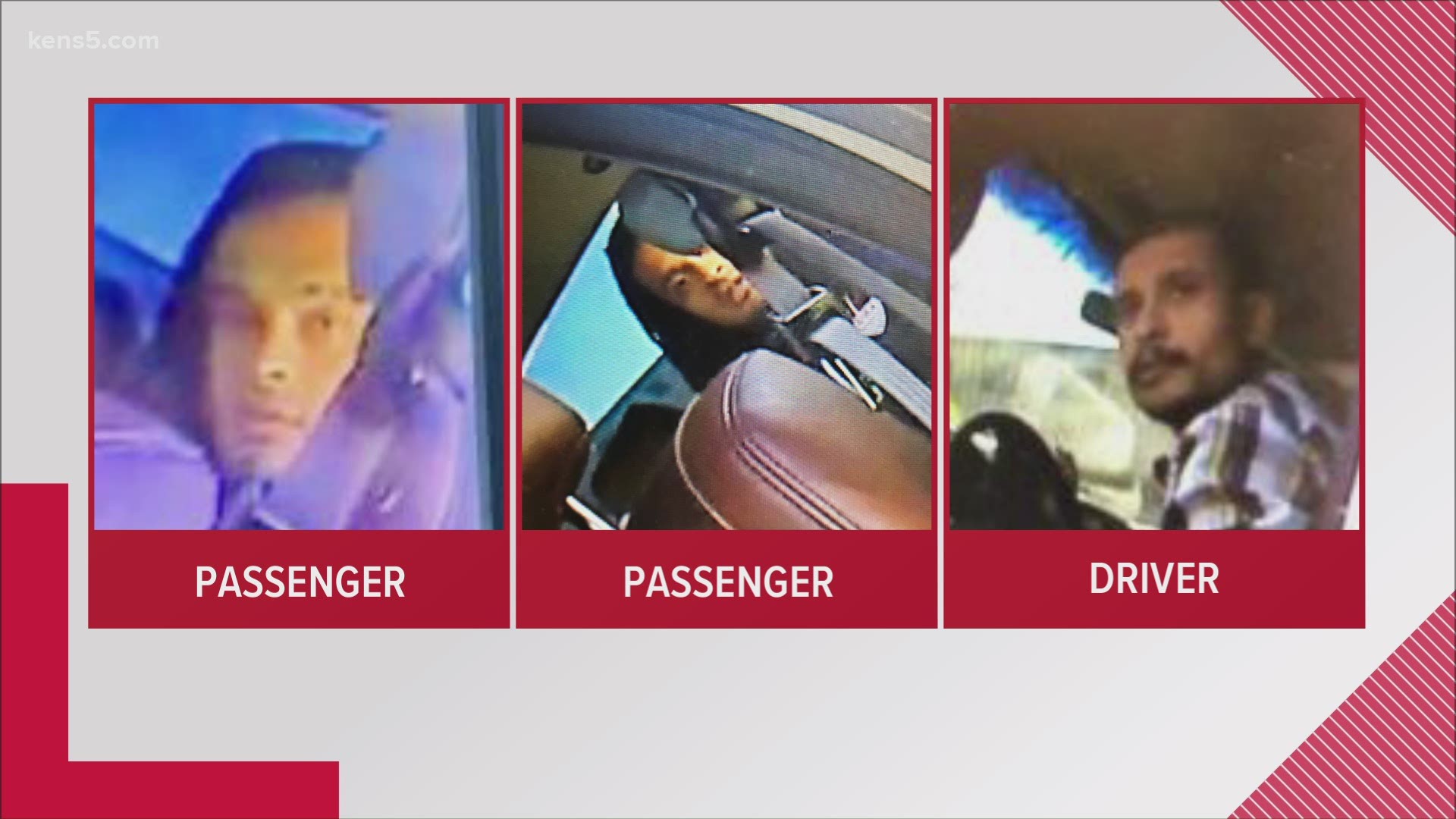 According to the sheriff, the suspect shot Balcones Heights Police Sgt. Joey Sepulveda point-blank and kept shooting him after he ran for cover behind a vehicle.

Salazar said the driver in the incident was injured when another police officer returned gunfire. The sheriff called the shooting "heart-wrenching," and that he'd never seen anything like this before in his career.

Sepulveda, an 18-year veteran of the department, was critically hurt and had surgery Wednesday afternoon. According to officials, he had injuries to his neck, shoulder, and arms.  According to Balcones Heights Mayor Suzanne de Leon and Sheriff Salazar, another quick-thinking officer, Officer Edgard Ortiz, is credited with saving his life.

"He was able to return fire and drag that officer back to safety and threw him in the sergeant's patrol vehicle. And took off," the sheriff said.

The Balcones Heights mayor said this is like someone in her family getting hurt.

"He is just an amazing person," she said. "Someone, who is when he walks into the room you know you are safe." You know he has got you covered."

The incident was reported at 6945 IH-10 West, which is the address for the SOL Apartments in Balcones Heights, on the southeast side of the I-10 and Loop 410 interchange. That was just before 2 p.m.

Police said suspicious persons or a possible burglary of a vehicle call led up to the shooting. Investigators said Sgt. Sepulveda talked to the suspects and at some point felt threatened, so he drew his gun.

"He may have seen a weapon, we don't know what he saw," the sheriff said Wednesday afternoon. "Something made him feel threatened, because soon thereafter he started taking gunfire."

Salazar said Officer Ortiz stepped up and fired back, and then drove Sepulveda to a nearby hospital.

The sheriff said his office is investigating three crime scenes: one where the shooting took place, another where the suspect dumped crime scene evidence, and a third where the vehicle police were looking for was located.

A photo of a third suspect was released earlier Wednesday. Law enforcement are continuing their search for his whereabouts, as of Wednesday night.

North East ISD officials said an elementary school in the area, Dellview Elementary, was placed on "lock-out," meaning no one comes in or out. Wednesday was an early dismissal day, so most of the students and staff members were gone at the time of the incident.

The sheriff's office asks anyone with any information on the three suspects to contact them at (210) 335-6000.