Jose Martinez is a healthy 42-year-old but the coronavirus nearly killed him. 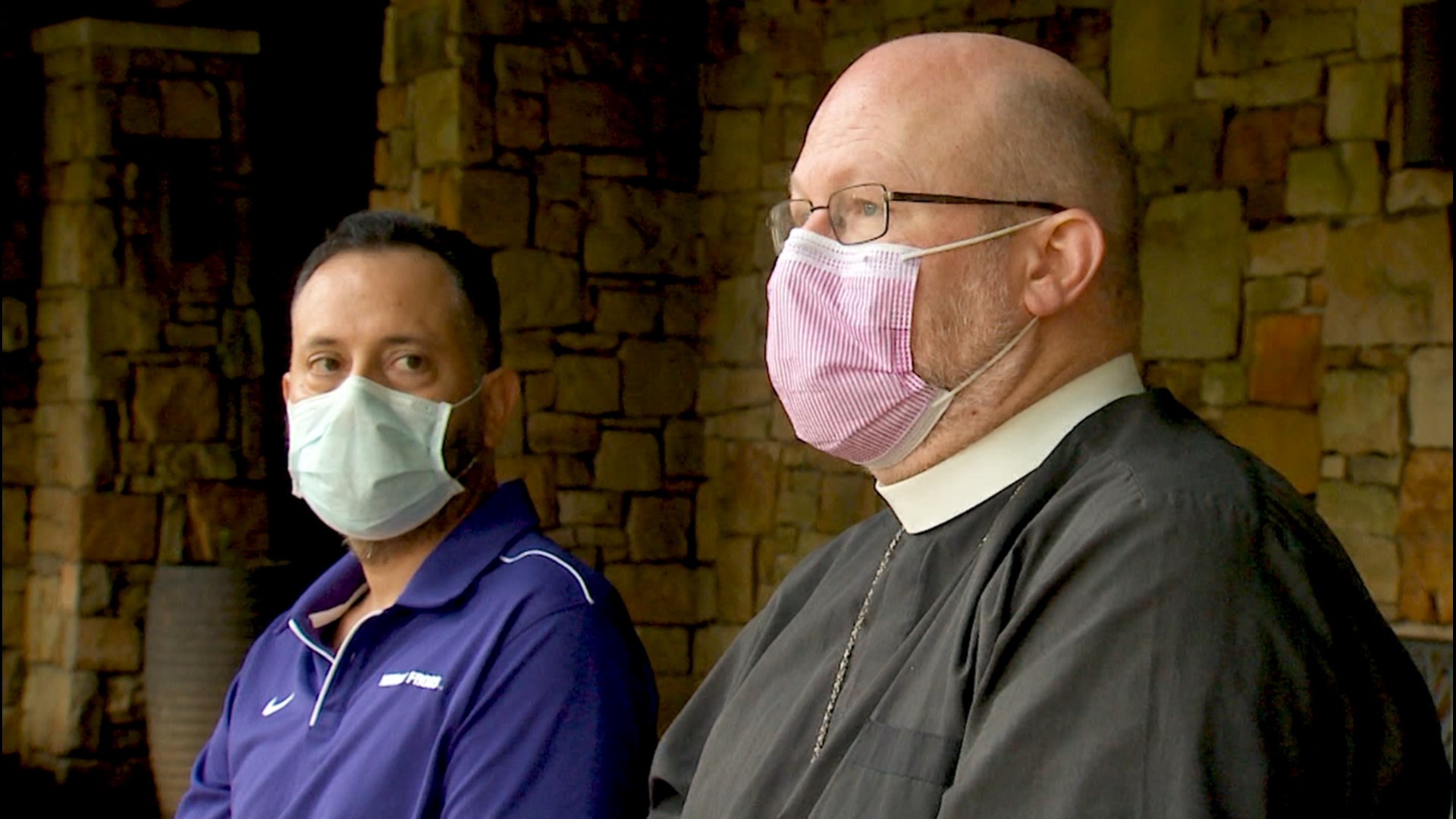 FORT WORTH, Texas — Jose Martinez’s case started like countless others. He thought he just had a bad case of the flu.

After several days, a negative flu test and treatments that weren’t working, the otherwise health 42-year-old ended up at Texas Health Fort Worth and was eventually confirmed positive for COVID-19.

Treatments weren't working, and he ended up on a ventilator.

“We were saying is there anything else we can do for him? He was not doing well,” Pulmonologist Dr. John Burk said.

RELATED: Fort Worth priest who had COVID-19 calls it the worst sickness he's ever had

“Would I be willing to give my plasma to help someone else out,” Father Pace said, recounting the phone call. “I said, ‘of course’.”

“This person sitting next to me saved my life. Simple as that,” Martinez said. “It’s a blessing that this was able to come together in the short amount of time that it did, because I was running out of time.”

A week later, after 11 days on a ventilator, Martinez walked out of the hospital.

“It’s the one thing we can point to that made a difference in his recovery,” Burk said.

Wednesday was the first time the two met. Martinez’s first words were simply, "thank you."

“I wanted to do whatever I could to help them, because people were dying from this,” Pace said.

Martinez gave Father Pace a statue of Saint Michael, known as a protector.

“I can’t thank you enough that you did what you did,” Martinez told Pace.

Doing what we can to help each other is a proven treatment for times of suffering.

“If that’s all I had to do, then that’s an easy choice,” Pace said. “That’s a really easy choice.”

Anyone who has previously tested positive for the virus can donate if they have tested negative 14-28 days after the positive test or if 28 days have passed with the initial positive test.

Martinez can’t donate for a year because he’s a recipient, but they’re both pushing others to help now, and Pace is scheduled to donate again Friday.