Officials say this is similar to cases reported around the country. No deaths have been reported, but at least a few have come close. 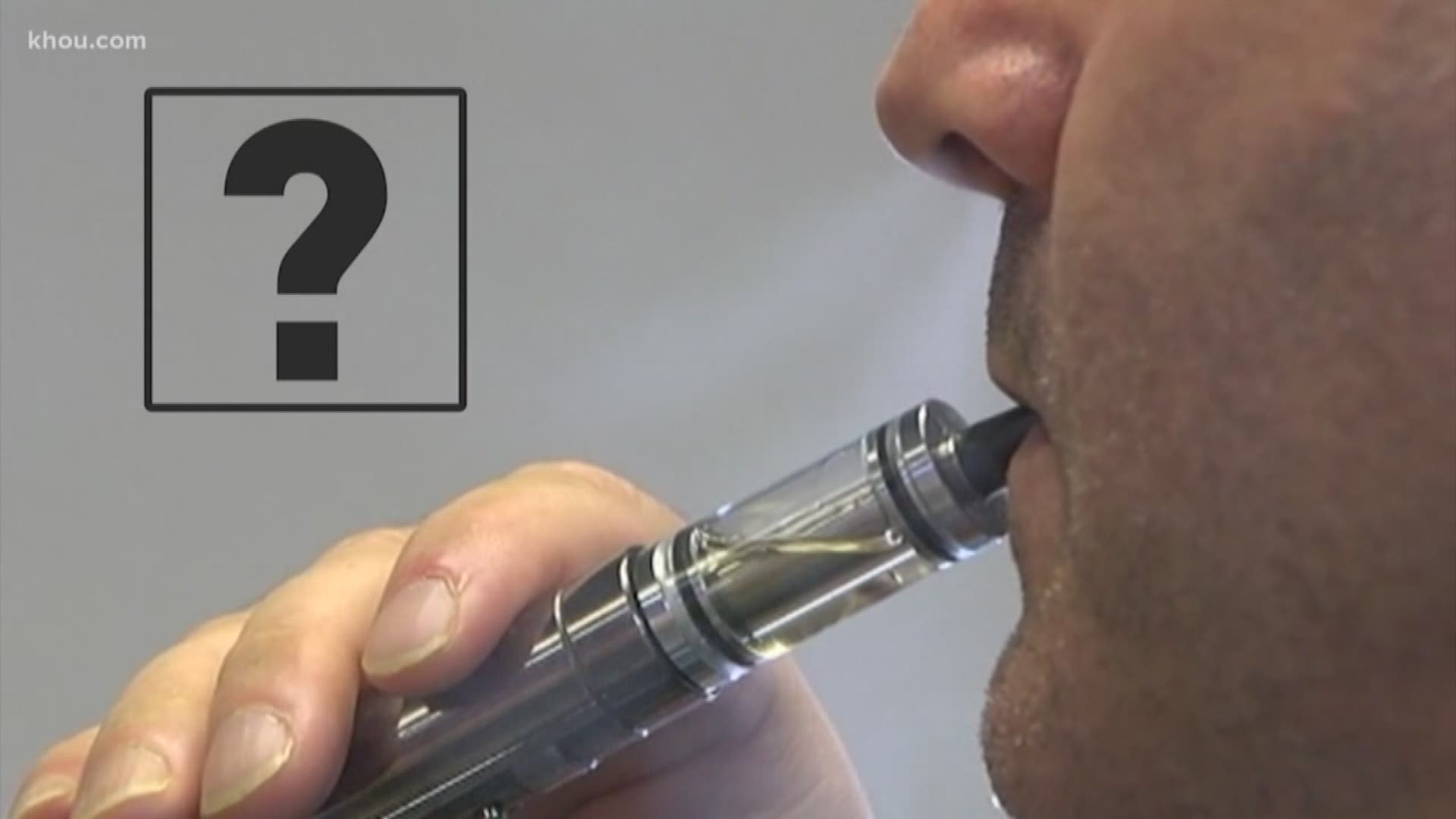 A teen in Texas is the latest person to experience health problems that may be linked to vaping, according to health officials.

A spokesperson for the Texas Health Department confirmed this week that a teen had lung disease after vaping.

It's the first case reported in Texas. There have been similar cases found across the country.

As many as 50 people in at least six states have experienced breathing illnesses that may be linked to e-cigarettes or other vaping products.

No deaths have been reported.

Some patients have likened onset of the illness to a heart attack and others to the flu. Symptoms have included shortness of breath, fatigue, chest pain and vomiting.

Doctors say the illnesses resemble an inhalation injury, with the body apparently reacting to a caustic substance that someone breathed in.

Dr. Melodi Pirzada, a pediatric lung specialist at NYU Winthrop Hospital in New York, said she has seen two cases this summer — one of them in an athletic 18-year-old who almost died.

The only common factor was they had been vaping, she said.

RELATED: Vaping suspected of causing 8 teens to be hospitalized in Wisconsin

Wisconsin health officials on Thursday said they're seen 15 confirmed cases, with another 15 illnesses under investigation. New York state officials are investigating 10, Illinois has seen at least six, and Minnesota doctors this week said they have four more.

California and Indiana health officials have also been looking into reported illnesses.

Health officials have only been counting certain lung illnesses in which the person had vaped within three months. Most cases involve teenagers, but some adult cases have also been reported. No single vaping device or liquid is associated with the illnesses.

Electronic cigarettes have been described as a less dangerous alternative to regular cigarettes, but health officials have been worried about kids using them. Most of the concern has focused on nicotine, which health officials say is harmful to developing brains and might make kids more likely to take up cigarettes.

RELATED: Youth smoking decline stalls, and vaping may be to blame

But some vaping products have been found to contain other potentially harmful substances, including flavoring chemicals and oils used for vaping marijuana, experts say.

Texas State Health Officials are now encouraging health care providers to ask patients of any previous use of vaping products.

The Texas State Health Department is working with the Centers for Disease Control and Prevention, the U.S. Food and Drug Administration and other state health officials that have had similar cases to figure out what’s going on.