UT Professor Dr. Edmond Gordan explains the nodes of racism aren’t in the ‘The Eyes of Texas’ lyrics but in the song’s past. 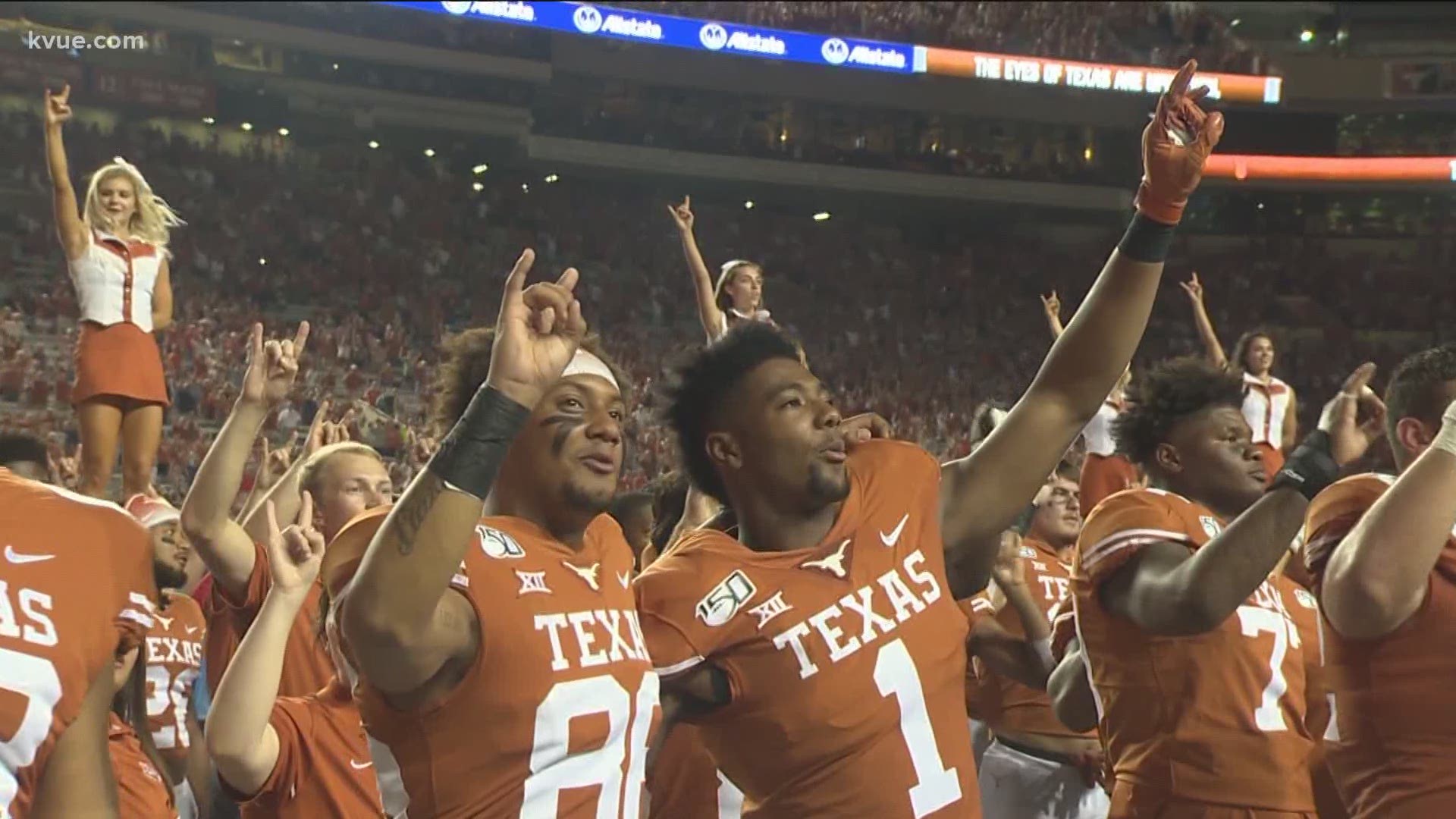 HOUSTON — "The Eyes of Texas," a University of Texas song meant to inspire school pride, is facing renewed criticism after student-athletes requested it be replaced due to its racial undertones.

The song, which was written in 1903, is played before and after every UT sporting event. It’s a melody all UT athletes are required to sing and has become a time-honored tradition.

Here are the lyrics:

The Eyes of Texas are upon you,

All the livelong day.

The Eyes of Texas are upon you,

You cannot get away.

Do not think you can escape them

At night or early in the morn --

The Eyes of Texas are upon you

'Til Gabriel blows his horn.

Few would say those lyrics are racist, but UT Professor Dr. Edmond Gordan explained the nodes of racism won't be found in the "The Eyes of Texas" lyrics but in the song’s past.

Gordan said "The Eyes of Texas" was originally a satirical song once performed at minstrel shows, which are comedic variety shows featuring white performers in blackface.

The Texas Cowboys school spirit association was a key social group on the UT campus for decades. In the past, Gordan said members would put on blackface and perform a sort of a minstrel show each year for their schoolmates.

Gordan said the "The Eyes of Texas" is a satirical rendition of Confederate commander Robert E. Lee’s saying “the eyes of the south are upon you,” which was made popular on the UT campus by former university president William Lambdin Prather.

“Students, as students will do, decided to make fun of that and created a satirical song that have words that were appropriate to the University of Texas,” Gordon said in a recent interview. “Those are the words of the song, and they put it to the tune of a well-known song, which was ‘I’ve Been Working on the Railroad.’”

“I’ve Been Working on the Railroad” is another song with questionable origins.

Princeton students created the song in 1894 to insult black railroad and levee workers. The songs racist lyrics were removed as time went on. However, some historians argue "I’ve been Working on the Railroad" was a folk song created by either black or Irish labors long before then.

The students also requested the renaming of campus buildings, replacing statues and the establishment of outreach program.