"It's gonna help us an awful lot," Gail McClellan said. "People always want to honor our veterans, it's what America is- and he's helping us do that." 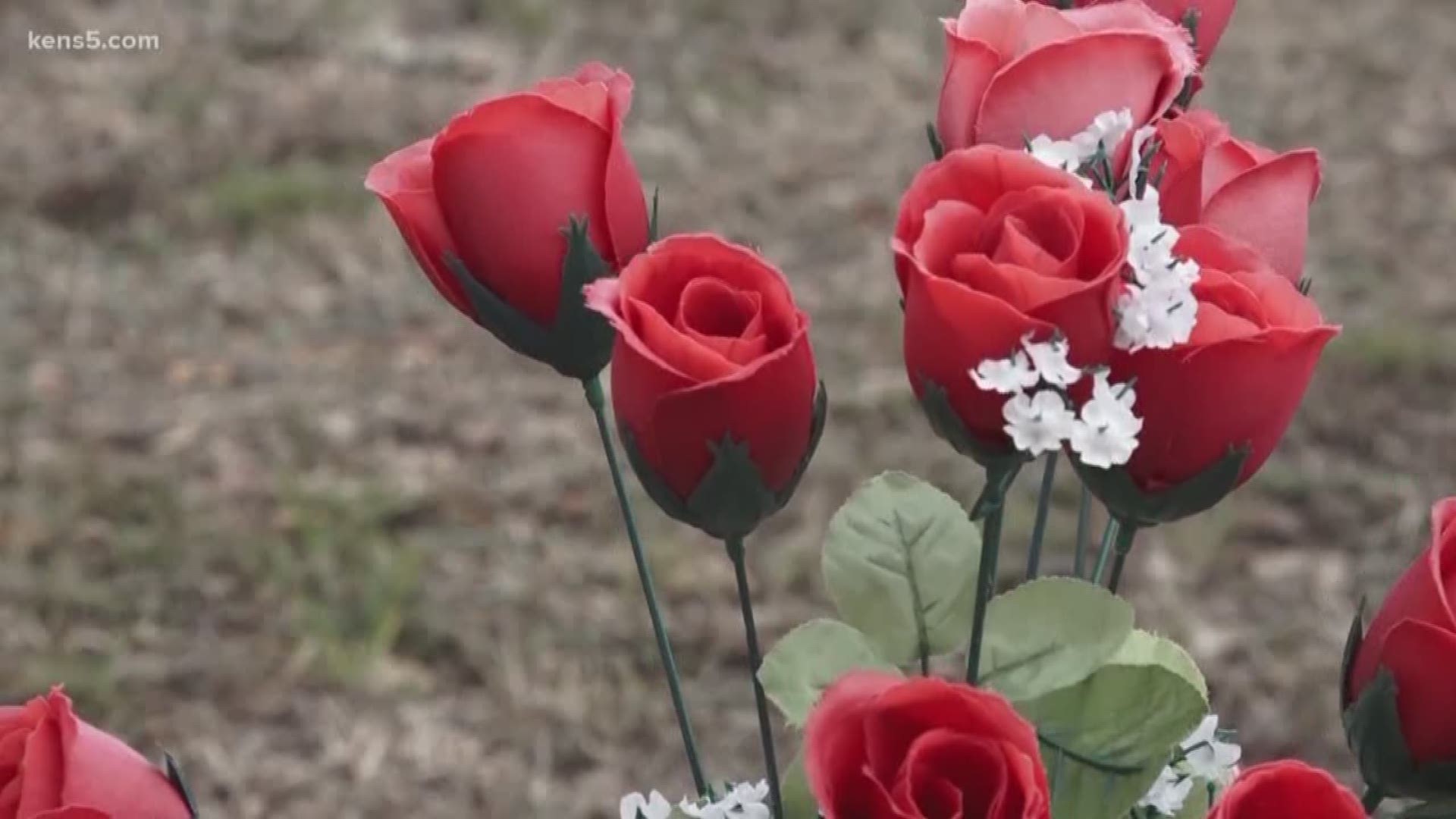 BLANCO, Texas — Volunteers at the Blanco Historical Cemetery Association wanted to honor veterans by offering flag tributes, but encountered a consistent problem. Wind would knock over flags, and the holders they tried using wouldn't do the job.

"We’ve had the copper holders and they’re great, but they fill up with dirt, and also, when you weed eat the cemetery, you break the flagpoles," said BHCA volunteer Gail McClellan. McClellan had seen a possible solution at another cemetery, but it would take time, work and donations to implement.

Meanwhile, Boy Scout Troop 441 member Nathan Burden was looking for a service project to fulfill requirements to attain the rank of Eagle Scout. Burden had a special place in his heart for veterans.

"My whole family- my dad, my grandpa, my great-grandpa, they’ve all served," Burden said.

Burden began working with Keith McClellan to design and implement a solution.

"This main part is rebar with a metal conduit the flag is in and it has two washers, so that way when it goes in, this washer will meet, and it has an elevation to it, it’s pretty simple," Burden said.

Burden says Dripping Springs business Patriot Erectors offered to donate rebar and conduits and to cut the rebar. Burden will help organize volunteers to put the flag holders in place, and says he'll be presenting the idea to at least one other cemetery.

The holders will be color-coded so volunteers know which type of flag to insert.

"It’s gonna help us an awful lot," Gail McClellan said. "People always want to honor our veterans, it’s what America is- and he’s helping us do that."