Investigators say the person who shot him -- DeArthur Pinson -- took his own life on Saturday. 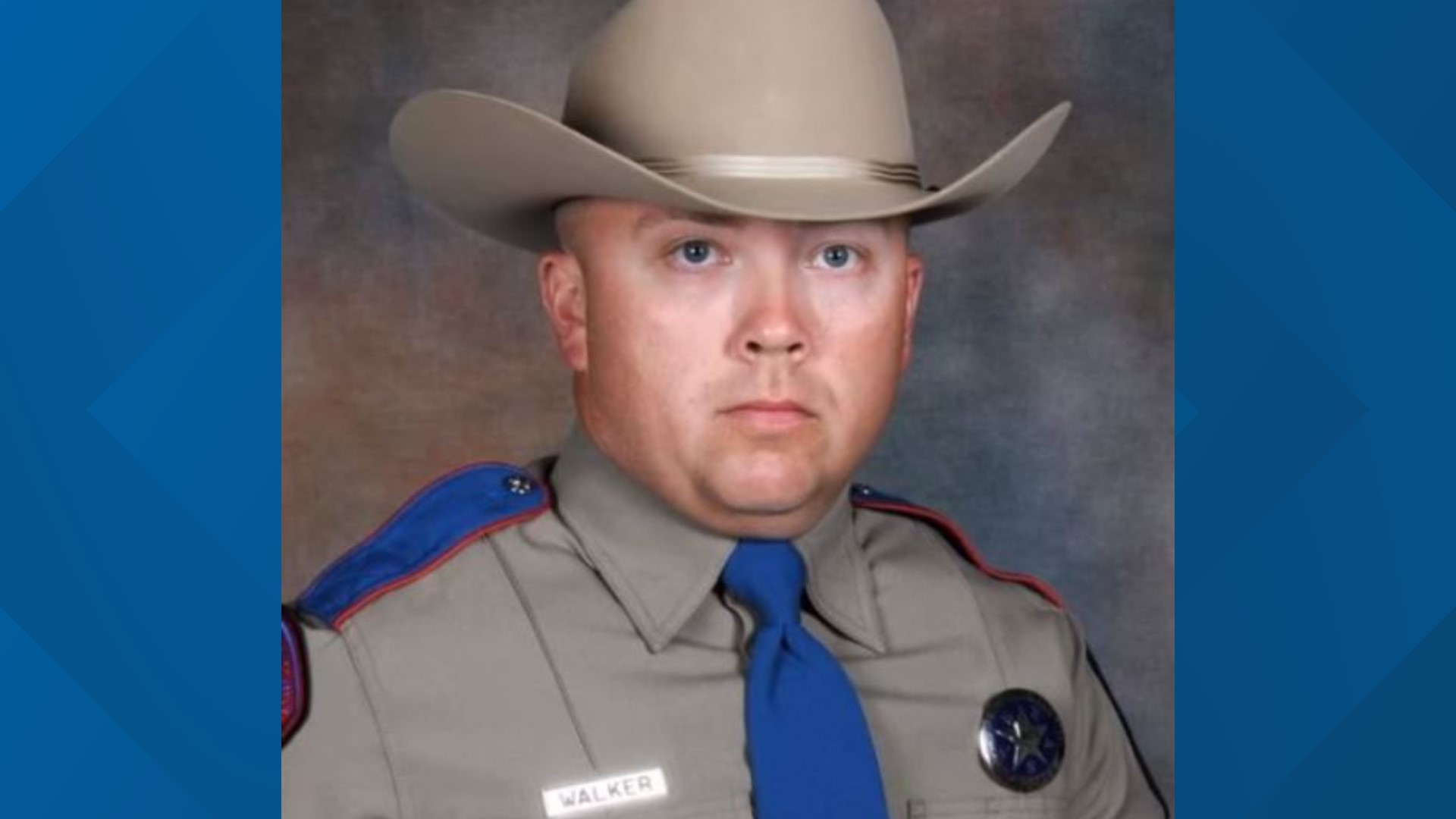 MEXIA, Texas — A DPS trooper who was shot in an ambush Friday night remains in critical condition. And the department is asking for prayers for him and his family.

Trooper Chad Walker was shot when he stopped to help a driver along FM 2838 near Mexia Friday. DPS officials say that driver, identified as 36-year-old DeArthur Pinson, jumped out of that car and shot Walker in the head and abdomen.

Walker was airlifted to Baylor Scott and White Hospital in Waco.

A Blue Alert was issued for Pinson Saturday morning. Later that day, Pinson died near Mexia from what deputies said was a self-inflicted gunshot wound.

Walker has been listed in critical condition since the shooting. On Sunday night, the Texas DPS confirmed his condition remained the same and asked for prayers.

Trooper Walker is still alive but remains in critical condition. Your thoughts and prayers for him and his family are much appreciated 🙏🏼💙 pic.twitter.com/v8gq8VICub

According to our sister station, KCEN in Waco, Walker and his wife have a 15-year-old son, twin 7-year-old daughters and a 2-month-old daughter.