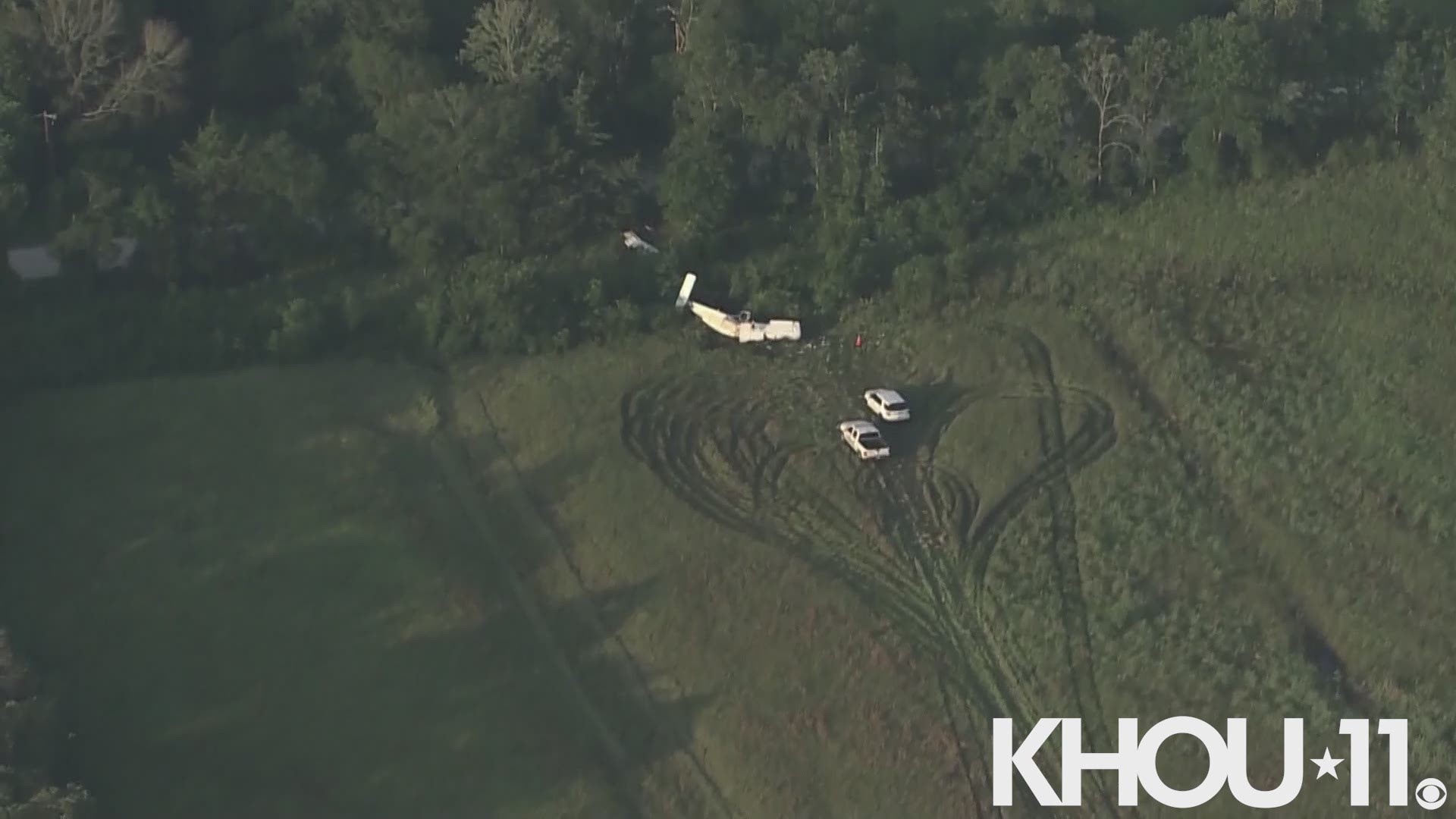 MADISON COUNTY, Texas — At least one person was killed and five others were hurt when a small airplane crashed at a Madisonville airport early Monday, Sgt. Ruiz with Texas DPS says.

Note: the video in this story is a raw clip from Air 11 with no audio

Those injured were taken to hospitals in the College Station area in unknown condition.

DPS says the single-engine aircraft crashed just short of the runway around 1 a.m.

The aircraft's tail number was not immediately confirmed.