Collier was the 2018 Democratic nominee against Patrick and lost by 5 percentage points. 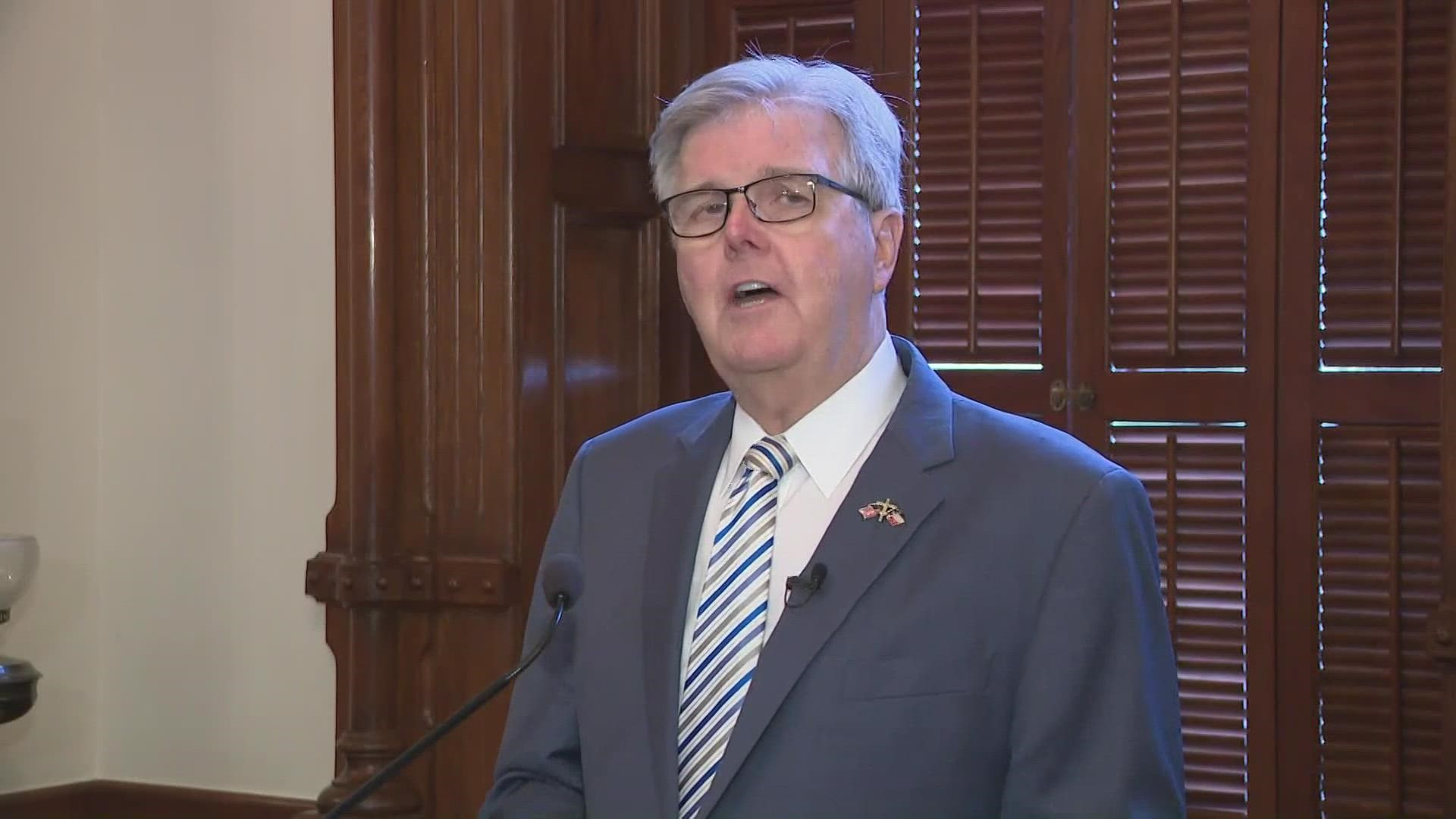 AUSTIN, Texas — (The Texas Tribune) — Mike Collier, the 2018 Democratic nominee for lieutenant governor who lost to Dan Patrick by 5 percentage points, is gearing up for another run.

Note: the video in this story is Dan Patrick's comments on Texas election bills from April 6, 2021

Collier is launching an exploratory committee to challenge Patrick again next year, though he said it is more of a "confirmatory" committee and that he is "intent on doing this."

"This is a rematch, and it's all about holding Dan Patrick accountable," Collier said in an interview, arguing that two major recent events — the winter weather emergency and coronavirus pandemic — have shown "what poor leadership does in the state of Texas."

Collier, a Houston-area accountant, said he plans to pitch himself much like he did in 2018, playing the mild-mannered policy wonk to Patrick's conservative firebrand. But he said he believes he has additional factors working in his favor this time, and not just the recent crises that have put a harsh spotlight on Texas Republican leaders. He has assembled a top-flight campaign team, is better-known statewide than ever and believes President Joe Biden will be an asset, not a liability, next year in Texas.

Collier remained politically active after his 2018 run, continuing to criticize Patrick and endorsing Biden early in the 2020 primary. Collier went on to serve as a senior adviser to Biden's Texas campaign in the general election.

Collier's campaign-in-waiting includes alumni of Biden's campaign both nationally and in Texas. Collier is working with ALG Research, Biden's pollster, as well as Crystal Perkins, the former Texas Democratic Party executive director who was Biden's finance director for a region that included Texas.

Collier acknowledged he needs to raise more money than he did in 2018, when he collected $1.3 million over the two-year election cycle, a fraction of Patrick's fundraising. However, Collier said his team has "already been in communication with the donors [for 2022] and we feel very bullish about that."

A 2022 run would be Collier's third statewide campaign. Before challenging Patrick in 2018, Collier ran for comptroller in 2014 and lost to the current GOP occupant of that office, Glenn Hegar, by 21 points.

“I think it’s an asset that I’ve run because it’s a big state, it’s a complicated state," Collier said. "One of the reasons that we don't win statewide is that the state is so large, and it takes a tremendous amount of experience and relationships" to win.

If Collier makes his campaign official as expected, it would give Democrats an early and serious contender as they look to build their 2022 statewide ticket. Beto O'Rourke continues to keep the door open to challenging Gov. Greg Abbott, even after saying last week he currently has "no plans to run."

Scandal-scarred Attorney General Ken Paxton could be the most enticing target for Democrats. Joe Jaworski, a Galveston lawyer and former mayor of the city, has already been running against Paxton for months. Meanwhile, Lee Merritt, the famous civil rights attorney from Collin County, announced last month that he planned to challenge Paxton, though he did not immediately say whether he would run as a Democrat, Republican or something else.

Patrick has repeatedly said that he will run for a third term next year — and that it would be his last term as lieutenant governor if he wins.

Collier's anticipated challenge comes as the Patrick-led Senate receives national attention for passing Senate Bill 7, which would institute new, sweeping voting restrictions in Texas. After the Senate approved the bill last week, Collier denounced it as a "significant, unnecessary attack on the right to vote of every Texan."

Patrick's campaign did not return a request for comment on Collier's 2022 plans, but his office announced Monday afternoon that he would hold a Capitol news conference Tuesday morning on the voting legislation.

Collier is kicking off his likely campaign by spending the week touring West Texas, starting Tuesday in Amarillo.

Collier said his appeal in rural Texas would be "very important" to his chances in 2022. Three years ago, he got more votes than Beto O'Rourke, then the U.S. Senate nominee, in 171 of the state's 254 counties.

Mary Duty, chairwoman of the McLennan County Democratic Party, said Collier is "not wild and crazy — he's not a socialist."

"He doesn't fit the mold that Republicans like to give Democrats," Duty said. "He's a thoughtful man, knows what the heck he's doing and he's ready to take on fixing Texas. And I am ready — I'm ready to go. I've been excited about this possibility for months."