Senate Bill 7 would limit voting hours to between 6 a.m. and 9 p.m. and get rid of drive-thru voting. 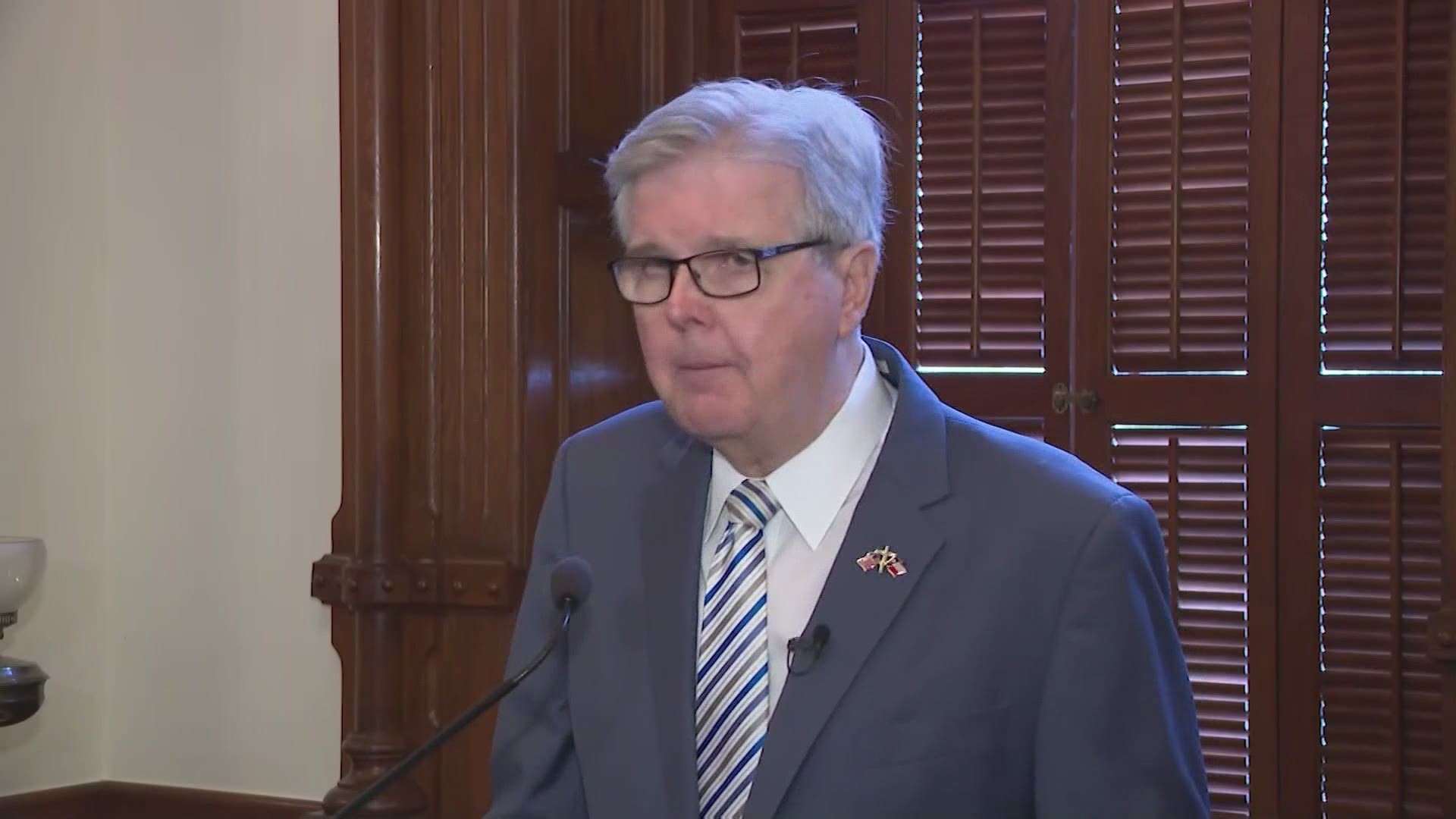 HOUSTON — Lieutenant Governor Dan Patrick fired back Tuesday against critics of a controversial voting bill advancing through the Texas Legislature while opponents urged more corporations to follow the lead of American Airlines and Dell and speak up against the measure.

Senate Bill 7 would limit voting hours to between 6 a.m. and 9 p.m. and get rid of drive-thru voting. It would also forbid elections officials from encouraging voters to fill out mail ballot applications.

Democrats call taking away those options voter suppression, while Republicans say this bill is about voter security.

“I have news for Harris County: you’re not the capital of Texas,” Lt. Gov. Patrick said during a news conference Tuesday morning.

He pushed back against claims Senate Bill 7 will suppress votes.

The lieutenant governor said the bill includes measures that will boost confidence in the elections system.

“Senate Bill 7 requires a paper backup for every ballot,” Lt. Gov. Patrick said. “Mr. American Airlines, are you OK with that? I just want to check.”

When asked by a reporter if companies speaking out should lose tax incentives, the lieutenant governor replied, “This is not a quid pro quo. We don’t punish people because they disagree with us.”

Around the same time Tuesday morning, Democrats, activists and other opponents held a virtual press conference to denounce SB 7, which they believe will lead to voter suppression and intimidation.

The bill allows poll watchers to record voters if they believe any ballot assistance is unlawful.

“Statistically speaking, you are more likely to be struck by lightning in the state of Texas than you are to encounter voter fraud,” said Beto O’Rourke, a former Democratic congressman from El Paso.

Albright said opponents are planning a press conference and rally outside AT&T headquarters in Dallas on Thursday morning.

“As a result, Georgia’s the best example, these changes in laws are not likely to mute the voter turnout,” Stein said. “If anything, it’ll be a draw, no effect. It may be more likely that it creates a backlash.”

The Texas House could take up SB 7 as soon as Thursday.