A Corpus Christi family is thankful their 7-year-old son was unharmed after a bullet pierced through their home two weeks ago. 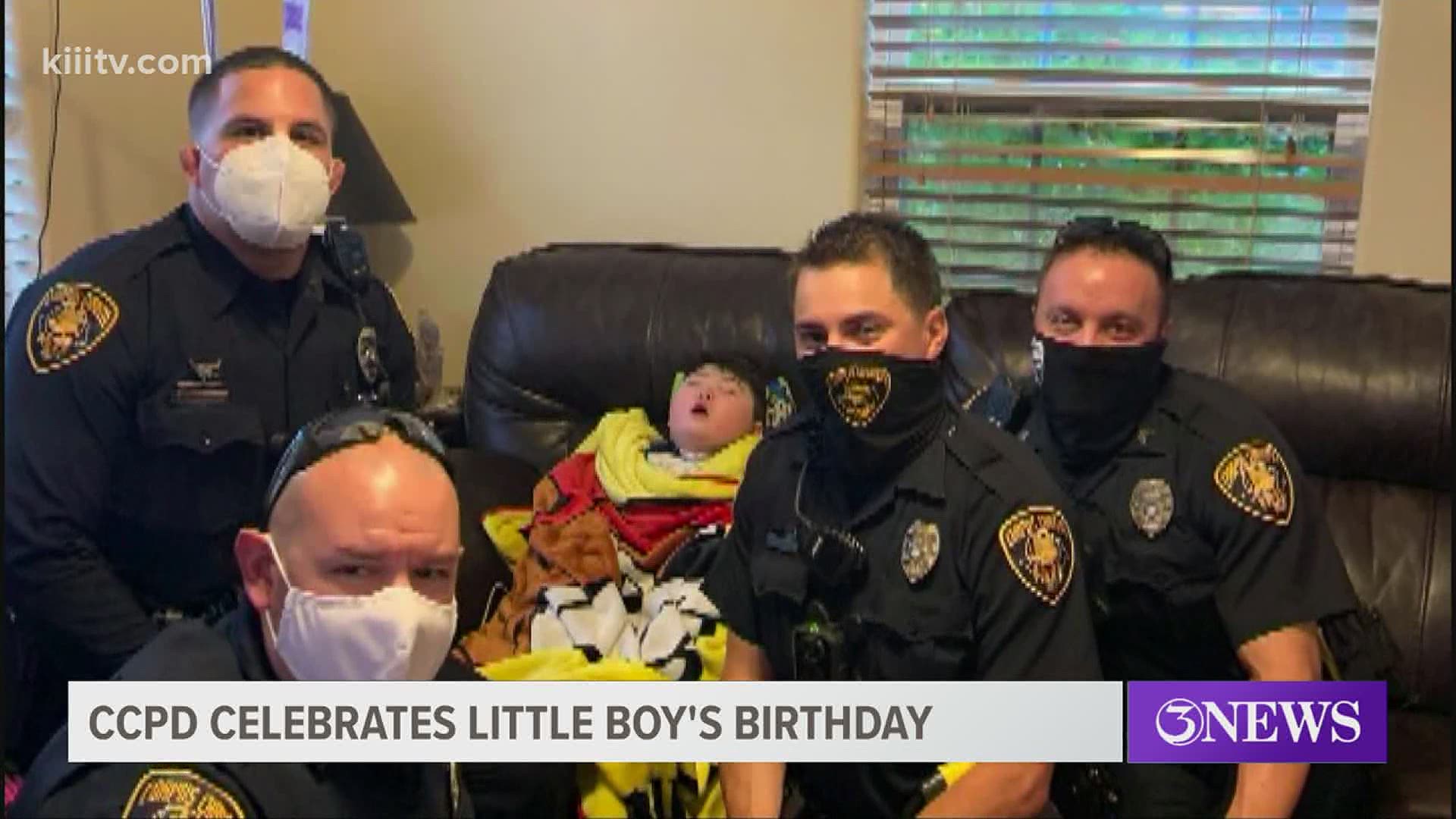 CORPUS CHRISTI, Texas — A Corpus Christi family is thankful their 7-year-old son was unharmed after a bullet pierced through their home two weeks ago. His family said he is blessed and now he might have a few more guardian angels on his side.

During the late hours two weeks ago, Lorena Rodriguez said she woke up to what she thought was a break-in.

"It was two something in the morning and all of a sudden my alarm was triggered," Rodriguez said.

She immediately ran to her 7-year-old son's room.

"His night nurse, I go, 'did you hear something before my alarm went off?' and she said 'yes there were gunshots,' Rodriguez said.

She started checking around her house.

"I see this hole, clearly it was a bullet hole and it just shook me to the core I was so scared," Rodriguez said.

Her toaster oven stopped the bullet in its tracks.

"If that toaster wasn't there, it would have gone straight into the wall, which, like I said, is where Dominic's room is," Rodriguez said.

No one was hurt, but Corpus Christi police said there was a drive by shooting in the area. They took the family's information that night and promised to catch the people responsible.

It was a close call, but not the first for young Dominic Rodriguez. He has a rare disease that requires him to have around the clock care. His chances of survival were slim from birth, but he continues to beat the odds.

"We found out he has boy retts and even the boys that are born and are here don't live passed six years old and Dominic just turned seven," Rodriguez said.

Dominic has a neurological disorder that affects speech mobility, breathing and growth. According to the Rett Syndrome's website, the syndrome occurs worldwide in one of every 10,000 female births, and is even rarer in boys.

'"Came into this world fighting and then at four months old started regressing," Rodriguez said.

Rodriguez said her son was in and out of the hospital, requiring 24 hour nurse care and starting to have seizures.

"I always say that it took my baby away because it took his smile, it took his vocals, it took his personality, you know, even though Dominic was regressing, you still saw him," Rodriguez said.

With constant care, he's beating all of the odds and meeting some new friends along the way. On Sunday, there was a special knock on the door.

Not only had police found and arrested the suspects from the recent drive-by, but they brought Dominic a birthday gift.

Rodriguez invited the officers from the CCPD Gang Unit inside to meet her son. They went the extra mile to make Dominic feel not only safe, but loved.

"There's good people out there and y'all proved that yesterday -- that y'all do an amazing job and the fact that y'all thought about my baby that just, it just touches me," Rodriguez said.