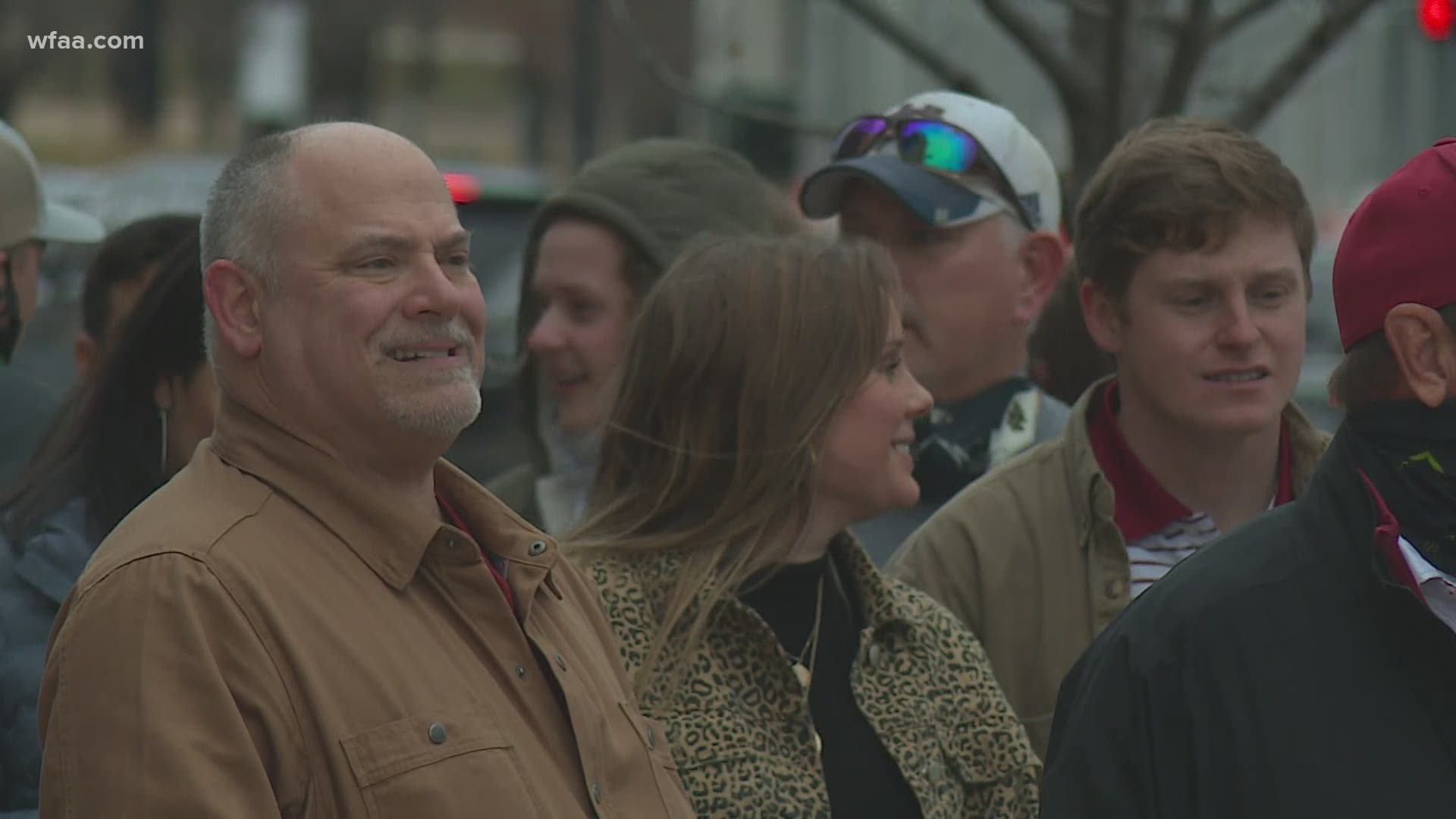 After the NBA suspended its season in March, the rest of the sports world quickly followed suit leaving fans with a months-long famine of sporting events.

But on New Year’s Day 2021, the cup runneth over for in Arlington.

Not only did the city play host to a College Football Playoff semifinal game at AT&T Stadium but a tripleheader of marquee high school football playoff matchups took place at Globe Life Park.

A feast of football for excited fans but also watched closely by some nervous healthcare officials who warned against the risk.

“Everybody is being safe and wearing their mask,” said Reed Woodson who made the trip from Nashville to root for the Alabama Crimson Tide in the team's college football matchup with Notre Dame in the Rose Bowl Game.

It is becoming a familiar solution for mega sporting events looking to salvage what they can during the pandemic. If you need a place to play, go to North Texas.

After Globe Life Park hosted the World Series in October as a neutral site, the Rose Bowl decided to leave its traditional hallowed grounds for AT&T Stadium after California's COVID-19 restrictions forbid fans from attending.

College football capped attendance for Rose Bowl attendance at 16,000. That is less than the typically limited capacity seen for Dallas Cowboy games this season.

Still, the risks that ultimately moved the game to Texas are still very much present. Tarrant County saw COVID-19 cases and hospitalizations reach a peak this week and some healthcare officials urged fans to stay home to watch on television.

Alabama and Notre Dame fans seemed unfazed while waiting in long lines to get into Texas, helping make up lost time and money for nearby businesses hurt by the pandemic.

“We spent the night in a hotel and went to a concert last night,” said Notre Dame fan Eric Boatwright after driving from Iowa.

Alabama fan Jim Outlaw said by moving the game from Texas to California, it allowed him to drive instead of fly. It also gave him a chance to check out the Fort Worth Stockyards and JFK sites he had been wanting to visit.