HEARNE, Texas - The City of Hearne has filed a lawsuit against its former mayor who organized a petition for a 'forensic audit.' 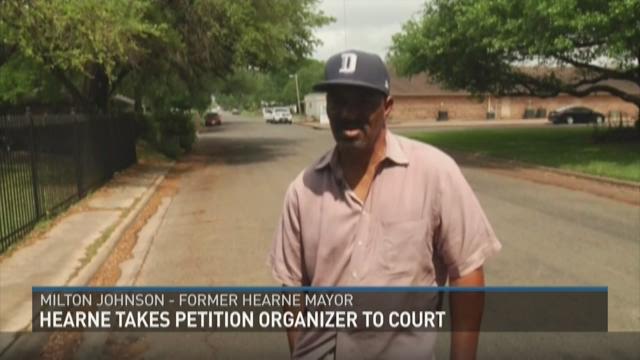 HEARNE, Texas - The City of Hearne has filed a lawsuit against its former mayor who organized a petition for a 'forensic audit.'

Milton Johnson helped gather more than 500 signatures in hopes of getting an item on a ballot that would allow Robertson County to conduct an audit of the city's finances.

The city is now suing Johnson over the petition, who says he's not at all surprised.

According to paperwork filed by the City of Hearne in Robertson County, the city claims a county official has no authority to conduct an audit because it would violate the city's charter, something the district attorney agrees with.

Regardless, Johnson says it's just another attempt by the city to deny the truth.

"They've become entrenched, so to speak, in city government and they don't listen to people," said Johnson. "They're just selfish and what ever motives they may have and I'm pretty sure they know what the audit will show."

Both the city's manager and the city's attorney are in agreement that the county has no authority over the matter.

Attorney Brian Russ says any type of issue concerning an audit would have to be dealt with by the city.

The city also says it isn't seeking any compensation from Johnson regarding the case. It just wants a formal answer from a Judge so everyone can move on.