'A bond that was just meant to be': Texas first grader's simple gesture almost 50 years ago turns into lifelong friendship

Kimberly Patman cried her first day of school, being the only Black student in her first grade class. A simple gesture from LeeAnn Polster changed her day and life. 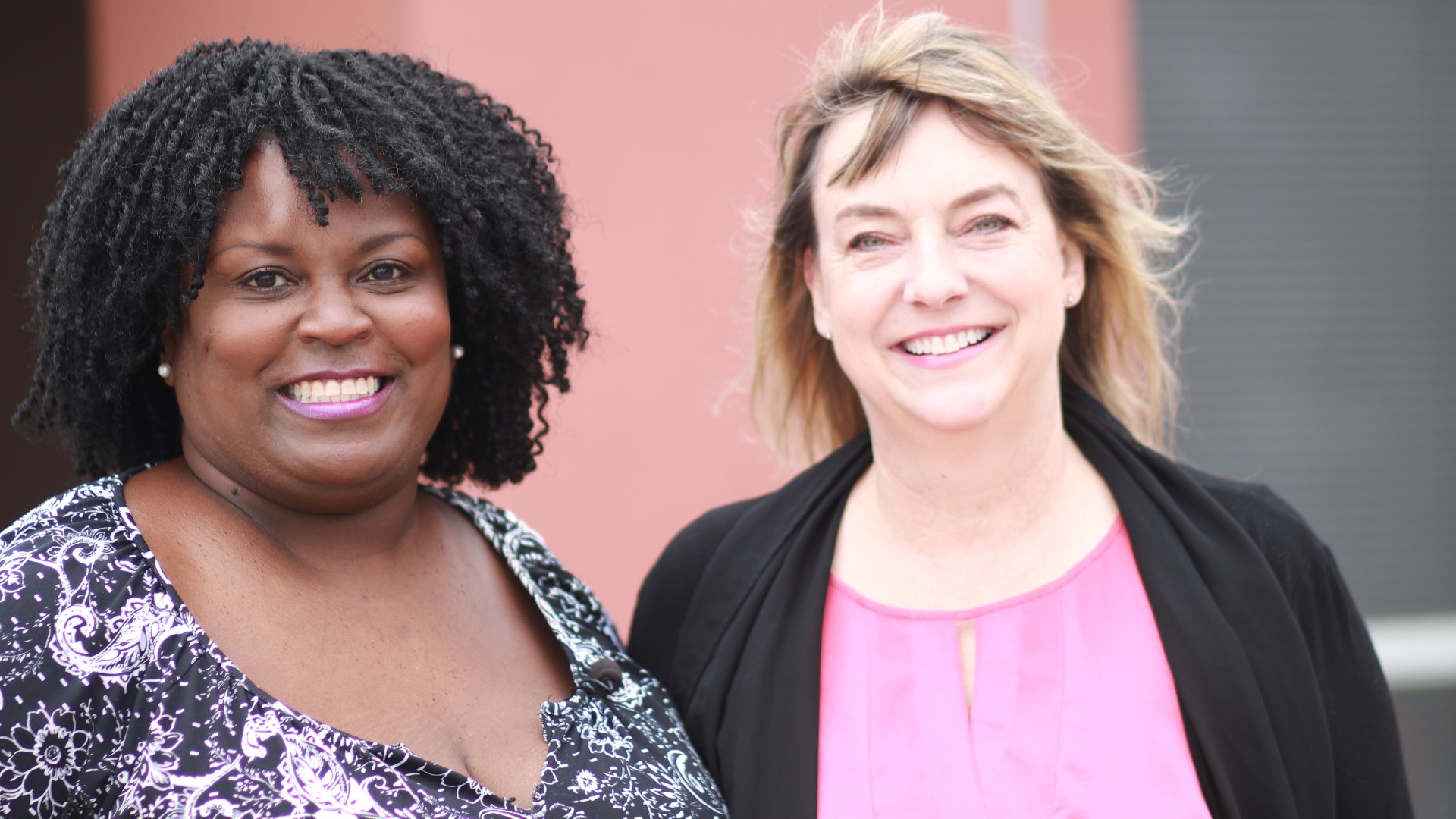 CEDAR HILL, Texas — Bray Elementary School has been around for more than 120 years. It's not a big school, with around 300 kids.

Back in the 70s, a simple gesture from one first grader to another created a lifelong relationship.

Kimberly Patman went to kindergarten in Dallas before moving to Cedar Hill in first grade. She attended Bray Elementary.

Patman came from the first Black family to enroll in Cedar Hill ISD, an area with few Black families in the 1970s.

"The first day of school, I was so afraid and cried because everybody was different from me," Patman said. "Everybody was white and I was Black, so I was just scared. I don't know why I was scared but I was scared."

Patman said she continued to cry until something happened at recess that first day.

"A little girl came up and tapped me on the shoulder and asked me why I was crying and told me not to be scared and that she would be my friend," Patman said. "Then I was happy. I was joyful. I was just so happy to have somebody to talk to because nobody had talked to me all morning."

That little girl was LeeAnn Polster. She and her family grew up in Cedar Hill.

"I don't remember that specific story," Polster said, reflecting on that gesture towards Patman. "Kim has told me the story and how much it touched her and meant to her, so I know it's been a big part of her life."

What Polster said she does remember is the friendship created afterward.

"Kim is very outgoing and everybody loves her, and I definitely was much more quiet as a kid," Polster said. "I think that's part of why we click.

These two didn't go to school together from third through fifth grade, but they joined back up in sixth grade. They both say their friendship started back up right away.

"She's so easy to get along with," Polster said.

Credit: LeeAnn Polster
LeeAnn Polster (left) and Kimberly Patman (second from left) take a group photo with some of their high school friends.

"We've always been friends," Polster said. "Now that everybody is empty-nesters, we've kind of even connected more."

"It was a bond that was just meant to be," Patman said.

"Friendship and kindness and commitment are such amazing pillars that we instill in kids every day," Miller said. "Their story is what we really need to hear right now."

Credit: Michael Sudhalter
Kimberly Patman and LeeAnn Polster take a photo with some of the Bray Elementary School first-graders they met with.

It's also a story that Patman said she will never forget.

"It just takes somebody to have a kind heart and to reach out to somebody," Patman said. "I don't know how long I would have been scared. But that made a big difference in my school years. In my life."

"It really touches me that it means so much to her," Polster said.

Credit: LeeAnn Polster
Kimberly Patman and LeeAnn Polster try to meet up and see each other as much as they can throughout the year.